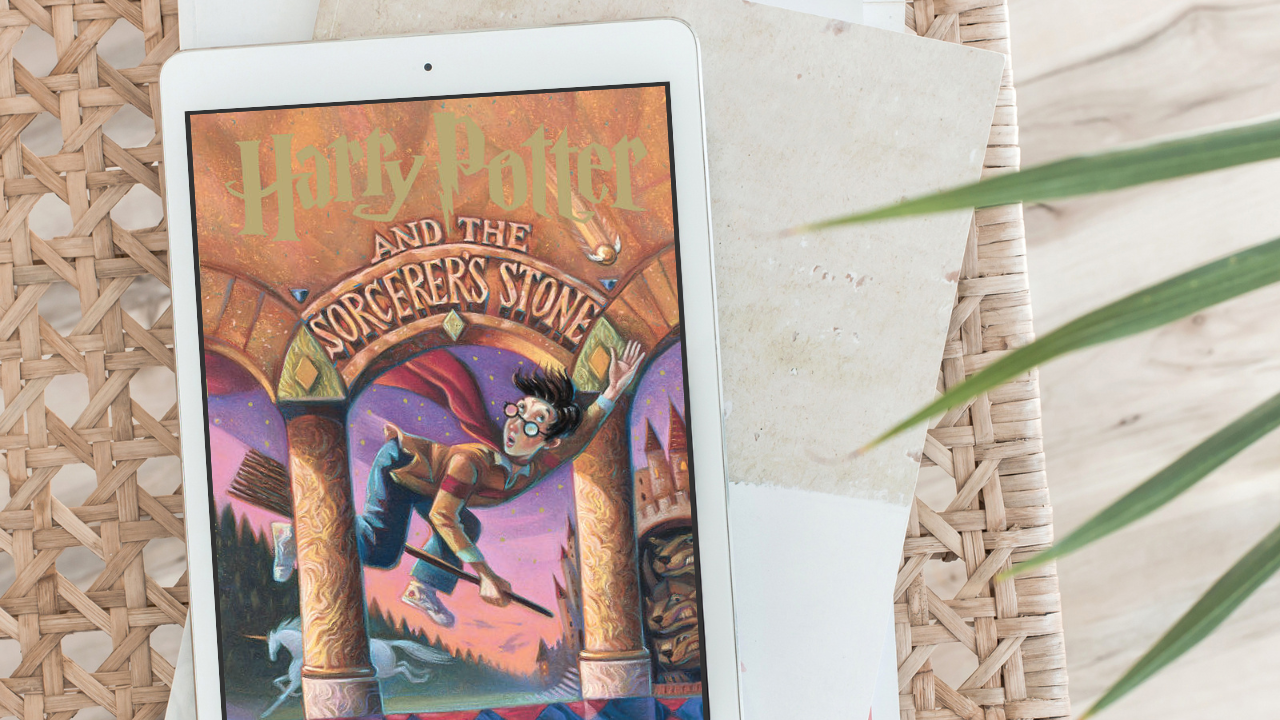 So, in today’s post, we’re going to look at the first chapter of Harry Potter and the Sorcerer’s Stone by J.K. Rowling. And we’ll look at the chapter in two different ways:

There are two scenes within this first chapter. Here’s a quick summary of each scene before we look at the high-level analysis:

Scene 1: Vernon Dursley hears and sees strange things on the way to work—a cat reading a map, people dressed in ridiculous cloaks, and even a mention of “The Potters” and “their son Harry.” This stresses him out, but he remains focused on going to work and selling drills. Later, when Vernon gets home from work, he hears an unusual news report that talks about shooting stars and owls flying all over the place during the day. Rather than worry his wife, Petunia, Vernon keeps his observations and fears to himself. He falls asleep feeling confident that even if the Potters are involved in all this nonsense, there is no reason for them to bother him and his family.

Scene 2: Later that night, Albus Dumbledore, the headmaster of Hogwarts School of Witchcraft and Wizardry, meets Professor McGonagall outside of the Dursley’s home. He confirms that all the rumors about Voldemort are true—Voldemort killed Lily and James Potter, and then disappeared after he failed to kill their son, Harry. And not only that, but Voldemort’s powers seem to be gone or broken, as well. Dumbledore tells McGonagall that Hagrid will be arriving soon, with baby Harry in tow. When McGonagall learns that Dumbledore plans to leave baby Harry with the Dursleys, she begs him to reconsider. But Dumbledore believes this is the best place for Harry to grow up, so the three adults deposit Harry on the Dursley’s doorstep and wish for the best.

So, that’s what the first chapter is all about. Now, when analyzing any opening chapter, whether it's from a published novel or a messy first draft, the first thing I look for is a glimpse of the big picture. So, what is this story really about?

Let’s take a look at how J.K. Rowling did this in this very first chapter of Harry Potter and the Sorcerer’s Stone. And to do this, we’re going to use seven questions from Paula Munier’s book, The Writer’s Guide to Beginnings.

Harry Potter and the Sorcerer’s Stone is a middle-grade fantasy novel. The first chapter includes plenty of magical elements; a cat reading a map (who later turns into a human), owls flying all over the place in the daylight, people wearing strange-looking cloaks, a flying motorbike, and Dumbledore’s deluminator. From a reader’s perspective, there’s no doubt that this will be a fantasy story (if that wasn’t already clear from the back cover copy!).

The other thing I think of when it comes to middle-grade fiction is humor–and there’s quite a bit of humor in this first chapter! To name a few examples, the very first line says, “Mr. and Mrs. Dursley, of number four, Privet Drive, were proud to say that they were perfectly normal, thank you very much.” Later, Hagrid is described as having hands the size of trash can lids, and feet that were the size of baby dolphins. It’s the absolute perfect tone for middle-grade readers, and they know exactly what to expect going into the rest of the story.

For this question, I like to look at the content genre of the story. So, what is the story really going to be about? And Harry Potter and the Sorcerer’s Stone is a combination of the action (external) and worldview (internal) content genres.

In the first chapter, we learn that Harry Potter’s parents were murdered by a dark wizard named Lord Voldemort. Harry was the only survivor, and no one can explain how or why he survived (because Harry was just a baby). Dumbledore leaves Harry at the Dursleys, hoping he will grow up in the muggle world, unaffected by fame.

This opening chapter introduces readers to the idea that a) there will be life or death stakes in this story, b) the final confrontation will occur between Harry and Voldemort, and c) Harry will have to come to terms with being “The Boy Who Lived.” In other words, it perfectly sets up expectations for an action/worldview story.

This novel has a particularly interesting first chapter because, really, it’s almost like a prologue in disguise. We’re introduced to this story and this world through Vernon Dursley’s perspective in scene one, and Dumbledore’s perspective in scene two. The reason for this is because Harry Potter is just a baby–and babies are too young to follow from a limited perspective. It just wouldn’t be interesting.

Harry Potter! This is my favorite question because although we’re in Vernon and Dumbledore’s perspective, the character we’re the most invested in is Harry!

As readers, we’re wondering things like… Will Voldemort show up again? What’s going to happen to Harry? How will he do growing up in the muggle world not knowing he’s a wizard? What will it be like when he finds out? And things like that… Which is exactly what Rowling answers for us throughout the rest of the story–pretty cool, right?

There are three main emotions I think we all feel when reading this first chapter–curiosity, concern, and wonder. We’re curious about what will happen to Harry, and whether or not Voldemort has really died. We’re concerned about how Harry will survive growing up in the Dursley household, and whether or not he’ll ever find out he’s a wizard. And we feel wonder because there are already magical things happening in this very first chapter! If you consider the rest of the book, these are the perfect feelings to evoke in readers from page one.

We care about what happens next because we feel bad for Harry. He just lost both of his parents, some dark wizard named Voldemort just tried to kill him, and now he’s going to grow up in a house with horrible people. How can we not care about him at this point? Based on the setup in chapter one, we want Harry to be ok. We want him to grow up exactly as Dumbledore hopes he will, and we want him to have a good life. Because of that, we keep reading to see how everything will turn out for Harry Potter.

So, as you can see, Rowling definitely gave us a glimpse at the big picture of this story–we know it’s going to be about a boy named Harry Potter who doesn’t know he’s a wizard, and we even know that a dark wizard named Voldemort wants him dead. This entire first book is about Harry a) coming into his identity as “The Boy Who Lived,” and b) surviving his next encounter with Voldemort.

Now, let’s dig into the structure of each one of the scenes within this chapter so we can see how and why everything works. To do this, we’re going to use the scene structure I laid out in this article. If you’re a fan of The Story Grid by Shawn Coyne, you will recognize this structure.

In this scene, Vernon Dursley wants to have a normal day. He wants to go to work and sell drills just like he does every single day. So, let’s look at the conflict that gets in the way of Vernon’s goal in this scene:

The main thread we’re tracking in this scene is whether or not Vernon succeeds in having a normal day. So, the main conflict surfaces when someone mentions the Potter family and their son Harry–and this threatens Vernon’s sense of security because it might mean that the source of these strange events could impact him and his family.

Now, let’s take a look at the second scene…

In this scene, Dumbledore wants to deliver baby Harry Potter to the Dursleys so that he can grow up safe and out of the limelight.

The main thread we’re tracking in this scene is around whether Dumbledore will successfully deliver Harry to the Dursleys or not. So, the main conflict surfaces when a) McGonagall is waiting for him and challenges his plans, and b) Hagrid is late delivering baby Harry. Both of these things threaten Dumbledore’s ability to complete his goal, but he ultimately succeeds.

However, we can also look at what’s changed for Harry in this scene, too. Hagrid is bringing Harry somewhere safe. So, although Harry will have to live in an unpleasant home, he is much safer with family than exposed (to fame, bad influences, Voldemort’s followers, etc.) in the Wizarding World.

Can you see how both scenes move the plot of the story forward and impact Harry (even though he’s not the point of view character)? And how ultimately, this first chapter does everything that a first chapter should do?

I encourage you to look at your first chapter through this macro and micro lens to make sure that you’re delivering enough of the big picture to your readers. This is also a fantastic exercise to do with the opening chapter of your favorite novels, too.

Ready to check out our analysis of the first chapter of Harry Potter and the Chamber of Secrets? Click here to see the exact same breakdown for book two. Enjoy!