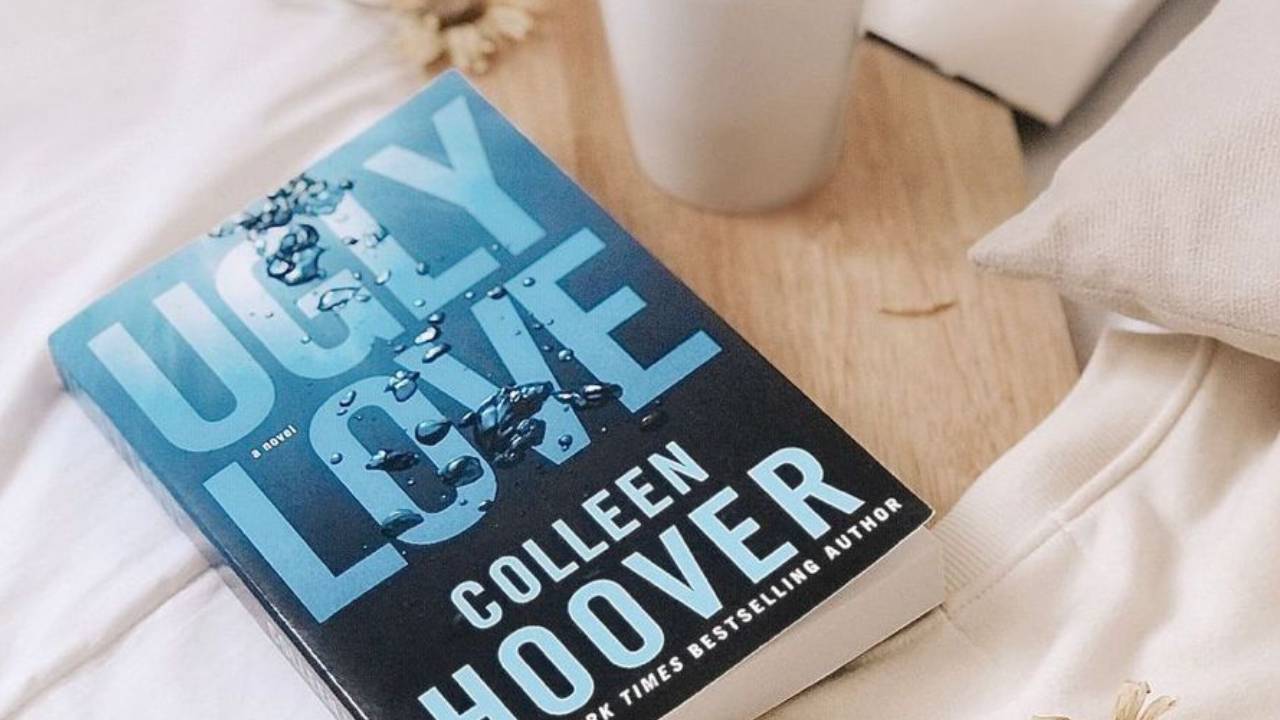 In today’s post, we’re going to look at the first chapter of Ugly Love by Colleen Hoover. And we’ll look at the chapter in two different ways:

This opening chapter includes one complete scene that follows Tate Collins as she moves into her brother’s apartment building. Here’s a summary of what happens:

In this scene, Tate Collins has just made the long drive up the coast of California, and all she wants to do is settle into her brother's apartment and get some sleep. Unfortunately, there's a drunk man sleeping outside her brother's door, blocking the entrance. Tate calls Corbin (her brother) and stays on the phone with him while she tries to ease past the man. He grabs her ankle, and she slams the door on him, only to realize she left her purse and suitcase in the hallway. Corbin calls his neighbor and friend, Miles, to assist Tate with getting her belongings in the room, but when Corbin calls Tate back, he asks her for a favor: Miles, his neighbor, is the one who is drunk outside the room, and Corbin asks her to let him crash on the couch. Tate is not happy about it, but her older brother is protective of her, and she knows Corbin would never put her in danger, so she helps Miles inside the apartment and onto the couch. Tate quickly realizes that Miles is attractive, but she's super confused by his behavior! He's drunk, apologizing and crying profusely, and calling her Rachel over and over again. She's uncomfortable, but she can tell that Miles is genuinely remorseful (for whatever he did to this Rachel person), and she feels bad for him. Because she's such a kind and empathetic person, she strokes his hair to help calm him down, and then retreats to her bed once he has fallen asleep.

Let’s take a look at how Colleen Hoover did this in this very first chapter of her book, Ugly Love. And to do this, we’re going to use seven questions from Paula Munier’s book, The Writer’s Guide to Beginnings.

Ugly Love is a contemporary romance novel, and in this first chapter, we get to see Tate and Miles meet for the very first time. Right away, we know this is going to be a story about their relationship—and we’re hoping we’ll see them get together by the end.

For this question, I like to look at the content genre of the story. So, what is the story really going to be about? And Ugly Love  is a combination of the love (external) and worldview (internal) content genres.

On the surface, we follow the relationship between Tate and Miles, and we root for them to get together (and stay together). But this story is also about coming to terms with the past and overcoming your fears. It shows us that it’s okay to be afraid (as long as you don’t let fear stop you from moving forward), and that sometimes love will equal pain (but not always). In the very first chapter, we see Miles deal with this internal struggle the most—he’s feeling a lot of pain over a past loss.

This chapter follows the perspective of Tate Collins as she moves into her brother’s apartment building. The story is told in the first person point-of-view, and it is written in the present tense. This is a great choice because it allows the reader to connect with Tate on a deeper level.

In this opening chapter, the reader’s focus is on Tate because she’s the protagonist. We know that she’s moved to San Francisco to further her nursing career, so we root for her to succeed. But once she meets Miles, and realizes that he’s in extreme emotional pain, both Tate and the reader end the scene feeling concerned for him.

As readers, we’re wondering things like… What happened to Miles? Will he and Tate get together? How will his past (and this Rachel person) affect their relationship? And Colleen Hoover answers these questions for us throughout the rest of the story.

The opening chapter takes place in Corbin’s apartment building in San Francisco. Most of the story unfolds here, and it’s this setting that helps bring Tate and Miles together (and keeps them in close proximity throughout the story).

The primary emotion Colleen Hoover evokes in this opening chapter is concern—mainly for Miles. It’s very clear that something bad has happened to him, but we don’t know what or when. We read to find out what made him this upset, but also to find out if he’s going to get together with Tate or not.

We care about what happens next because we know Tate has come to San Francisco to further her nursing career. But once she meets Miles, we wonder if she’ll be able to focus on her studies now that he’s in the picture. Also, it’s clear that Miles has to heal from whatever’s causing him so much grief. If they do get together, will Miles’s inner obstacle sabotage the relationship? We don’t want Tate or Miles to get hurt because we care about them from the start.

So, as you can see, Colleen Hoover definitely gave us a glimpse at the big picture of this story–we know that it’s going to be about these two characters (Tate and Miles) navigating their inner obstacles in the midst of a budding romantic relationship. And based on the title, we know that parts of their relationship might be “ugly.” We read on to find out exactly how things will unfold.

In this scene, Tate wants to settle into her brother’s apartment so that she can start her new life in San Francisco and focus on getting her masters. So, let’s look at the conflict that gets in the way of his goal in this scene:

The main thread we’re tracking in this scene has to do with Tate getting to her brother’s apartment—that is her scene goal. The main conflict surfaces when she notices a drunk man leaning against her brother’s apartment door. This initial meeting changes the dynamic of Miles and Tate’s relationship, and they go from being strangers to being neighbors and acquaintances. It tracks on the global value spectrum because it brings the couple together.

Can you see how this scene moves the plot of the story forward and impacts both Tate and Miles? Ultimately, this first chapter does everything that a first chapter should do, and it makes us keep reading to find out what will happen next.

If you liked this first chapter breakdown, you’d love our book club! Once a quarter, Abigail and I choose a book to study, and then we meet online to engage in a craft-based discussion. Click here to learn more or to join our book club!