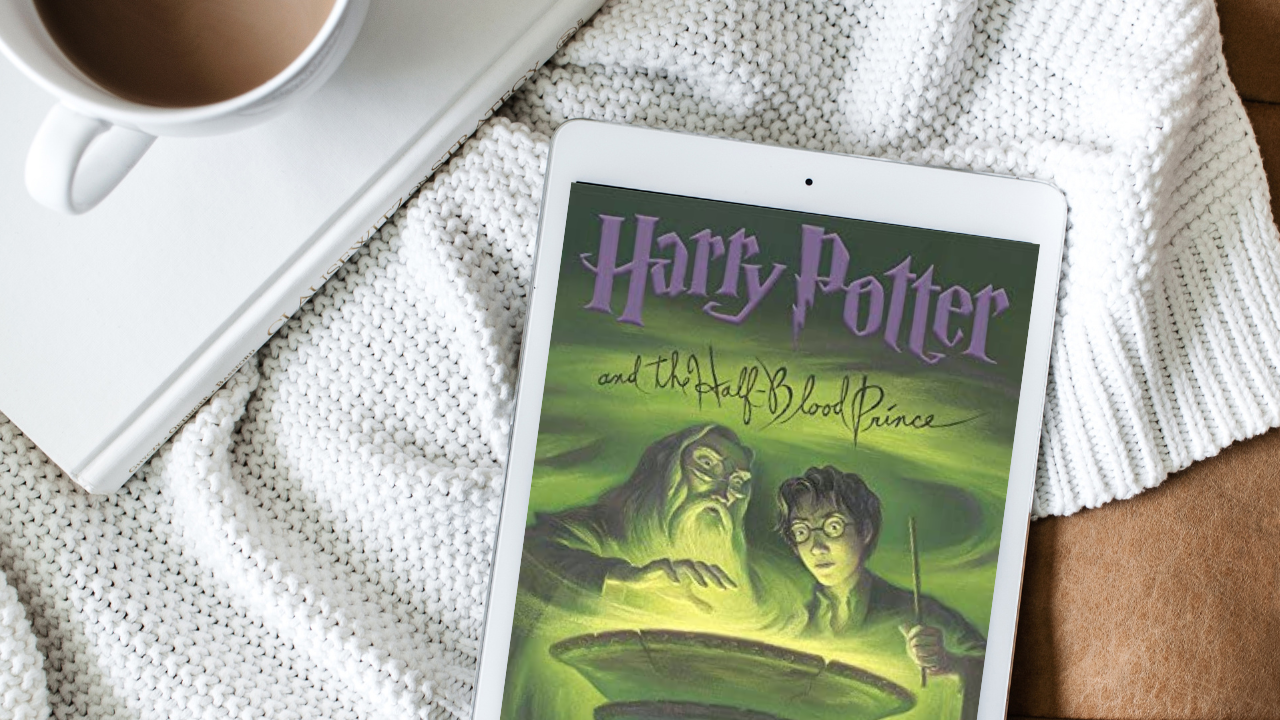 In today’s post, we’re going to look at the first chapter of Harry Potter and the Half-Blood Prince by J.K. Rowling. And we’ll look at the chapter in two different ways:

Want to see our analysis of the first chapter of the other Harry Potter books? Click here to check them out!

This opening chapter includes one complete scene that follows the Muggle Prime Minister. Here’s a summary of what happens:

In this scene, the muggle Prime Minister is waiting for a call from the President of a distant country, and he’s reading memos at his desk. His week has been TERRIBLE because there’s a lot of crazy stuff going on, and he’s getting blamed since he’s in charge of the country. He hears a cough coming from a portrait on his wall, and long story short, the Minister of Magic is coming for a meeting, whether the Prime Minister likes it or not. So, the Minister of Magic, Fudge, shows up and we get some context about their relationship over these past few years and how Fudge has been showing up a little too much for the Prime Minister’s liking lately. But anyway, Fudge is here with some news–Voldemort is back, and he’s the one behind all the bad things and chaos that’s happening right now–well, him and his Death Eaters and the dementors. Fudge also tells the Prime Minister that the world is officially at war now that Voldemort’s back. But then, to make matters worse, Fudge has been sacked! And now there’s a new Minister of Magic, Rufus Scrimegor. And oh, by the way, Fudge says, he’s about to come through that portrait to meet you right now, too. So, he does, and the Prime Minister and Scrimegor meet. And finally, the Prime Minister explodes and says, why can’t you guys sort this out! You can do magic! And Scrimegor ominously replies that the other side can do magic, too.

Let’s take a look at how J.K. Rowling did this in this very first chapter of Harry Potter and the Half-Blood Prince. And to do this, we’re going to use seven questions from Paula Munier’s book, The Writer’s Guide to Beginnings.

Harry Potter and the Half-Blood Prince is a young adult fantasy novel. Harry is now 16 years old, and the conflict he has to deal with has escalated yet again from the previous five books. In this opening chapter that follows the Muggle Prime Minister, we get a recap of everything that Harry (and the Wizarding World) has had to deal with these last five years–especially now that Voldemort has officially returned. And just like in the last book, there’s a stronger emphasis on romance than in the first four as well.

For this question, I like to look at the content genre of the story. So, what is the story really going to be about? And Harry Potter and the Half-Blood Prince  is a combination of the action (external) and worldview (internal) content genres, just like the previous five books in the series. However, in this book, Rowling manages to raise the stakes even higher than the previous five books! Harry gets into dangerous situations more often, and many more characters die–including Dumbledore!

In the opening chapter, Rowling shows us that all hell has broken loose now that Voldemort, his Death Eaters, and the dementors essentially have free reign. It’s a dangerous world out there, not just for Harry and the wizarding community, but for the muggles, too. The world is officially at war, and no one is safe. And once again, we have the perfect setup for an action/worldview story–a) there will still be life or death stakes in this story, b) the final confrontation will still occur between Harry and Voldemort, and c) this time, the story is going to involve someone called the Half-Blood Prince (we know this from the title).

This chapter follows the perspective of the Muggle Prime Minister who gets forced into an impromptu meeting with Cornelius Fudge (and then Rufus Scrimegor). Just like the previous five books, Rowling starts with a more omniscient narrator and then zooms us into the point of view character that we should be following into the scene (which in this case, is the Muggle Prime Minister). The rest of the story will follow Harry Potter from a limited third-person perspective.

Rowling has set up this chapter to make us care about so many different people! Of course, we always care about Harry Potter (since he’s the main character), but also–it’s pretty hard not to worry about Harry after all he’s been through in books one through five. Voldemort still wants to kill Harry, and now he’s even more motivated by the prophecy he learned about in book five. Not only that, but Voldemort and his followers are attacking both Wizards and Muggles alike–so, in this chapter, we start to worry about the larger world (outside of Harry, Ron, and Hermione), too. Beyond that, we also feel a little bit bad for Cornelius Fudge (he got fired) and the Muggle Prime Minister (he’s getting a lot dropped on him at once). That’s a lot to accomplish in one chapter!

As readers, we’re wondering things like… When will Voldemort show up and try to kill Harry? What’s going to happen to Harry when he goes back to Hogwarts? How far will Voldemort go to take action on the prophecy? And things like that… Which is exactly what Rowling answers for us throughout the rest of the story.

This chapter takes place in the Muggle Prime Minister's office in London. Through Fudge’s recap of recent events, we hear about places in the larger world, including Hogwarts School for Witchcraft and Wizardry. At this point in the series, we can assume the rest of the story will take place at Hogwarts, as usual.

There are three main emotions I think we all feel when reading this first chapter–curiosity, concern, and wonder. This is consistent with the rest of the series, however, we feel much less wonder in this opening chapter than in previous books. The primary emotion in this scene is concern–we’re worried about Harry (and the entire world) now that Voldemort is on the loose, causing chaos. We’re also worried about Harry because of the prophecy in book five that says, “either must die at the hand of the other for neither can live while the other survives…” We know we’re approaching a huge faceoff between Voldemort and Harry–we just don’t know when or how it’s going to happen. If you consider the rest of the book (and how much darker the series has been getting), these are the perfect feelings to evoke in readers from page one.

We care about what happens next because we know Voldemort wants to kill Harry Potter. Again, it’s not a question of if Harry will come face to face with Voldemort, it’s more a question of when. Based on the setup in this opening chapter, we worry for Harry and hope he’ll survive yet another encounter with the Dark Lord–especially now that Voldemort has a) heard the prophecy, and b) has amassed a large amount of followers. Because of all that, we keep reading to see how everything will turn out.

So, as you can see, Rowling definitely gave us a glimpse at the big picture of this story–we know that it’s going to be about a young wizard named Harry Potter, we know it’ll have something to do with the Half-Blood Prince (from the title), and we know that another confrontation with Lord Voldemort is inevitable.

In this scene, the Muggle Prime Minister wants to get through some reports or some paperwork while he waits for his next meeting to start. So, let’s look at the conflict that gets in the way of his goal in this scene:

Coming soon: our analysis of Harry Potter and the Deathly Hallows.

Want to check out our analysis of the first chapter in each of the Harry Potter books? Click here to see the exact same breakdown for the other five books! Enjoy! 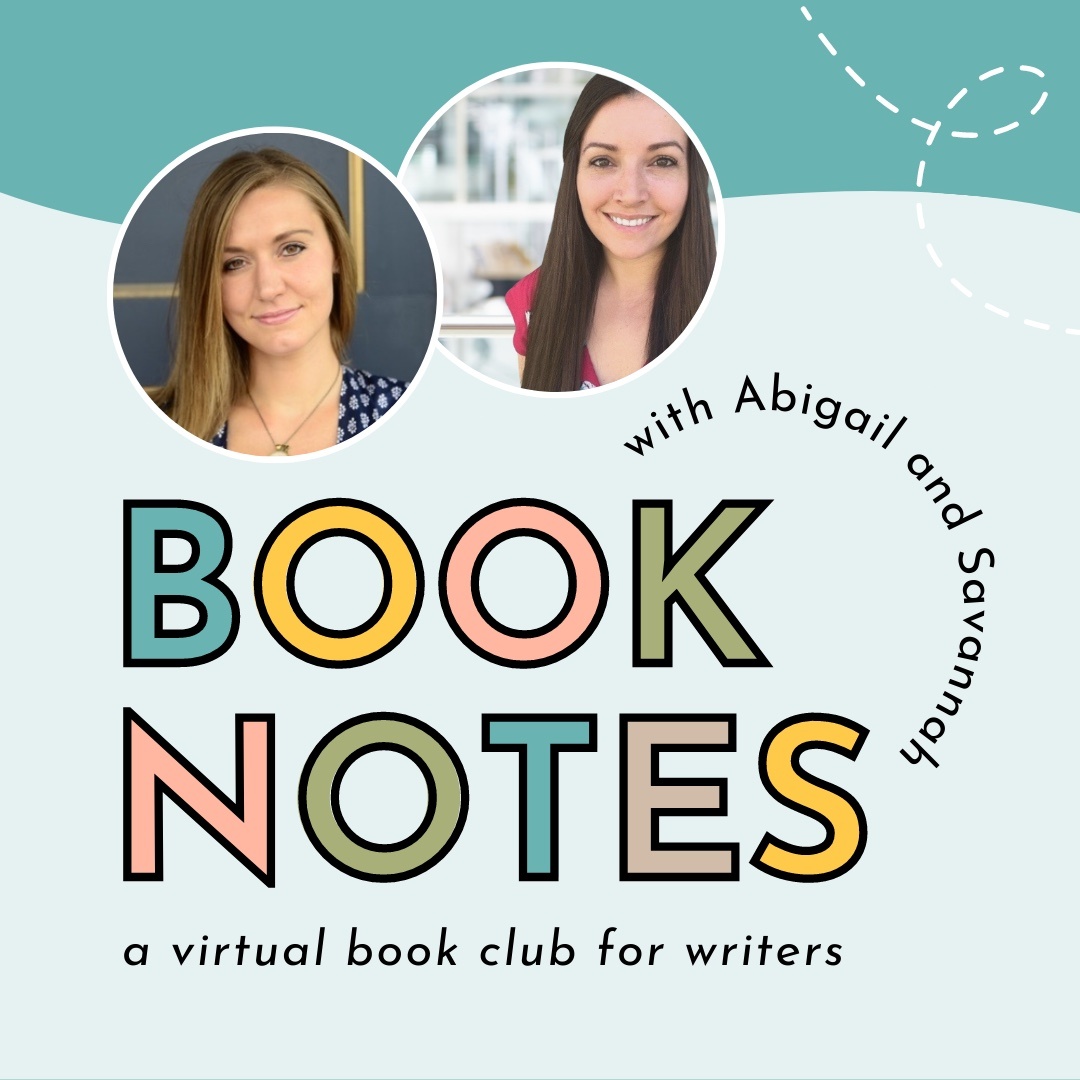