First Chapter Analysis: Harry Potter and the Goblet of Fire 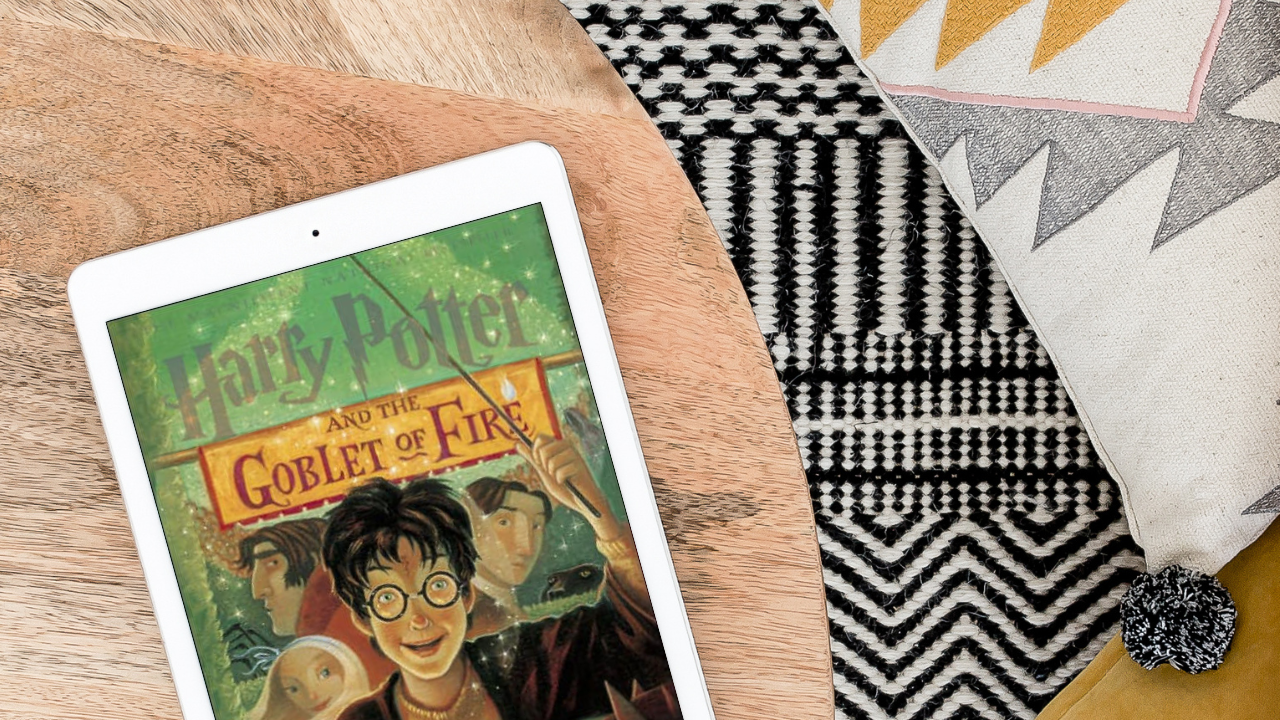 So, in today’s post, we’re going to look at the first chapter of Harry Potter and the Goblet of Fire by J.K. Rowling. And we’ll look at the chapter in two different ways:

Want to see our analysis of the first chapters of the other Harry Potter books? Click here to check them out!

This opening chapter includes one complete scene. Here’s a summary of what happens:

The townsfolk of Little Hangleton blame Frank Bryce for the muder of the Riddle family even though there was no evidence to prove his guilt. He still lives in the Riddle house, and takes care of it for the wealthy man who now owns the property, but never stays there. On this night, Frank’s bad leg wakes him, and when he goes downstairs to get a hot water bottle, he sees that there’s a light on inside the Riddle house. Thinking it must be the local boys, he heads up to the house to investigate. Once there, he overhears Voldemort and Wormtail talking about murder–and specifically, the murder of a boy called Harry Potter. Nagini spots Frank in the hallway, and communicates his presence to Voldemort who invites him inside the room. After some back and forth discussion, Voldemort kills Frank Bryce, and two hundred miles away, Harry Potter wakes up to his scar hurting.

Let’s take a look at how J.K. Rowling did this in this very first chapter of Harry Potter and the Goblet of Fire. And to do this, we’re going to use seven questions from Paula Munier’s book, The Writer’s Guide to Beginnings.

Harry Potter and the Goblet of Fire is the first book in the series that takes us into the young adult category. The tone of the novel is much darker, there’s a lot more death, and each one of the main characters has some kind of romance in this story. Also, Harry turns 14 at the beginning of this book, officially taking us out of middle-grade territory.

For this question, I like to look at the content genre of the story. So, what is the story really going to be about? And Harry Potter and the Goblet of Fire is a combination of the action (external) and worldview (internal) content genres, just like the previous three books in the series. However, in this book, Rowling does raise the life or death stakes higher than in books one through three. We see Harry in dangerous situations more often, and one of his schoolmates dies.

In the opening chapter, Rowling uses the conversation between Voldemort and Wormtail to remind readers that Voldemort is still out there, and that he’s still got his sights set on killing Harry. So, again, we have the perfect setup for an action/worldview story–a) there will still be life or death stakes in this story and b) the final confrontation will still occur between Harry and Voldemort. Only this time, the story is going to involve something called the Goblet of Fire (we know this from the title).

This chapter follows the perspective of Frank Bryce. Much like the previous three books, Rowling starts with a more omniscient narrator, and then zooms us into the point of view character that we should be following into the scene (which in this case, is Frank Bryce). The rest of the story will follow Harry Potter from a limited third person perspective.

Because we see this scene from Frank Bryce’s perspective, it’s natural for readers to care for him–especially once he gets in close proximity to Voldemort. Rowling did a fantastic job making Frank a character that we could root for–he’s been outcast by the townsfolk, he served in the military, and he’s brave (just like Harry).

Once Frank overhears Voldemort and Wormtail talk about murdering Harry, the readers concern and worry starts to shift from Frank and over to Harry. Coming into this book, we know Harry’s fight with Voldemort is unfinished, but now we can see how determined Voldemort is to kill him. We hear it from Voldemort first hand!

As readers, we’re wondering things like… When will Voldemort show up and try to kill Harry? What’s going to happen to Harry when he goes back to Hogwarts? What is the plan that Voldemort needs Harry for? And things like that… Which is exactly what Rowling answers for us throughout the rest of the story–pretty cool, right?

This chapter takes place in Little Hangleton, and the majority of the scene takes place inside of the Riddle house. Beyond that, readers hear about the Quidditch World cup for the first time, but we don’t know where that will take place just yet.

There are three main emotions I think we all feel when reading this first chapter–curiosity, concern, and wonder. We’re curious about what kind of plan Voldemort has for Harry, and why he needs Harry specifically to carry out this plan. We’re concerned about Frank Bryce and Harry–Voldemort ends up killing Frank, and we end the scene knowing he’s coming for Harry soon. We also feel a sense of wonder (although much less than the opening chapter of the previous three books) because Voldemort can do magic and talk to snakes. If you consider the rest of the book, these are the perfect feelings to evoke in readers from page one.

We care about what happens next because Voldemort told Wormtail that he is going to kill Harry Potter. It’s not a question of if Harry will come face to face with Voldemort, it’s more a question of when. Based on this setup, we worry for Harry and hope that he’ll survive yet another encounter with the Dark Lord. Because of all that, we keep reading to see how everything will turn out.

So, as you can see, Rowling definitely gave us a glimpse at the big picture of this story–we know that it’s going to be about a young wizard named Harry Potter, we know it’ll have something to do with the Goblet of Fire (from the title), and we know that another confrontation with Lord Voldemort is inevitable.

In this scene, Frank’s initial goal is to get a hot compress for his bad leg. But when he sees the light up at the Riddle house, his goal shifts to wanting to figure out what’s going on. He assumes that some local boys have broken in and are messing around, possibly lighting things on fire.  So, let’s look at the conflict that gets in the way of Frank’s goal in this scene:

The main thread we’re tracking in this scene is whether or not Frank will put an end to whatever’s going on up at the Riddle house. The main conflict surfaces when Frank encounters Voldemort and Wormtail, and ends up losing his life. So, there is a literal change from life to death in this scene. However, Voldemort’s plans signal that danger is coming for Harry, too. So, although Harry isn’t in this scene, the events of the scene still affect him and move him closer to inevitable danger.

Coming soon: our analysis of Harry Potter and the Order of the Phoenix

Want to check out our analysis of the first chapter in each of the Harry Potter books? Click here to see the exact same breakdown for the other three books! Enjoy!