How to Write Better Romantic Chemistry and Tension 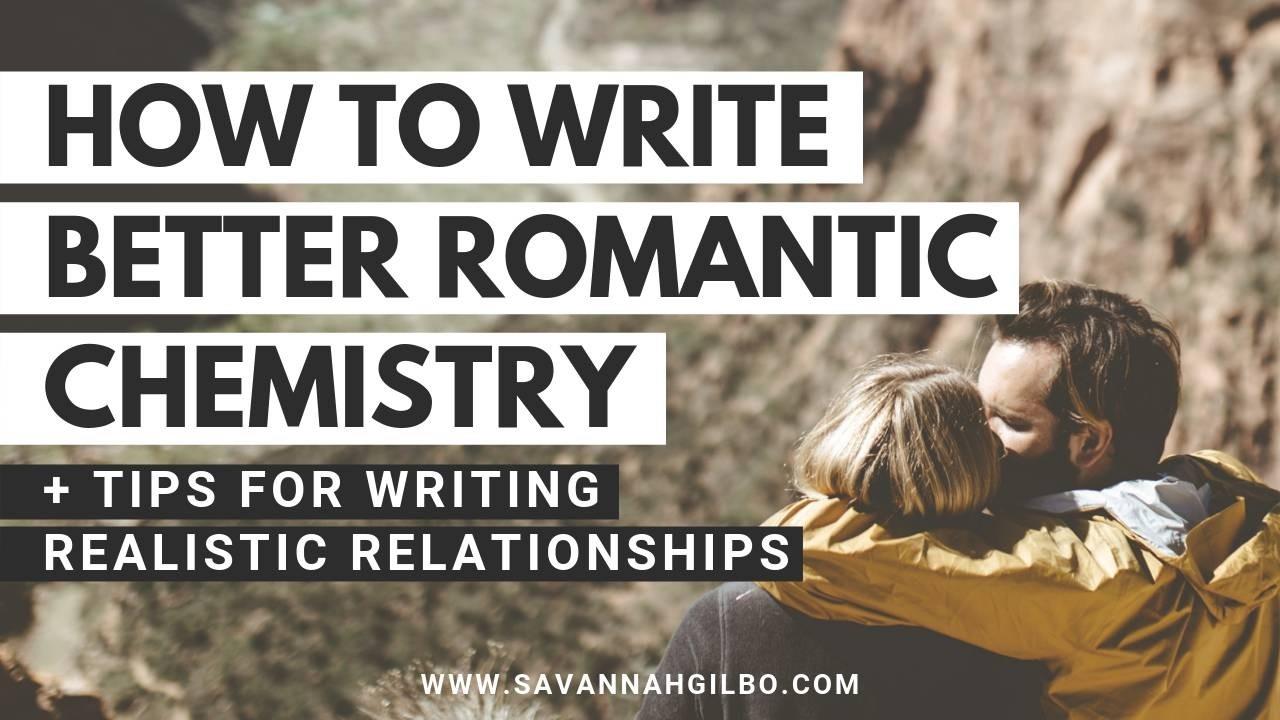 If you’re writing a romance novel or a story with a romantic subplot, then you know that the romantic chemistry and tension between your two main characters can either make or break your story.

So, how do you create romantic chemistry between two characters in a way that’s authentic and compelling enough to keep your readers on the edge of their seats all the way to “the end?”

In its most basic sense, chemistry is how two characters interact with each other. It’s an energetic exchange between two people in a relationship—whether that relationship is romantic or not. On the surface, chemistry might look like:

But none of these things are what actually MAKE chemistry—they are all a RESULT OF chemistry.

So, what does make chemistry?

For example, in Pride and Prejudice, Elizabeth Bennet needs to learn how to get over her prejudice of others. She wants to marry, but only if she can marry for true love, and to someone who she deems acceptable by her many standards. She meets Mr. Darcy who she judges as wealthy and pompous and dismisses him as a viable romantic option. As the story goes on and the two characters interact, Elizabeth realizes she was completely wrong about Mr. Darcy and that she is in love with him. She becomes a better, happier, more mature person because of her interactions with Mr. Darcy, and gets what she wants (a husband).

So, how do you create this kind of chemistry between your main characters? Well, first, you need to have two fully-developed protagonists with their own goals, motivations, values, false-beliefs, and worldviews. Then, you need to push them together (by way of your story’s plot) and force them to face various levels and types of conflict that challenge their values, false-beliefs, and worldviews.

Conflict is anything that gets in the way of your protagonist achieving their story goal.

Readers want to see how your characters act when faced with conflict because your character’s actions help your reader to make sense of the conflict in their own life. They also want to “worry” about your characters and whether or not they’ll succeed in achieving or accomplishing their story goal. Conflict is what creates that “worry.”

Inner conflict comes from inside the character themselves. It happens when the thoughts, feelings, or physical characteristics of the protagonist block the achievement of their story goal.

For example, an inner conflict could manifest as some kind of fear or false belief. Your heroine could have trust issues that prevent her from falling in love. Or maybe your hero pushes his love interest away for fear of getting hurt. Maybe one person wants to settle down and have kids, and the other doesn’t.

Case Study: In Pride and Prejudice, Elizabeth Bennet wants to fall in love and get married, but her pride and judgment of others prevent her from seeing people for who they really are. In other words, her false-belief and naïve worldview keep her from accomplishing her story goal.

For example, one or both of your protagonists might already be in a romantic relationship with someone else. Or they could have opposing interests in the outcome of a certain situation. Maybe your hero is an architect designing a new building for the park near your heroine’s house. Maybe your heroine played with her deceased father at that park as a kid. She’s doing everything she can to protect the park while your hero is planning its destruction. Perhaps you have two characters who went to grade school together and now have a complicated history full of conflict.

Case Study: In Something’s Gotta Give, Harry is dating Erica’s daughter, Marin. When Harry has a heart attack, Erica allows Harry to stay at her house to recover (as a favor to her daughter) even though she initially can’t stand him. Her dislike of Harry and the fact that he’s physically in her house distracts her from accomplishing her story goal of finishing her play.

Extra personal conflict comes from something which your protagonist does not and cannot have a “personal” or “human” relationship with. It happens when an institution, life circumstances, or a natural phenomenon (like a hurricane or a harsh winter) block the achievement of your protagonist’s story goal.

For example, maybe your protagonist is up against a “ticking clock,” and needs to be in a specific location by a certain time, but there’s a blizzard preventing him from making progress. Or maybe there’s a cultural taboo or law related to romantic relationships in your protagonist’s world keeping your two characters apart. If the taboo is strong enough, your characters might be ashamed of their feelings which can provide your story with internal conflict and give your characters an opportunity for growth.

And as you can see, using the three different types of conflict and circumstances in your story will provide you incredibly fertile ground for dynamic chemistry and tension to spark between characters.

Romantic tension is the suspense created by the way two potential romantic partners orbit each other before their union is certain. It grows from the question—When will these two characters get together?

Building in this suspense is one of the most important parts of developing an intriguing romantic story arc. To keep your readers turning the pages, you need to make them care about what’s happening in the story and create suspense by doling out information—the payoff (the answer to the story question—will these two get together or not?)—in increments, withholding the most important pieces until the end.

In other words, you should deliver scenes in which the chemistry and tension increase in frequency and intensity as the novel progresses. Each scene should bring your two main characters either one step closer to or farther away from “happily ever after.” At the end of each scene, the reader is left in a position of suspense that compels her to read the next scene in the hope of getting the answer she’s wanted since page one.

Think about some of your favorite romance novels. You know the ones I’m talking about—the ones where you just can’t wait for two characters (whether they’re romantic or not) to get together on stage because the results are going to be amazing. What makes those stories great? Can you see how the author kept you in suspense while dolling out “little wins” along the way? Did you notice what caused the chemistry between the two main characters? Were you able to identify the various levels of conflict occurring around the characters? And the various levels of conflict that occurs because of the romantic relationship? 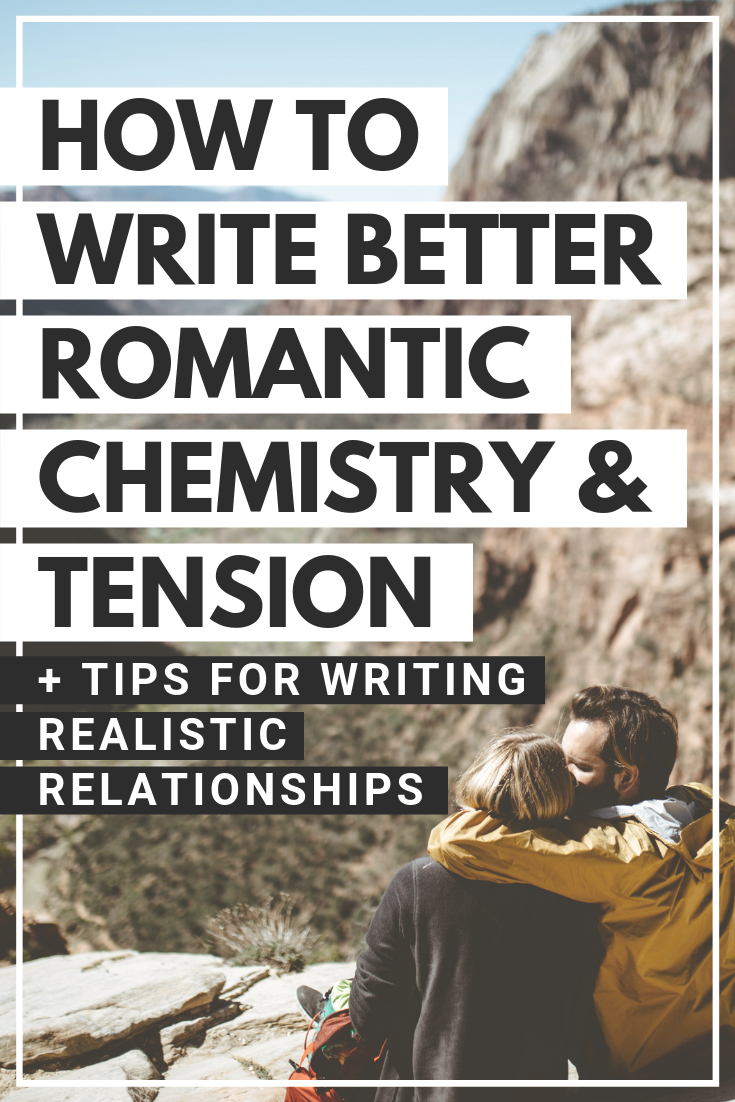 👉 Let's discuss in the comments: How do you create chemistry between characters in your stories? Did the tips in this article help you write better character chemistry, conflict, or tension in your story?