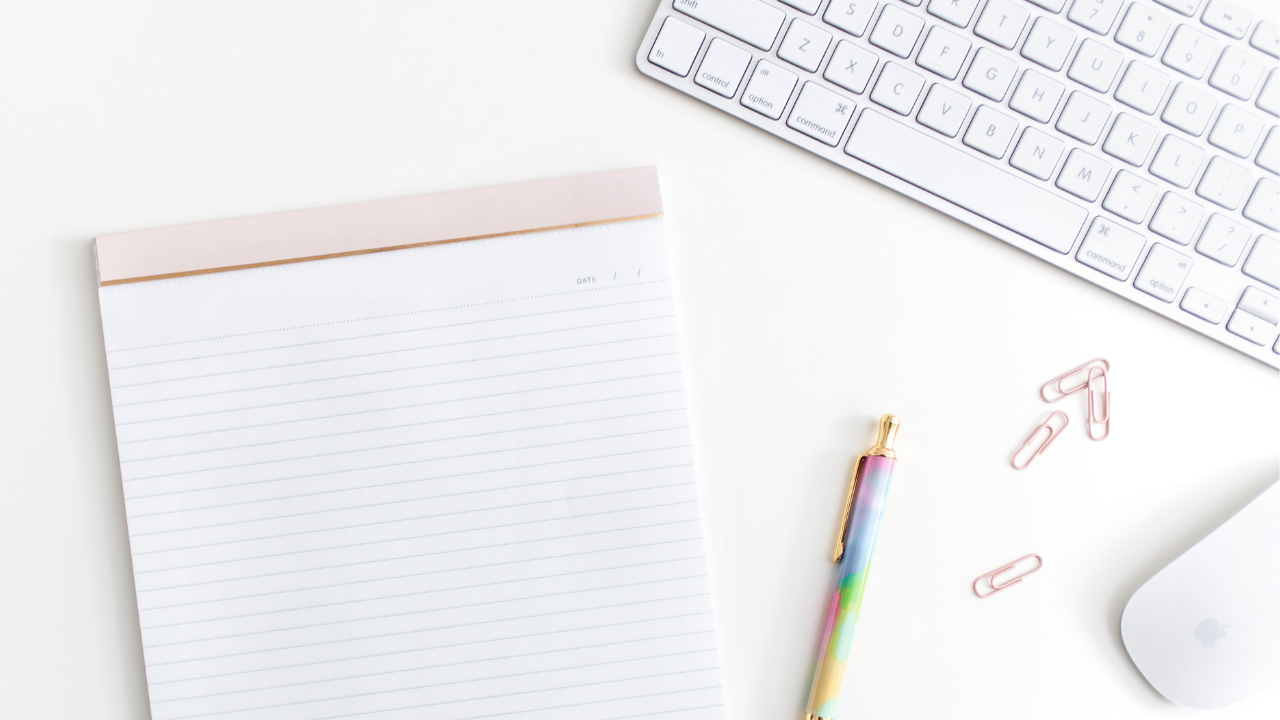 Have you ever read a story where the main character felt flat or boring? I have.

Don’t get me wrong, creating compelling characters for your story is not an easy task—but it is necessary if you want to write a story that works.

Just like in real life, your characters should be well-rounded and fully-developed. So, before you start writing your next novel, you need to ask yourself some important questions about your characters.

So, what are these questions? How do we make sure our characters don’t fall flat on the page?

Well, in today’s post, I’m going to share with you five questions to ask about your characters before you start writing. By asking these five questions, you’ll start to see your story take shape before you even consider things like story structure or setting or point-of-view or dialogue (you can tackle those later).

1. What does your character want?

Each of your characters needs to have a goal because, in real life, everybody wants something. And a character who wants something is someone who will actively pursue their goals which is what creates the external plot of your story.

So, what kind of goals are we talking about? Well, in a murder mystery, the detective’s goal might be to catch the murderer and bring him or her to justice. In a horror novel, the protagonist’s goal might be to survive the threat of the monster and eventually defeat it. This would be your character's main, overarching story goal.

Then, once you know your character’s main, over-arching story goal, you can come up with smaller goals that they’ll need to accomplish in order to achieve their story goal. These smaller goals will be your scene goals. And these scene goals should be moving your character closer to the climax of your global story. So, for example, in a horror novel, if the protagonist’s goal is to defeat the monster, one of her scene goals might be to find out more about one of the monster’s weaknesses.

If you look at a story like The Hunger Games, Katniss wants to win the Hunger Games, right? That's her over-arching story goal. Her micro-goals, or scene goals, might be things like: get supplies from the Cornucopia, or find Peeta, or kill Kato, or sleep through the night -- things like that. Each of those smaller goals helps her get one step closer to facing off with the other remaining tribute in the story's climax.

2. Why does your character want this?

Once you’ve determined WHAT your character wants, you need to ask WHY they want it. In other words, what’s motivating them to go through all this trouble and pain in order to achieve this goal?

So, for example, in The Hunger Games, Katniss's motivation is super clear. If she doesn't volunteer as tribute, Prim will die. Once she enters the arena, she's motivated to survive so that she can go back to taking care of Prim and their mother.

If your character could automatically achieve their story goal, you’d have nothing to write about. That means you’ll need to throw some kind of conflict in your character’s way to keep things interesting for your protagonist and your reader.

External conflict comes from outside the character. It’s the WHO or WHAT that’s standing in your character’s way in the outside world. In other words, it’s the external obstacles that make up your plot. For example, this could be an antagonistic character or an antagonistic force like a hurricane or harsh winter, lack of money, or an asteroid.

So, for example, in The Hunger Games, Katniss faces all kinds of external conflict, right? If you look at just the time she spends in the arena, things get harder and harder as more tributes die, supplies dwindle down, and she loses allies like Rue. Not only that, but the game makers have to keep coming up with more and more conflict for the tributes to face to keep the "show" interesting for viewers. Every new challenge is harder for Katniss to face -- if it wasn't, the story would get boring pretty quickly, right?

That means you’ll need to dig into your character’s relevant backstory to uncover useful pieces of information that will not only help your character seem like a real person but will also help you create inner conflict for your character to face.

Inner conflict comes from inside the character themselves. It’s whatever they bring to the story both emotionally and intellectually. For example, this could be doubt, confusion, a false belief about themselves or the world, etc.

Whatever it is, your character will need to face and overcome this internal conflict in order to succeed in dealing with the external conflict (or the plot events) in your story.

For example, in Harry Potter and the Sorcerer's Stone, Harry has a hard time accepting all the attention and fame that comes with being "The Boy Who Lived." He doesn't feel like he can take credit for defeating Voldemort because he doesn't really remember what happened that night. Plus, all he's ever had to go on is how the Dursley's treated him. Add all of that up and that's the inner conflict Harry has to face and overcome in order to defeat Voldemort.

5. What’s at stake if your character succeeds or fails?

What are stakes exactly? Stakes are what’s your character is risking -- what he or she stands to lose or gain -- as he or she pursues their story goal.

Stakes come in two forms. There are “public stakes” and “personal stakes.”

As your character pursues hir or her main story goal, they'll have to make choices, and each of these decisions needs to have something at stake. Why?

Well, when your character faces a tough decision between two equally good things or two equally bad things -- and when there's something at stake -- that's when readers really get to see what your character's made of and what they care about.

For example, in The Hunger Games, there are both personal and public stakes for Katniss. If she doesn't take Prim's place as tribute, Prim will die. If Katniss doesn't win the Hunger Games, not only will Katniss die, but Prim and their mom won't have anyone to look after them or provide for them. Those are all personal stakes. Beyond that, Katniss wants to win because she hates President Snow and everything the Capital stands for. She wants to bring down the system so that no other children will have to take part in the Hunger Games and risk their lives. Those are public stakes.

There you have it! Five questions that will help you craft better, more well-rounded characters for your next story! I recommend doing this work not only for your main protagonist but for every other important character in your story, too. This will help you craft a believable, realistic-feeling cast of characters that readers will adore.

As a bonus exercise, pick a favorite book (or a book most like the one you're writing) and see if you can answer these five questions about the protagonist of the story. What do they want and why do they want it? What's standing in their way externally and internally? What do they stand to lose or gain? Was it easy or hard to find the answers to these five questions? 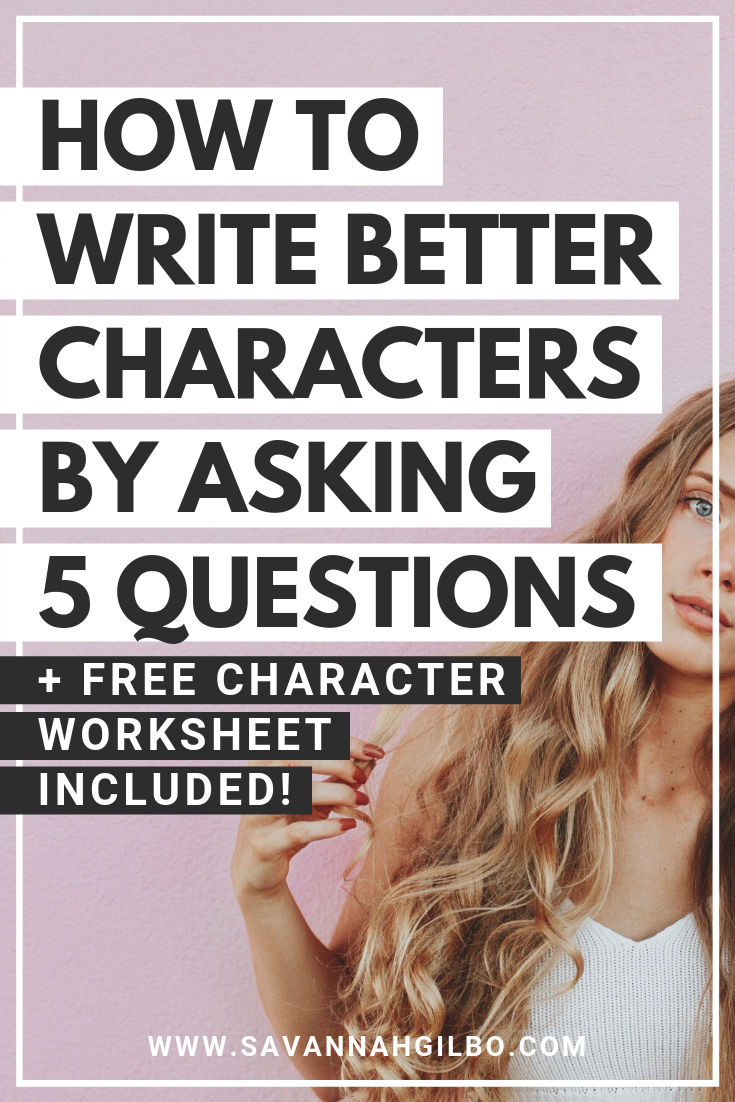 👉 Let's discuss in the comments: How do you get to know your characters? Did these questions help you? Which one was the most helpful? Let us know in the comments below!