How to Decide Which Story Idea to Write Next 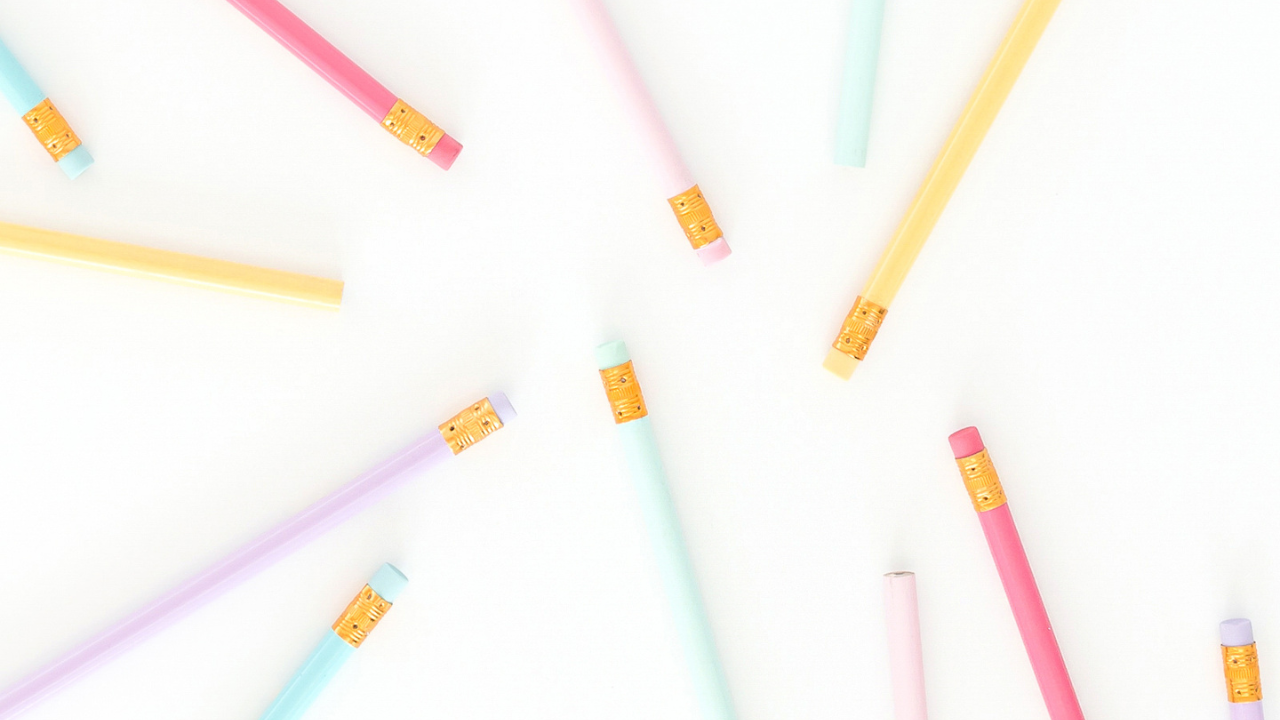 Do you ever have trouble figuring out which story idea you should write next?

Or have you ever struggled to stay focused on just ONE book idea?

If so, you're not alone. A lot of writers have a hard time choosing between two or more ideas or staying focused on just one idea when other stories pop into their heads.

In today's post, I'm going to show you how to choose between two or more story ideas, and then how to make sure that whatever idea you choose has enough "meat" to support a full-length novel.

The reason it’s so important to take the time to think about your idea, and really flesh it out, is because you’re going to spend a lot of time with your story, right? I mean, this novel could very well be something that you work on for the next few years of your life.

And if you don't do this kind of work upfront, one of two things will happen -- 1) you'll run out of steam and never finish your book, or 2) you will finish your book and realize that nobody's interested in what you've written.

So, first, let's talk about how to decide between multiple story ideas.

How to Decide Between Multiple Story Ideas

Here are five questions that should help you sort through all your different ideas and choose the one you want to focus on next:

1. Which story will help me become a better writer?

This question requires a realistic understanding of where your abilities are at right now, and what you want to learn next. So, for example, I worked with a writer recently who had two different story ideas that she was trying to decide between.

Since she was brand new to writing, my advice to her was to go with the idea that felt more fun and exciting, and less complex, so that she could focus on learning the fundamental writing skills that are required in order to write a story that works before she tackled the story that was more complex and challenging.

If you’re brand new to writing, I’m always going to recommend sticking with a story that has a single point of view character so that you can learn what it takes to write a story that works before complicating things with additional points of view.

On the other hand, if you’ve already mastered writing a story with a single point of view character, then maybe a story with multiple points of view would be a great next step for you.

2. What are your big picture writing goals?

Do you plan to self-publish? Or are you planning to query agents?

Do you want to grow a loyal following of fans with your short stories by releasing a new story on your website each week?

Whatever your goals are, it's important to consider where your next writing projects fits in. And by defining what purpose you want your next story to fulfill, or how it relates to your big picture goals, it should be easier to narrow in on which idea will help you get closer to achieving those goals.

3. Which story do you want to write next?

This question might seem like a no-brainer to ask, but sometimes we get caught up in our new, and exciting, ideas and we overlook what we actually want to do next.

And considering what story we want to write next is really important. Because even though you might have a great idea for a story, if that idea doesn’t excite you or make you look forward to your writing time, then you probably won’t have enough motivation to see that story all the way through.

Another way to think about this is to imagine yourself five years from now... If you didn't write one of these stories, how would you feel? If the answer is some version of, "I would feel completely fine," then that idea probably isn't worth your time right now.

You can also ask yourself this question: if I could only write one more story before I died, which one would I choose? Usually, this question helps you cut through the noise and narrow in on which story has most captured your interest and your heart.

4. Which idea feels the most fleshed out?

Sometimes we have great ideas that are still in the early stages of development and just aren't ready to be written. And when this happens, you have two choices: 1) you can put it to the side and let it percolate in your brain, or 2) you can do the work to flesh out and develop your idea so that it's strong enough to support a full-length novel.

A lot of times, writers feel really passionate about their ideas, but because their ideas aren't fleshed out enough, they either get stuck in the middle of a draft, or end up with a first draft that isn't very good.

And more often than not, the problem with these "half-baked" ideas lies in the fact that the writer has no idea what the central conflict of the story is. An idea that has been fleshed out, and that has a lot of conflict built into it, is going to come together more easily because it’s more clear what the protagonist needs to do.

So, long story short, until your story idea is fleshed out enough that it can support a full-length novel, there’s not really a point in spending a ton of time writing it.

5. Which idea feels the most original or has the strongest hook?

Originality can show up in our stories in many forms. So, your story idea itself doesn’t have to be so unique that there’s not going to be a market for it, but it does need to be original enough that it’s going to catch an agent’s (or your future reader’s) attention.

So, if one of your ideas has a single-sentence hook, or a premise, that makes people want to know more, then that might be a good story to work on developing into a full-length draft.

So, what happens if you go through those five questions and you still feel stuck between two or three ideas?

Sometimes you just have to pull the trigger on one of your ideas and dig into it. Because the only thing worse than having to choose between multiple stories story ideas is never writing a single word because you’re stuck and not letting yourself take action.

Do You Have a Topic or a Story?

Let’s say you’re thinking about writing a story about:

These are all TOPICS, not story ideas. In other words, they are a very small piece of a story idea that still needs to be developed into an idea that can support a full-length novel.

So, although you might be really excited about writing a story about someone running for president, or about a main character that’s a vampire, or about someone who learns they can do magic, you probably won't get very far in your outlining or drafting process unless you develop your topic into a fully fleshed out idea.

And to do that, you’ll want to ask some very specific questions like:

And then, once you’ve done that, I want you to consider what genre best suits your idea. Because when you have a sense of your story’s main genre, you can start to see the overall shape of your story, plus what key scenes and genre conventions need to be present in order to satisfy readers. 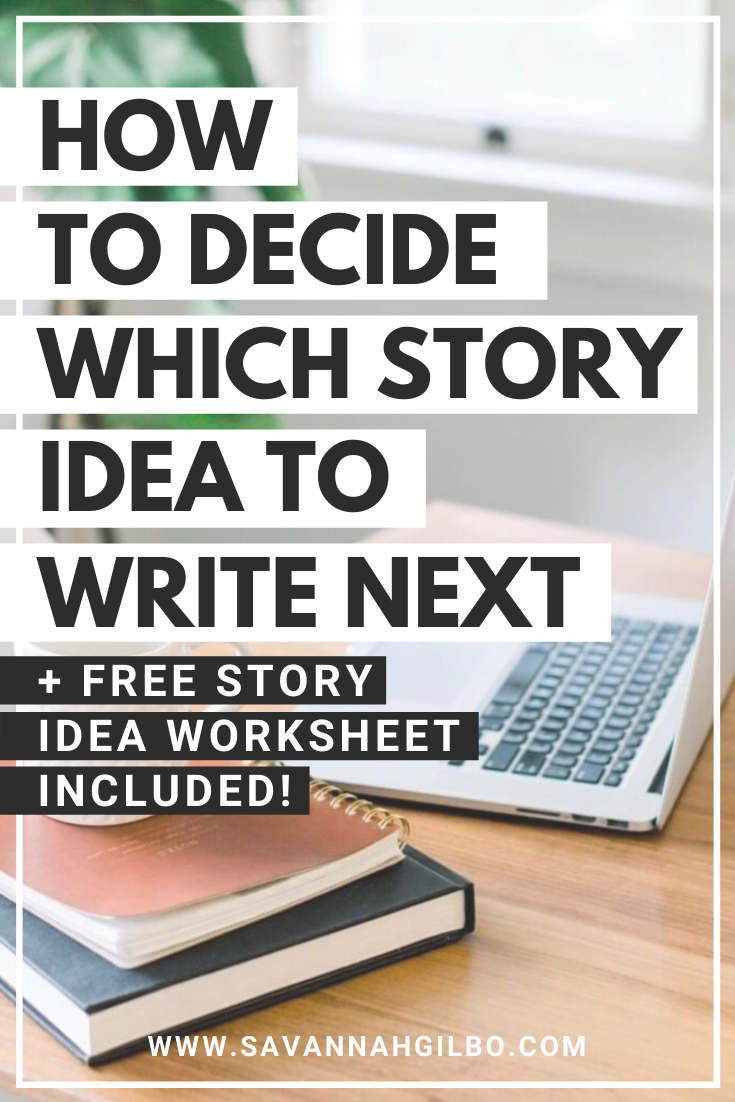 Okay -- that was a lot to go through, right?

No matter how much time and energy we invest in choosing our next writing project wisely, we won’t always be able to predict which stories will be successful for us and which won’t.

But, hopefully, the tips we went over today will help you whittle down your options by clarifying which ideas align with your goals and abilities as a writer, as well as how to flesh out and strengthen an idea before you start writing.

👉 Let me know in the comments: Do you have a hard time deciding which story to write next? What steps do you take in order to make your decision?