The 10 Things Every Horror Novel Needs 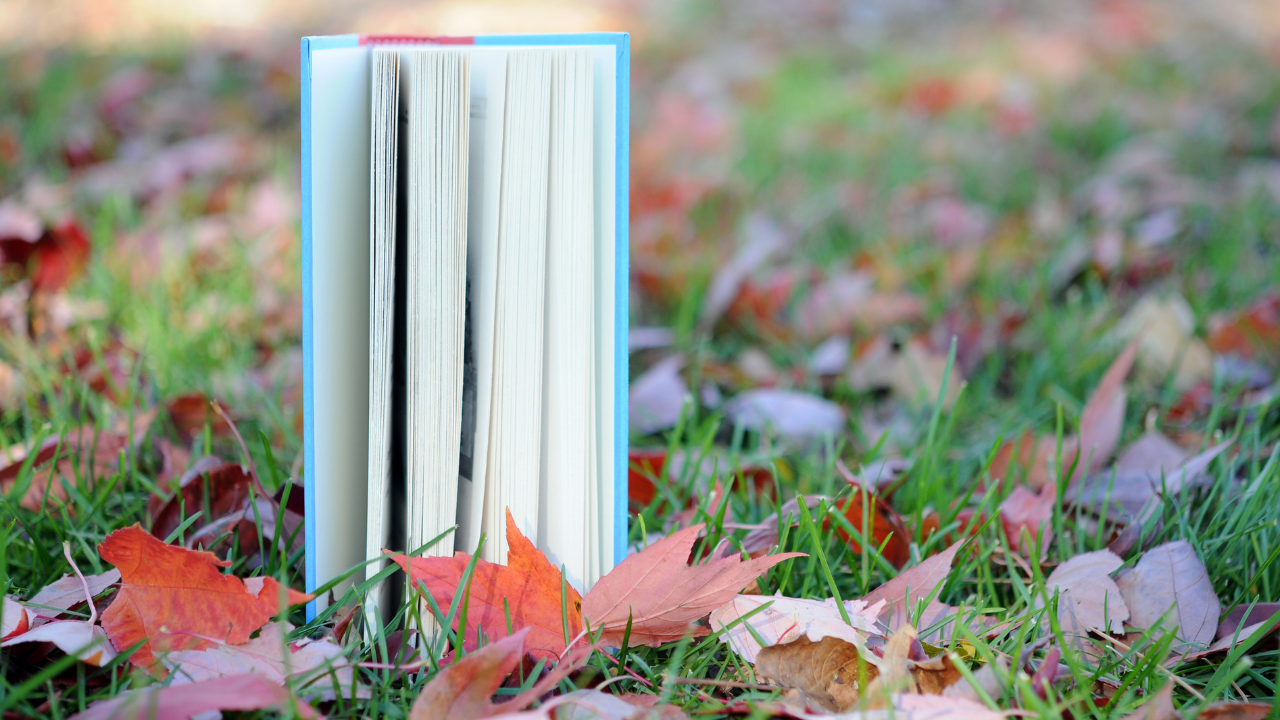 In today's post, I'm covering the must-have conventions of the horror genre. If you want to satisfy fans of the genre and write a horror story that works, you need to include these things in your novel.

I’m also going to show you how these conventions manifest in three popular movies—Halloween, Alien, and The Shining.

Well, the simple answer is that movies require less time investment than books. I’m hoping that if you haven’t seen any of these movies, you’ll watch them after reading this post to help cement these conventions in your mind.

But, before we get into what those conventions are, let’s go over some basics.

What makes a horror story?

Psychopaths, aliens, ghosts, creatures with glowing eyes, sharp teeth, and a dripping maw. The possibilities for creating a terrifying monster are literally endless.

But a terrifying monster does not a horror novel make...

The beating heart of the horror genre is the knowledge that bad things can happen to good people.

In horror novels, there’s usually an ordinary, everyday type of character who gets dragged into some kind of life or death situation. In order to escape with his or her life, they need to defeat the monster or evil force that's intent on death and destruction.

Generally speaking, the power gap between the monster and the protagonist is wide and deep. Because of that, the protagonist has to work extra hard to muster up the courage needed to confront the monster with everything they’ve got. Sometimes that means fighting to their very last breath, if necessary.

The main action of a horror story tends to take place in isolated or claustrophobic settings. It’s this tight focus, plus the life and death stakes, plus the scary monster, that creates nail-biting tension and evokes fear in the reader.

Beyond that, horror stories can have any tone or style, be set in any place or time, and have various levels of romance, adventure, mystery, or magic. They can include different subplots as long as the protagonist’s fight for survival remains the focus of the story.

Why do people read horror stories?

People read horror novels to feel the thrill and terror of being in a life and death situation without actually being in danger in real life.

They want to experience what it’s like to confront their nightmares, face their darkest fears, and defeat scary monsters from the comfort of home.

By picking up a horror novel, the reader is essentially saying, “Hi, here’s my money. I’m ready to be terrified so, do your worst!”

So, what are the must-have conventions of the horror genre? Let’s take a look at our three case studies (warning–spoilers ahead):

The Conventions of the Horror Genre are:

#1. A monster that can’t be reasoned with.

The first thing you’ll want to include in your horror story is a monster or an antagonist that can’t be reasoned with. So, in other words, they function and are driven by motivations outside the realm of normal human behavior. They can’t be reasoned with as a “normal” human being would. The monster in your story can be a psychopath, something or someone possessed by an evil spirit, or just a misunderstood creature who’s trying to survive.

#2. The monster is VERY strong or powerful.

The second convention of the horror genre is that the monster or antagonist is very strong or powerful. In other words, the power divide between your antagonist and protagonist is pretty large. And this power divide could be one of strength, intelligence, magical ability, or anything like that. The reason this is important is because we want readers to feel like it’s going to be nearly impossible for your protagonist to survive any kind of encounter with the monster or antagonist.

#3. There’s some kind of sin or past mistake.

The third convention you’ll want to include in your story is some kind of sin or past mistake that the protagonist (or the world) is being punished for. Sometimes there’s one person who’s directly responsible for unleashing the monster or the antagonist on the world. Other times, there might be corruption in a small town, or past crimes repeating themselves. There could also be something like a parent's sin that's being visited on the children. More often than not, the retelling of this sin or mistake serves as the warning sign that the protagonist either willingly or unwillingly ignores thus putting them on a direct path toward the monster or antagonist.

The fourth convention you’ll want to include in your horror story is some kind of claustrophobic setting. The best settings for horror stories are isolated, confined, or claustrophobic areas that make the protagonist feel trapped and conceal the presence of the monster. This intensifies the pressure and makes it difficult for the protagonist to escape. More often than not, the settings in horror stories are pretty ordinary -- until, of course, they’re not.

#6. The monster stays hidden as long as possible.

The sixth convention you’ll want to include in your horror story is that the monster stays hidden as long as possible. So, in horror stories, we don’t always see the monster until the very end. Sometimes, all we get are flashes of part of the monster, or we experience random attacks at a distance or via technology or visions. However you want to do it, the goal is that this helps create suspense in the reader and/or your characters because they’re never really sure when the monster will attack or be fully revealed.

The next convention you’ll want to include in your horror story is at least one shapeshifter. Shapeshifters are characters who say one thing and do another -- and usually, their behavior directly impacts the protagonist’s mission to defeat the monster or antagonist.

The next convention you’ll want to include in your horror story is some kind of ticking clock. So, this is some kind of deadline by which the protagonist has to figure out how to stop the monster or the antagonist. It’s essentially a kill or be killed situation for your protagonist.

#9. A speech in praise of the monster.

The next convention you’ll want to include in your horror story is some kind of speech in praise of the monster. So, there’s always a moment in horror stories where one or two characters talk about how strong, smart, and powerful the monster or antagonist is. This is what I mean by a speech in praise of the monster, but this speech could be shown through a conversation or through letters or newspaper articles, or even broadcast on TV. Sometimes it’s even just as simple as the protagonist piecing together bits of information that give him or her a real look at just how powerful the monster or antagonist really is.

You're probably thinking, "This is so obvious! Tell me something I don't know!" But seriously, you'd be surprised how many first drafts I see that are missing these conventions.

These roles, settings, and events are what readers come to horror novels for. Everyone wants to see a monster that can’t be reasoned with and feel fear as they turn the pages, right?

(I bet you can't. If you have read a book that was missing those conventions, you probably stopped reading it somewhere in the first 50 pages.)

So, make sure you include these conventions in your story!

Many great horror stories scare us precisely because they deliver these conventions in unexpected or surprising ways. If you can find a way to give the reader what they want, in your own unique way, you'll gain fans for life! 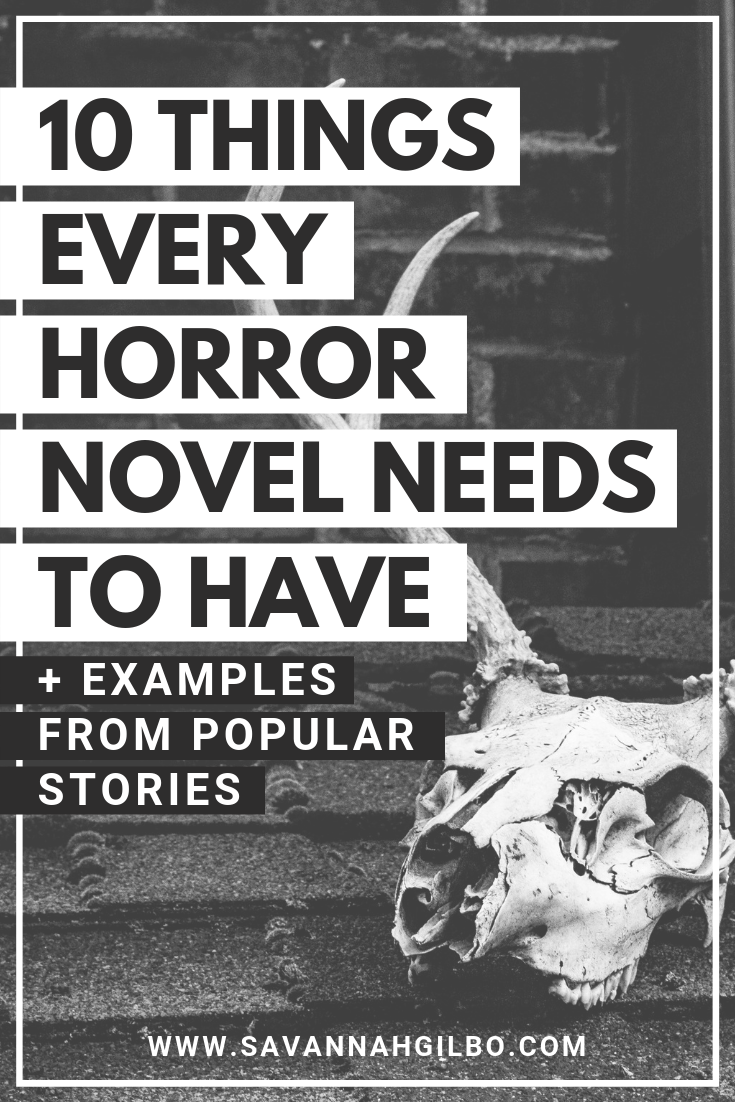 👉 Let’s discuss in the comments: Are you writing a horror novel? How do you come up with innovative ways to deliver these conventions of the horror genre?