The 6 Scenes Every Worldview Novel Needs 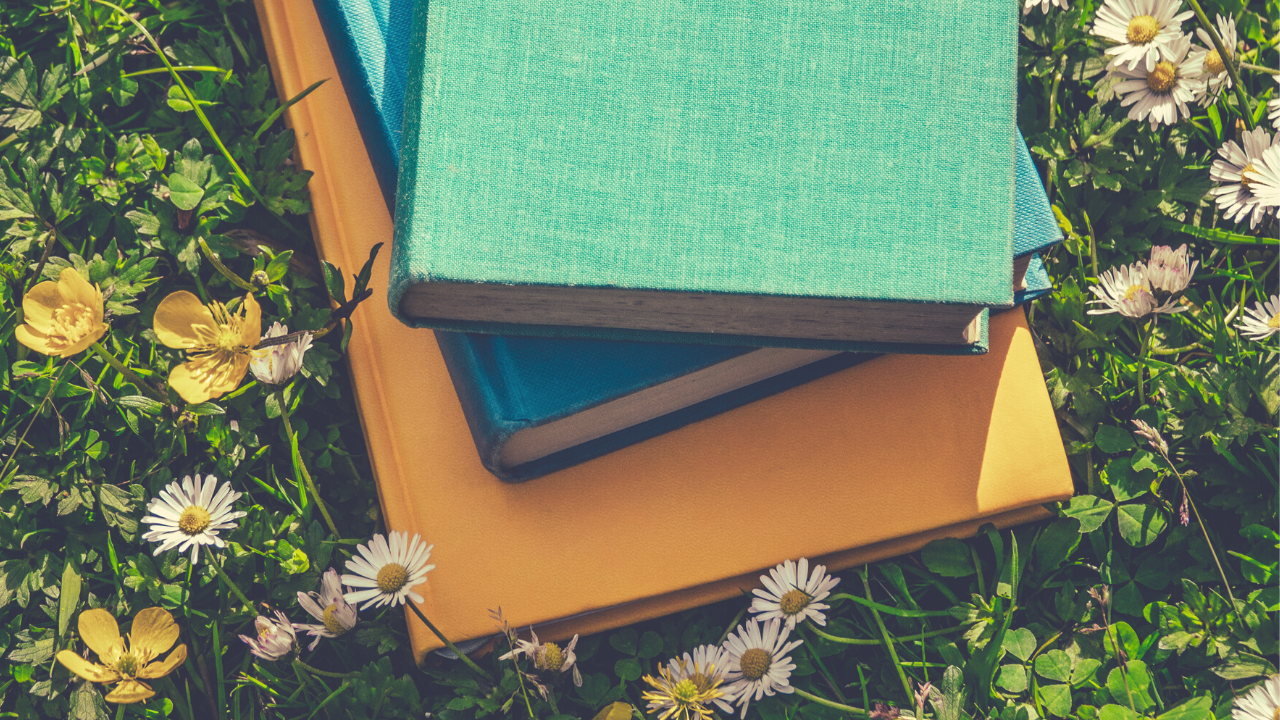 In today's post, I'm covering the obligatory scenes of the worldview genre. If you're writing a young adult novel or a story in which a character goes through a major life change, then this post is for you!

I’m also going to show you how these six key scenes manifest in three popular movies—The Perks of Being a Wallflower, Juno, and The 40-Year-Old Virgin.

But before we get into the conventions of the worldview genre, let’s go over some basics.

What makes a Worldview story?

Worldview stories focus on a period in the character’s life where he or she is transitioning from one significant state to another.

These stories show how life forces a character to grow and change, and awaken to a new understanding of themselves, or the world around them.

A lot of young adult novels fall into this genre because YA stories are about characters who are about to “come of age,” or transition from youth into adulthood.

But not all worldview stories need to feature a teenage protagonist who’s coming of age. I’m sure we’ve all met a few adults who have some kind of growing up to do, right?

Regardless of the protagonist's age, these stories usually end with the same realization: life’s not going to change, so I better change instead.

And usually, this change is for the better, making the protagonist a stronger, more capable person with a new appreciation for the life ahead of them.

Beyond that, worldview stories can have any tone or style, be set in any place or time, and have various levels of romance, adventure, mystery, or magic.

They can include different subplots as long as the protagonist’s internal change, their transition from one life stage to another, remains the focus of the story.

Why do people read Worldview stories?

Life doesn’t always give us what we want, right? We’ve all been kicked in the butt by life at one point or another–death, puberty, divorce, midlife crisis, losing a job, the growing pains of adolescence…

We’ve all experienced some kind of “life problem” that has forced us to stop in our tracks and re-examine who we are and what we value in order to move forward.

Worldview stories give readers a glimpse into how other people deal with and survive these “roadblocks.” They give readers a sense of relief, satisfaction, and maybe even hope that they, too, can survive whatever roadblocks appear in their lives.

In other words, these stories are universal because life is universal.

Obligatory scenes are the key events, decisions, and discoveries that move the protagonist along on his or her journey. These key scenes are what help you evoke emotional reactions in the reader. And, when coupled with your genre’s conventions, will give the reader the experience they’re looking for.

In a nutshell, if you don’t deliver the obligatory scenes and conventions of your genre, your story just won’t work.

So, what are the conventions of the Worldview genre?

Let’s take a look (warning–spoilers ahead!):

The Obligatory Scenes of the Worldview Genre are:

#1. The Protagonist’s Worldview is Challenged Scene

#2. The Protagonist Commits to the Wrong Thing Scene

The second key scene your worldview story needs is a scene in which the protagonist commits to the wrong thing. And by this, I mean that the protagonist usually commits to pursuing his or her “want,” or whatever thing they think will make them happy. So, at this point, they’re ignorant to what they really need, or to what will really make them feel happy and fulfilled. In some cases, the protagonist is even faced with an opportunity to get what he or she needs, but they reject this opportunity to pursue the thing they want.

#3. The Protagonist Ignores the Truth Scene

The third key scene you’ll want to include in your worldview story is a scene in which the protagonist ignores the truth or the lesson of the story. So, in most cases, whatever strategy the protagonist has been trying to use hasn’t been working and it’s time to try something else. Usually, the protagonist will see part (or all) of the truth, but they’ll decide to ignore it and will continue to cling onto their outdated worldview instead.

#4. The Protagonist Can’t Run from the Truth Anymore Scene

The fourth key scene you’ll want to include in your worldview story is a scene in which the protagonist can’t run from the truth anymore. So, this is when the protagonist faces some kind of failure or disappointment that leads to the realization that he or she must change. Their outdated worldview has protected them thus far, but now -- because of whatever has happened -- there’s no going back to the way things used to be. They can no longer avoid changing.

#5. The Protagonist Embraces the Truth Scene

The fifth key scene you’ll want to include in your worldview story is a scene in which the protagonist finally embraces the truth. And this is the big event that the story has been leading up to. So, after realizing that they must change, the protagonist now accepts the truth and sheds his or her outdated worldview. This acceptance is what allows the character to change priorities and acquire the thing they “need” instead of the thing they “wanted.”

#6. The Protagonist’s Loss of Innocence is Rewarded Scene

The sixth key scene is a scene in which the protagonist’s loss of innocence is rewarded. So, once the protagonist sheds their outdated worldview, they are rewarded with a deeper understanding of life. These stories don’t always end with a “happily ever after,” but rather with a new beginning or a sense that there’s a lot of life yet to be lived. We see that the protagonist can now enter into this next phase of life empowered by the truth instead of hiding from it. 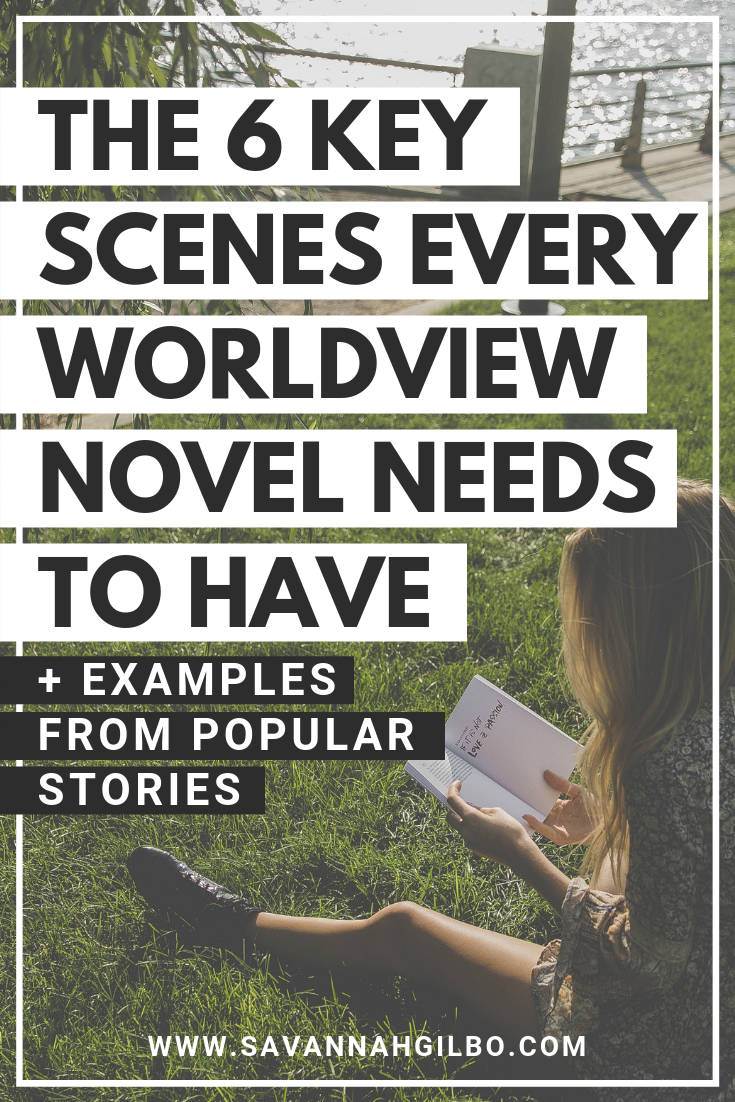 These are the scenes that readers come to worldview stories for.

Everyone wants to see the moment where the protagonist finally embraces the truth that's been staring them in the face for the whole story, right? Can you imagine a worldview story without that scene? It just wouldn't be the same.

Find a way to give the reader what they want, in new and unexpected ways, and you'll gain fans for life. Many great coming-of-age stories stick with us because they include these key scenes in an innovative way. You can do this, too!

👉 Let's discuss in the comments: Are you writing a worldview novel? How do you come up with innovative ways to deliver the obligatory scenes of the genre?