The 10 Things Every Worldview Novel Needs 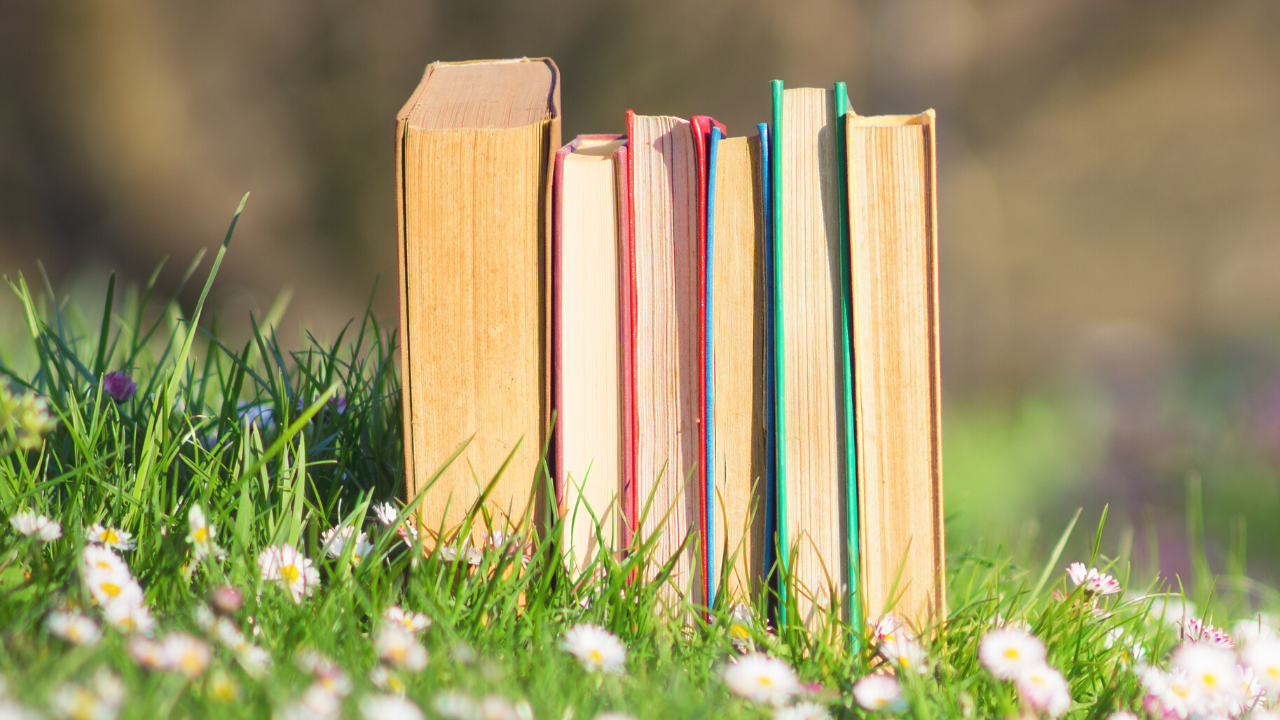 Are you writing a young adult novel? Or a story about a character who’s going through a major life change or transition? If so, you’re going to love today’s post on the conventions of the worldview genre!

The worldview genre can be found in almost every story. It’s the emotional arc (or internal change) a character experiences as he or she pursues their goals, faces seemingly impossible roadblocks or challenges, and comes out the other side a better, more capable person.

And while there’s no fool-proof way of writing a successful worldview novel, there are ways to ensure that your story is ticking all the right boxes.

So, in today’s post, I’m going to go over the ten genre conventions that must be present in your worldview novel in order to satisfy those readers and to write a story that works. I’m also going to show you how these conventions manifest in three popular movies—The 40-Year Old Virgin, The Perks of Being a Wallflower, and Juno. But before we get into the conventions of the worldview genre, let’s go over some basics.

What makes a Worldview story?

Worldview stories focus on a period of the main character’s life where he or she is transitioning from one significant state to another. These stories show how the external events of the plot affect a character in such a way that he or she must grow, change, and awaken to a new understanding of themselves, or the world around him or her.

If that sounds really familiar, or like every story you’ve ever read, you’re right. This type of emotional arc or internal worldview change can be found in almost every story.

A lot of young adult novels fall into this genre because YA stories tend to be about a character who “comes of age,” or transitions from youth into adulthood. But not all worldview stories need to feature a teenage protagonist who’s coming of age. I’m sure we’ve all met a few adults who have some kind of growing up to do, right?

Regardless of the age of the protagonist, these stories usually end with the same realization–life’s not going to change, so I had better change instead. And usually, this change is for the better, making the protagonist a stronger, happier person with a new appreciation for the life ahead of him or her.

Why do people read Worldview stories?

People choose to read worldview novels because they are super relatable!

Life doesn’t always give us what we want, right? I mean, we’ve all been kicked in the butt by life at one point or another -- whether through puberty, divorce, death, a midlife crisis, losing a job, the pains of adolescence… you name it. We’ve all experienced some kind of “life problem” that has forced us to stop in our tracks and re-examine who we are and what we value in order to move forward.

Worldview stories give readers a glimpse into how other people (your characters) deal with and survive these “roadblocks.” They give readers a sense of relief, satisfaction, and maybe even hope that they, too, can survive whatever roadblocks or challenges are appearing in their own lives.

As I go through these conventions, I want you to consider WHY each of these roles or settings or events would need to be in a worldview novel -- or what purpose they serve in the overall narrative. You’ll probably notice that each of these conventions has a really specific reason WHY it needs to be there -- and because of that, you can use these conventions (plus the obligatory scenes of the worldview genre) to help you craft an outline or the first draft of a story that works.

So, what are the conventions of the Worldview genre? Let’s take a look (warning–spoilers ahead!):

What are the Conventions of a Worldview story?

The first thing you’ll want to be sure to include in your worldview novel is a mentor. A mentor is a person (or a group of people) who gives the protagonist advice, help, guidance, tools, insight, or all of the above. They help to motivate the protagonist and encourage him or her to move on to the next stage in their life.

#2. A Protagonist With an Outdated Worldview

The next thing you’ll want to include in your worldview story is at least one shapeshifter. Shapeshifters are characters who turn out to be different than they first appear -- either to the protagonist, the reader, or both. Shapeshifters are generally aware of the fact that they’re pretending to be something they’re not and are careful to conceal it from the protagonist. They might be “good” or “bad” (or both) depending on where they appear in the story.

The next thing you’ll want to include in your worldview story is some kind of internal change within your protagonist. So, at some point in the story, your protagonist has to realize that the world isn’t going to change, so he or she must change instead. This is when the character’s worldview changes and they can now accept that the world isn’t as black-and-white as he or she originally thought. Sometimes, this change occurs when the protagonist decides that he or she will no longer be defined by society or family and accepts a new definition of themselves–one that he or she created independently from other people’s perceptions and/or opinions.

#6. Confrontation with the Adult World

The next thing you’ll want to include in your worldview story is some kind of confrontation with the adult world. So, no matter how old your protagonist is, he or she will be tested throughout the story as an adult. They might be ready for the test, or they might be forced into it by circumstances. Whatever happens, it’s this confrontation with the adult world that causes him or her to realize they have to solve their own problems—parents, friends, and society cannot save them, and they must rely on themselves. With this painful realization comes each protagonist’s individuation.

The next thing you’ll want to include in your coming-of-age story is a strong emphasis on friendships! In worldview stories, friendships often play a much larger and more influential role than the protagonist’s relationships with parents or authority figures. Throughout the story, the protagonist learns how to define him/herself and stand up for who he/she really is–usually with the support of friends and in defiance of parents or authority figures.

The next thing you’ll want to include in your worldview story is some kind of external pressure. Usually, this external pressure comes from friends, family, and society to be a certain way or to meet certain expectations, or to fit in with certain "norms." The protagonist usually tries to live up to these expectations and experiences unhappiness as a result. This manifests as the protagonist chasing their “want” vs. satisfying their “need” — for most of the story anyway.

The last convention you’ll want to include in your coming-of-age story is a bittersweet ending. At the end of a worldview story, the protagonist has changed. He or she is now equipped with the strength and courage and independence to face the world head-on. But with this new strength comes a loss of innocence and often a certain sadness. These stories usually don’t end with a “happily ever after,” but at a new beginning, with the sense of a lot of life yet to be lived.

So, that's it! Those are the conventions of the worldview genre. As a quick reminder, these are the elements that readers come to coming-of-age stories for -- they love them! So, don’t skip over these conventions or leave them out of your story.

Instead, use them to help you flesh out and construct your story and then figure out a way to deliver these conventions in new and unexpected ways. If you do that, you’ll not only write a story that works, but you’ll probably gain fans for life, too -- and that’s the dream, right? 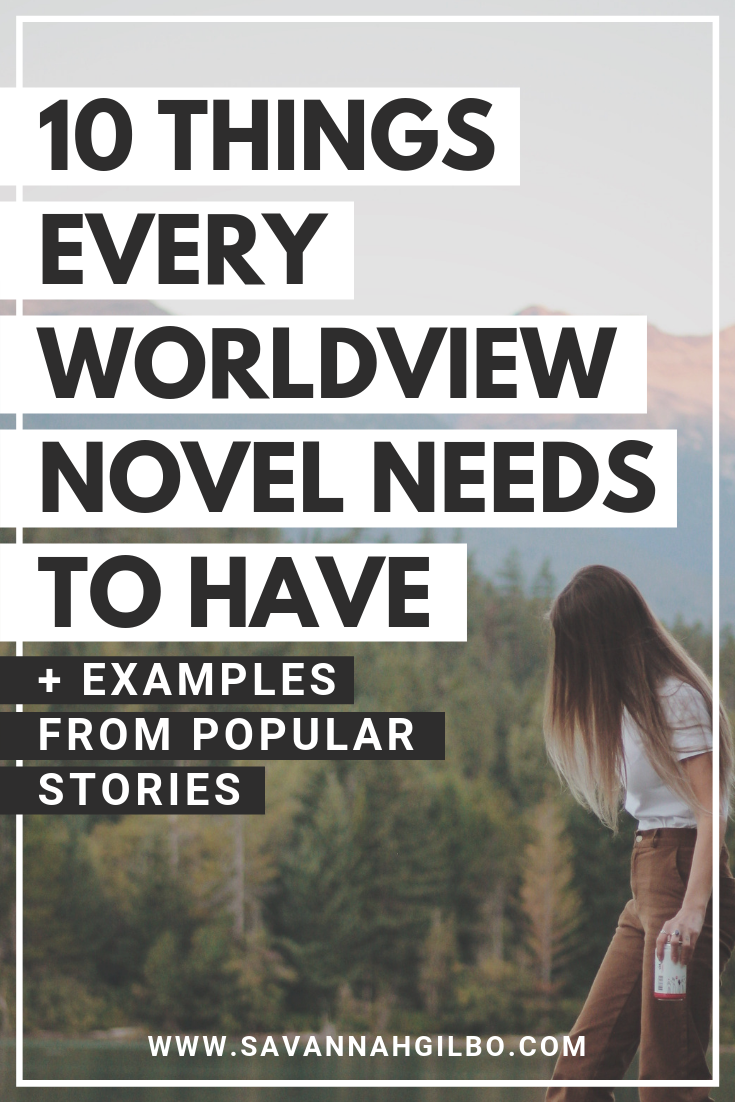