Value Shifts: How to Determine if a Scene Works 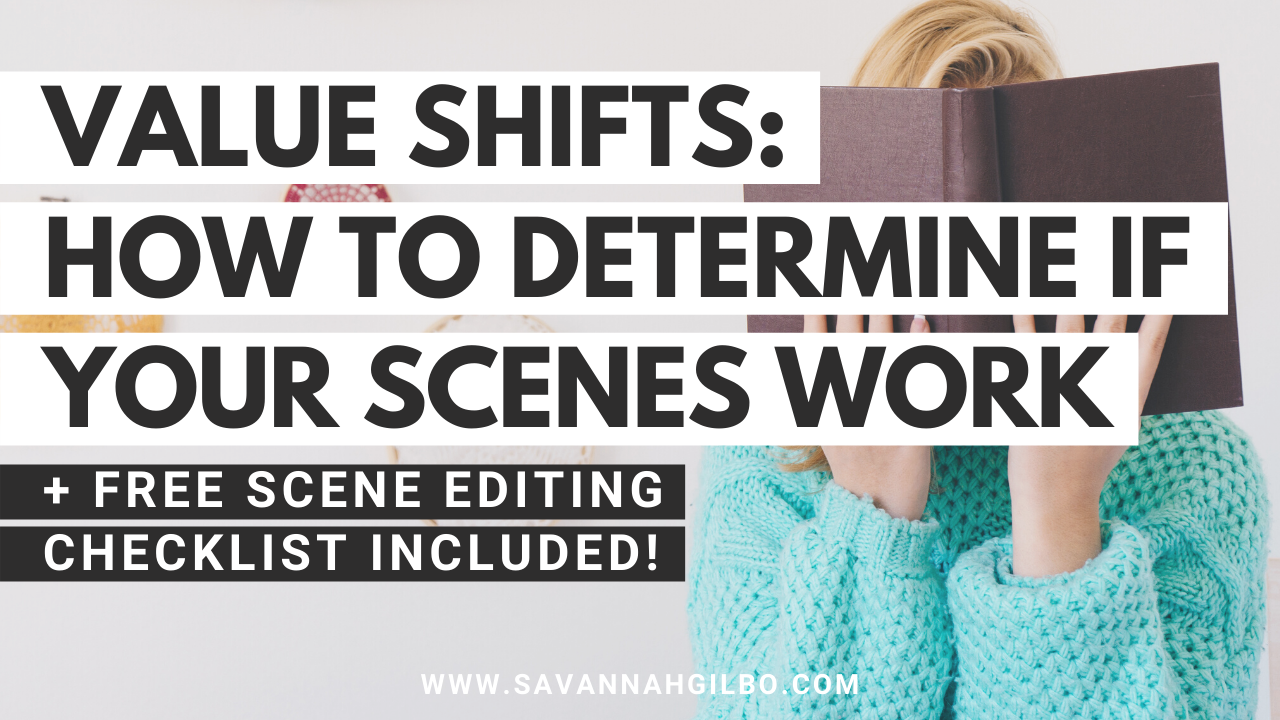 Have you ever written a scene that feels lackluster or lifeless?

Do you wish there was a quick and easy way to determine whether or not a scene works?

Well, you're in luck because, in today's post, I'm going to show you how to use the concept of value shifts at the scene level to help you write and edit a story that works.

But before we dive in, let’s talk about what a value shift is so that we’re on the same page.

What is a Value Shift?

A value shift is a quick way of describing the change that takes place within a scene.

Every scene in your story needs to have its own mini-arc of change that adds together to create your global story.

So, what does it mean to create an arc of change in each scene?

Now, you might be thinking… okay, that makes sense in general, but how does this help me plan, write, and edit my scenes?

Well, that's exactly what we're going to cover in the rest of this post! First, let's talk about how you can use value shifts to help you plan and write your scenes.

How to Use Value Shifts to Write Your Scenes

Let’s say you’re working on an outline for your story and you’ve written down some quick descriptions of what you already know about some of your scenes.

And now you need to start shaping your outline into something that resembles a story, right?

Well, the first thing you can do is "pressure test" your outline to make sure that what you've written down can actually translate into scenes that work.

The goal of this exercise is to first identify whether or not you have some kind of change in each of your scenes. Then, you'll want to determine whether that change is meaningful or not.

To do this, you'll want to look at each one of your scenes and ask -- does something change in this scene? And is this change meaningful?

So, let’s say you’re writing a romance novel. And let’s say you have a scene where your protagonist meets a friend for lunch. You might look at this scene on your outline and think to yourself… Yes! I have some kind of change here. My protagonist is hungry at the beginning of the scene and by the end of the scene, she’s full!

And, technically, you'd be right. Something does change.

But here's the really important thing -- this kind of change isn't very meaningful. I mean, who really cares that your protagonist ate a meal with their friend and now feels full? Do you even find that interesting and worth reading about?

So, if you go through your outline and realize you have a bunch of scenes like this, don't worry.

There’s a way to take what you already have in the scene and adjust it so that your arc of change becomes meaningful. And the first step in doing this is to consider your story's global genre.

Each Genre Has a Specific Value at Stake

Every genre has one main “value at stake.” This value at stake describes the primary change that's going to take place over the course of the story.

So, for example, in a romance novel, the value at stake is love. That’s what the protagonist stands to lose or gain over the course of the book. By the end of the story, the reader will learn whether the protagonist finds love or not.

In an action story, the main value at stake is life. The protagonist stands to lose their life if he or she isn’t successful in defeating the antagonist. By the end of the story, the reader will learn whether the protagonist lives or dies.

Once you know the main value at stake in your story, you can start to imagine the spectrum that exists between the negative and positive values.

Let’s go back to our example of a scene in which the protagonist meets their friend for lunch and shares a meal. If you look at this scene through the lens of the global value spectrum for the romance genre, the change doesn't contribute to the global story. The fact that the protagonist went from hungry to full doesn't move the protagonist closer to loving someone or hating someone, right?

Now, let's take the same scene and tweak it slightly. Let's say that your protagonist is meeting her friend for lunch and her friend brings along her cousin from out of state. Maybe your protagonist shares a bit of conversation with the cousin and leaves lunch feeling a sense of intrigue or attraction.

Another way to think about value shifts is in terms of positive or negative answers to your main story question.

Each scene in the story gets Katniss one step closer to "yes, she will survive" or "no, she won't survive."

In something like Pride and Prejudice, the main story question is, Will Elizabeth Bennet and Mr. Darcy get together or not?

Each scene in the story moves Elizabeth one step closer to "yes, she will fall in love with Mr. Darcy" or "no, she won't."

If you're not sure of the central question your story is asking, check out this article on story arcs where I talk about the shape of stories by genre.

Now, I should mention that sometimes it's really difficult to know exactly what’s going to change when you're planning and writing your scenes. And that's okay.

At the very least, you can probably tag each of your scenes as ending positively or negatively pretty easily, right?

So, if you can’t figure out what exactly is going to change, try to at least imagine if your scene will end positively or negatively. Usually, this will help you get going in the right direction when it comes to planning or writing your story.

Now let's move on to talk about how value shifts can help when it comes time to edit a messy first draft.

How to Use Value Shifts to Edit Your Scenes

Once you finish the first draft of a novel, you can go back through each of your scenes and identify whether or not a meaningful arc of change exists or not.

If you don’t have a meaningful arc of change in each scene, go back through some of the steps above to make sure that each of your scenes "works" before moving on.

For the sake of this post, let's pretend you've gone through each of your scenes and you've determined that each one includes a meaningful arc of change.

This is the exciting part of the process where we can take the concept of value shifts to the next level. We can start looking at each layer of your story to determine whether or not a scene can be made stronger by adding an additional value shift.

In most stories, there’ an external plot (or what happens on the surface) and an internal arc of change that happens within the protagonist.

You can think of these as your external genre and your internal genre -- and like we talked about earlier, each genre has a specific value at stake.

So, let's say you're writing an (external) action story with an (internal) worldview arc like in Harry Potter and the Sorcerer's Stone.

At this point in the process, you could go back through your entire draft and consider the external AND the internal arc of change within each scene.

In Harry Potter and the Sorcerer's Stone, there’s a scene where Hermione gets trapped in the bathroom with a troll, and Harry and Ron decide to save her.

In this scene, the external value shift could be described as going from "relative safety to being in danger." In the beginning of the scene, Harry and Ron are essentially safe eating dinner in the Great Hall. Once they decide to go after the troll, they've put themselves in danger. So, externally, the change here goes from positive to negative.

The internal value shift of this scene could be described as something like "enemies to friends. In the beginning of the scene, Harry and Ron are not friends with Hermione. During the scene, Harry makes the mature decision to save someone because it's the right thing to do (according to his worldview). By the end of the scene, Harry, Ron, and Hermione are friends. Things have changed from negative to positive.

A lot of the writers I work with end up with scenes where only external changes happen and nothing affects the character internally.

So, in the scene I just described, imagine if all Harry and Ron did was save Hermione from the troll and then they went back to being enemies. That wouldn't be as interesting and it would feel less impactful, right?

So, the key point here is that when it comes to revising your scenes, you'll want to consider both the external and the internal change within a scene. This will help you strengthen your work so that your story will have the most impact on future readers. 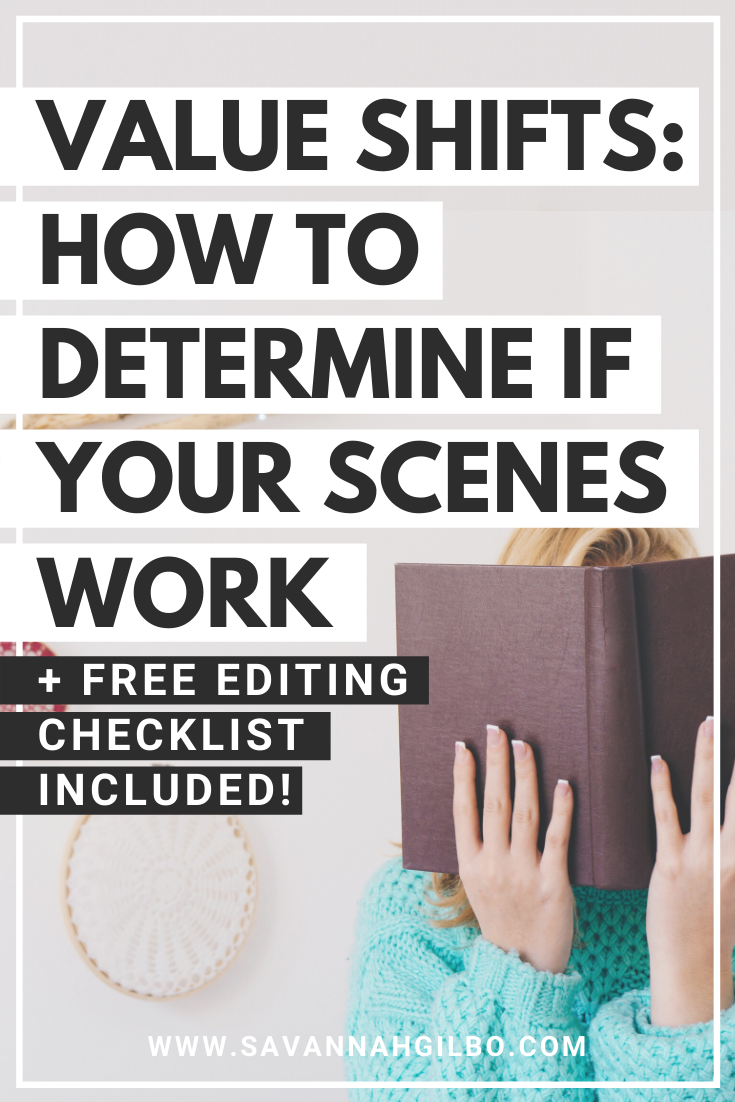 Hopefully, you can see how viewing each of your scenes through the lens of a value shift can help you write and edit your book.

And as I mentioned earlier, don't be surprised if this kind of work or clarity comes after you have a finished outline or even a finished first draft.

Sometimes it takes getting the shell of a story down on paper before you can see the value shifts or layer in any kind of deeper meaning into your story.

👉 Let me know in the comments: What do you think about value shifts? Will you use this tool to write or edit your work? 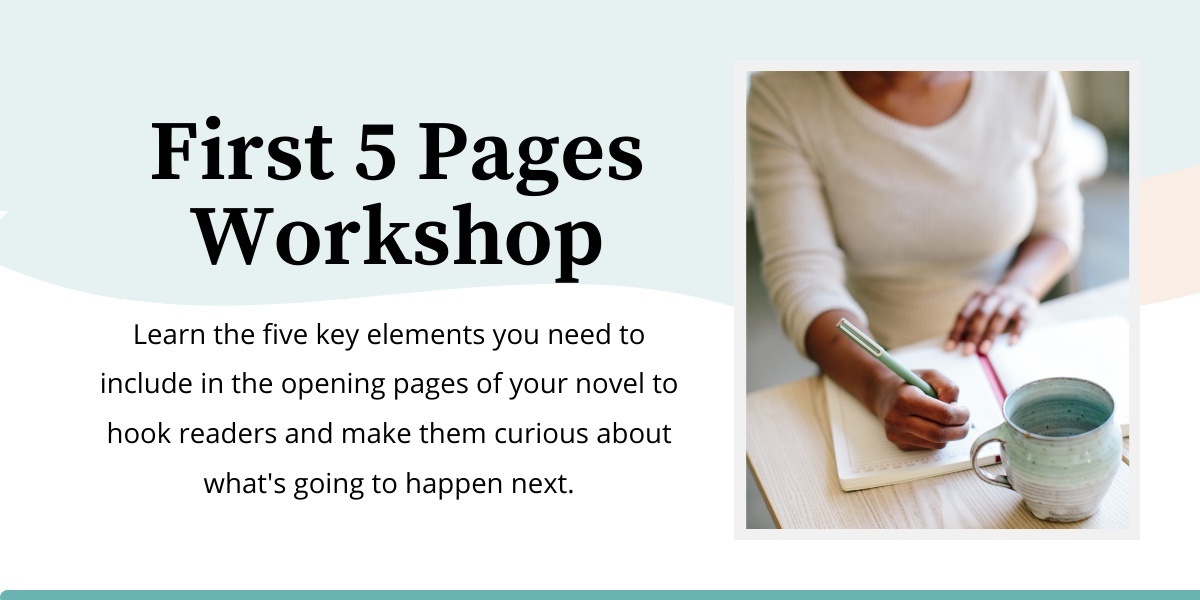