🎉 NEW WORKSHOP: How to Hook Readers in Your First 5 Pages 📖 [CLICK HERE TO LEARN MORE]

The 10 Things Every Thriller Novel Needs 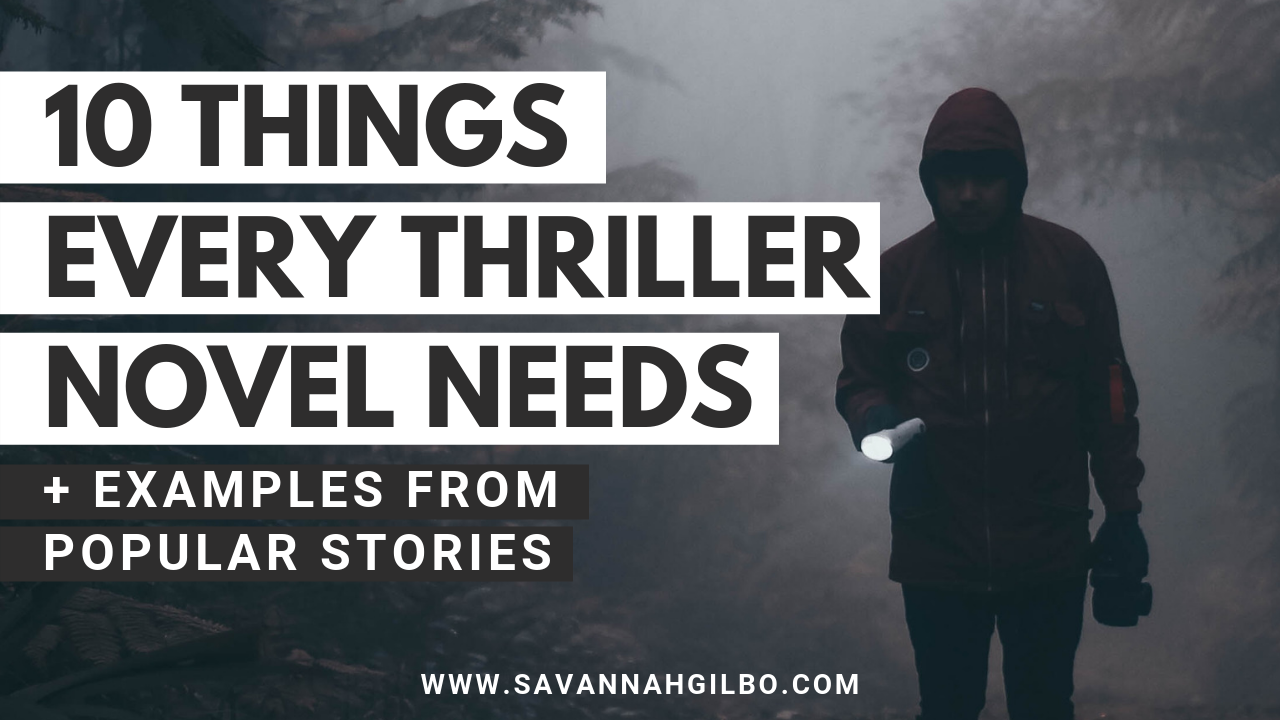 Thrillers are popular fiction for a reason. They combine the criminality and suspense of a good detective novel with the danger and pressure of a scary horror story. And while there’s no fool-proof way of writing a successful thriller, there are ways to ensure that your story is ticking all the right boxes.

So, in today’s post, I’m going to go over the ten genre conventions that must be present in your thriller novel in order to satisfy those readers and to write a story that works. I’m also going to show you how these conventions manifest in three popular movies—Silence of the Lambs, Misery, and Gone Girl. But before we get into the conventions of the thriller genre, let’s go over some basics.

What makes a thriller?

People often get thrillers confused with mystery novels because they are shelved together in bookstores. But there are quite a few differences between the two genres that you need to understand if you want to write a thriller that works.

In a mystery novel, the protagonist has to figure out who committed a crime that’s already happened. The detective or sleuth drives the story forward as he or she tries to figure out the criminal’s identity.

A thriller centers around a crime that’s about to happen… unless the protagonist can stop it, of course. In a thriller, the reader often knows who the villain is from the beginning, sometimes watching over the villain’s shoulders as he or she prepares to carry out the crime. Unlike mysteries, thrillers are driven forward by the antagonist.

Beyond that, thrillers can have any tone or style, be set in any place or time, and have various levels of danger or violence. They can include different subplots as long as the quest to outsmart and stop the villain remains the main focus of the novel.

Why do people read thrillers?

Thrillers are fast-paced novels full of conflict, tension, suspense, unexpected twists, and high stakes. People choose thrillers because they want to experience the thrill of trying to outsmart and stop the villain before he or she commits a crime–all from the comfort of home.

In other words, if you don’t deliver the obligatory scenes and conventions of your genre, your story just won’t work. So, what are the conventions of a thriller? Let’s take a look (warning: spoilers ahead).

What are the conventions of a thriller?

There needs to be a crime indicative of a master villain. Sometimes the villain has already committed other crimes before we enter the story on page one–for example if they are a serial killer. In most cases, the protagonist is feeling the threat of a crime that the villain is planning on committing.

In a thriller, there needs to be at least one victim. This could include dead bodies, hostages, or missing persons.

The antagonist in a thriller can’t be reasoned with. They might be intent on annihilation, devastation, or power at the expense of others. They are clever and incredibly powerful. Sometimes they manifest as a master criminal, a serial murderer, or a manipulating villain, etc. They are usually human, not a beast or monster.

Throughout the story, the protagonist follows a trail of clues in order to find and/or trap the master antagonist. Some of these clues are “true,” meaning they lead the protagonist closer to the truth, but most are dead ends or red herrings that temporarily misdirect the protagonist and the reader.

#5. A Speech in Praise of the Villain

A moment where one or more characters talks about the brilliance of the antagonist. This could be shown in a conversation, through letters, through a newspaper article, on TV, etc. Sometimes it happens in the form of a revelation where the character pieces together information in their mind and realizes they have a master villain on their hands.

A shapeshifter is a character who says one thing and does another, directly impacting the protagonist’s mission to stop the antagonist.

Or some kind of deadline by which the protagonist has to figure out who the antagonist is, and stop him or her from doing more harm.

In a thriller, there must be more than one life at stake. And eventually, the protagonist’s life will be at stake when he or she gets closer to confronting or stopping the villain.

In the end, when everything seems to be over and done, the antagonist rebounds to challenge the protagonist one final time.

So, there you have it–the 10 things every thriller novel must have in order to satisfy fans of the genre!

You might think that including these things in your thriller novel sounds obvious, but you’d be surprised how many drafts I see that are missing more than half of them. If you want your thriller to “work,” and to satisfy fans of the genre, make sure to deliver each of the conventions listed above. 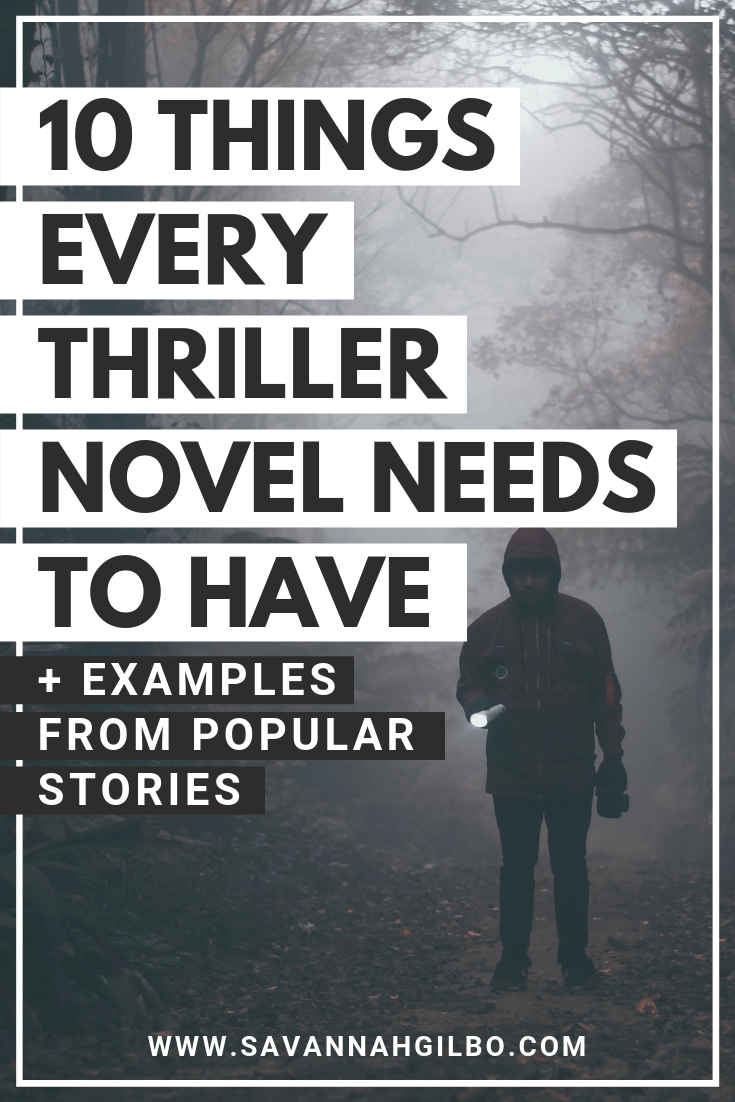