When Should You Write in Scene vs. Summary? 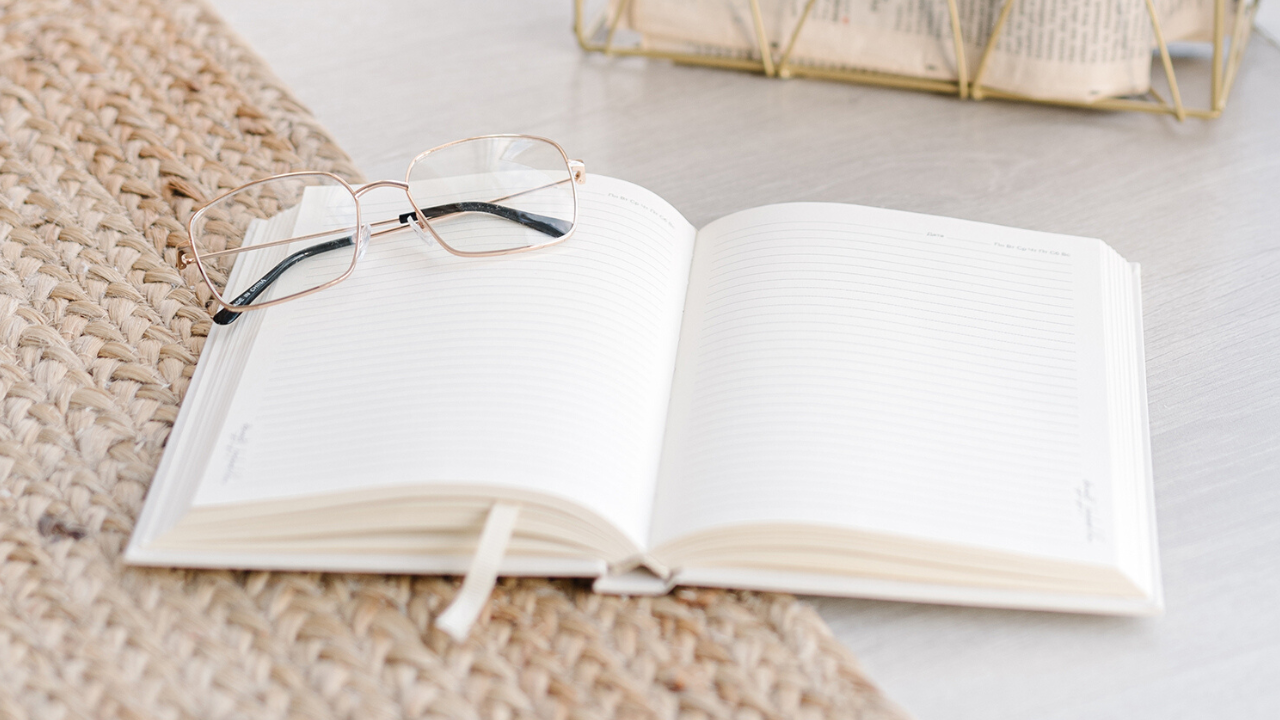 Stories need both scenes and summaries to work, but it can sometimes be challenging to determine when to use which.

What’s the Difference Between Scene and Summary?

Scenes are concrete moments that unfold in real time–they are dramatized. In these moments, readers “watch” the characters move across the setting, interact with other characters or the setting, and speak as if everything’s taking place in real time.

Because of this, scenes need to include an arc of change from beginning to end. You can read this article about how to write a well-structured scene, but essentially, your point-of-view character has a scene goal, they are met with conflict as they pursue that scene goal, and ultimately, they have to make a tough decision that leads them into the next scene and moves the story forward, too.

Since these moments unfold in real-time, scenes appeal to the senses more than summaries do. They are “shown” more than they are “told” to readers. That means we’re in the point-of-view character’s head, and through their perspective, we’re sensing and experiencing the moment together.

Summaries happen over a condensed period of time (not in real-time). They convey ideas, concepts, and information rather than create a specific experience that a character (and by extension, the reader) are “living through” in real-time.

This means that summaries can cover any period of time from a day, to a week, to a month, or even a year. They can be used to replay past (or future) events within a small bit of text, and they can even convey recurring events that happen over time, too.

Because of this, summaries are often “told” more than “shown” to readers. As such, summaries allow you to guide the reader to different locations or convey something from a different time, and things like that.

To bring this concept of scenes vs. summaries to life, let’s take a look at two examples–one from Harry Potter and the Sorcerer’s Stone by J.K. Rowling, and the other from Sharp Objects by Gillian Flynn.

Scene vs. Summary: An Example from Harry Potter and the Sorcerer’s Stone by J.K. Rowling

Here’s an excerpt from Chapter 12, The Mirror of Erised, from Harry Potter and the Sorcerer’s Stone by J.K. Rowling:

“I think I know who that one’s from,” said Ron, turning a bit pink and pointing to a very lumpy parcel. “My mum. I told her you didn’t expect any presents and — oh, no,” he groaned, “she’s made you a Weasley sweater.”

Harry had torn open the parcel to find a thick, hand-knitted sweater in emerald green and a large box of homemade fudge.

“Every year she makes us a sweater,” said Ron, unwrapping his own, “and mine’s always maroon.”

“That’s really nice of her,” said Harry, trying the fudge, which was very tasty.

His next present also contained candy — a large box of Chocolate Frogs from Hermione.

This only left one parcel. Harry picked it up and felt it. It was very light. He unwrapped it.

Something fluid and silvery gray went slithering to the floor where it lay in gleaming folds. Ron gasped.

“I’ve heard of those,” he said in a hushed voice, dropping the box of Every Flavor Beans he’d gotten from Hermione. “If that’s what I think it is — they’re really rare, and really valuable.”

Harry picked the shining, silvery cloth off the floor. It was strange to the touch, like water woven into material.

Notice how the above example unfolds in real time? Harry and Ron are opening presents on Christmas morning in real time.

Rowling has slowed down to show us this moment as a full blown scene because it’s important to the overall narrative. Here, Harry gets Chocolate Frogs that will later provide a key clue regarding Nicolas Flamel and the Sorcerer’s Stone and he gets the Invisibility Cloak, which serves an important purpose in this book and the rest of the series, too.

Now, let’s take a look at a summary from the same chapter. This excerpt happens at the beginning of the chapter, before the previous scene example.

Once the holidays had started, Ron and Harry were having too good a time to think much about Flamel. They had the dormitory to themselves and the common room was far emptier than usual, so they were able to get the good armchairs by the fire. They sat by the hour eating anything they could spear on a toasting fork — bread, English muffins, marshmallows — and plotting ways of getting Malfoy expelled, which were fun to talk about even if they wouldn’t work.

Ron also started teaching Harry wizard chess. This was exactly like Muggle chess except that the figures were alive, which made it a lot like directing troops in battle. Ron’s set was very old and battered. Like everything else he owned, it had once belonged to someone else in his family — in this case, his grandfather. However, old chessmen weren’t a drawback at all. Ron knew them so well he never had trouble getting them to do what he wanted.

Notice how Rowling is not slowing down to show us all the play-by-play details of Harry and Ron eating junk food by the fire or plotting how they’d get Malfoy expelled or learning the ins and outs of wizard chess?

It’s important for Rowling to “pull” these story threads through this chapter for the sake of continuity, but these moments aren’t important enough for her to dedicate pages and pages of text showing every bit of action.

Let’s take a look at another example.

Scene vs. Summary: An Example from Sharp Objects by Gillian Flynn

This excerpt comes from Chapter 2 of the novel Sharp Objects by Gillian Flynn (trigger warning: this excerpt talks about a dead body):

The man, white hair and ruined face, looked up at me with milky eyes. “Get the police,” he said. His voice came out crumpled. “And call an ambulance.”

Wedged in the foot-wide space between the hardware store and the beauty parlor was a tiny body, aimed out at the sidewalk. As if she were just sitting and waiting for us, brown eyes wide open. I recognized the wild curls. But the grin was gone. Natalie Keene’s lips caved in around her gums in a small circle. She looked like a plastic baby doll, the kind with a built-in hole for bottle feedings. Natalie had no teeth now.

The blood hit my face fast, and a shimmer of sweat quickly covered my skin. My legs and arms went slack, and for a second I thought I might smack the ground right next to the woman, who was now quietly praying. I backed up, leaned against a parked car, and put my fingers to my neck, willing my thumping pulse to slow. My eyes picked up images in meaningless flashes: The grimy rubber tip of the old man’s cane. A pink mole on the back of the woman’s neck. The Band-Aid on Natalie Keene’s knee. I could feel her name glowing hotly under my shirtsleeve.

Notice how the author slowed down to show us this moment unfolding in real-time?

It’s an important moment within the overarching story (because it’s the crime that kicks off the plot), but it’s also a moment that greatly affects the protagonist, Camille Preaker. And you can tell it affects her by the details and interiority the author chose to include.

Now, let’s take a look at a summary from the same chapter. This excerpt happens at the end of the chapter, after the previous scene example.

I sat in a room the color of egg yolk for two hours while the officer got my story down. The whole time I was thinking about Natalie going to autopsy, and how I would like to sneak in and put a fresh Band-Aid on her knee.

Notice how this summary covers approximately two hours? ANd how the author chose not to show us Camille’s conversation with the officer?

We don’t need to see Camille talk about finding Natalie’s body because we were right there with her. If the author had chosen to dramatize this scene in the police station, it would likely be a repeat of events that we already saw just a few pages ago.

So, the key takeaway here is that not everything that happens in a story needs to be dramatized in a full-blown scene. If you did this, your story would be long, flat, and boring. But how do you know when to write in scene vs. summary?

When Should You Write in Scene vs. Summary?

Keep in mind that these are not hard and fast rules, but rather guidelines to help you write the best, most impactful story possible.

Is it possible to mix scenes and summaries?

Yes! You can definitely mix scenes and summaries. For example, you might have a bit of a summary within a scene that briefly provides background information. Or, you may write a long passage of summary that has short moments of dramatization.

In many cases, it’s hard to know what should be a scene vs. summary until you get to the end of your first draft. So, try not to be too strict about this, especially when you’re outlining or drafting. What’s most important is that you know the difference between what a scene is vs. what a summary is. You can worry about making scenes into summaries (or vice versa) when you’re in the revision stage.

If you want to learn more about writing scenes, check out my workshop called How to Write Better Scenes. In this workshop, I walk through five scenes (from five different genres) to show you where the key structural moments occur and how the author wove in backstory, worldbuilding, interiority, and more. Enjoy!