The 6 Key Scenes Every Romance Needs 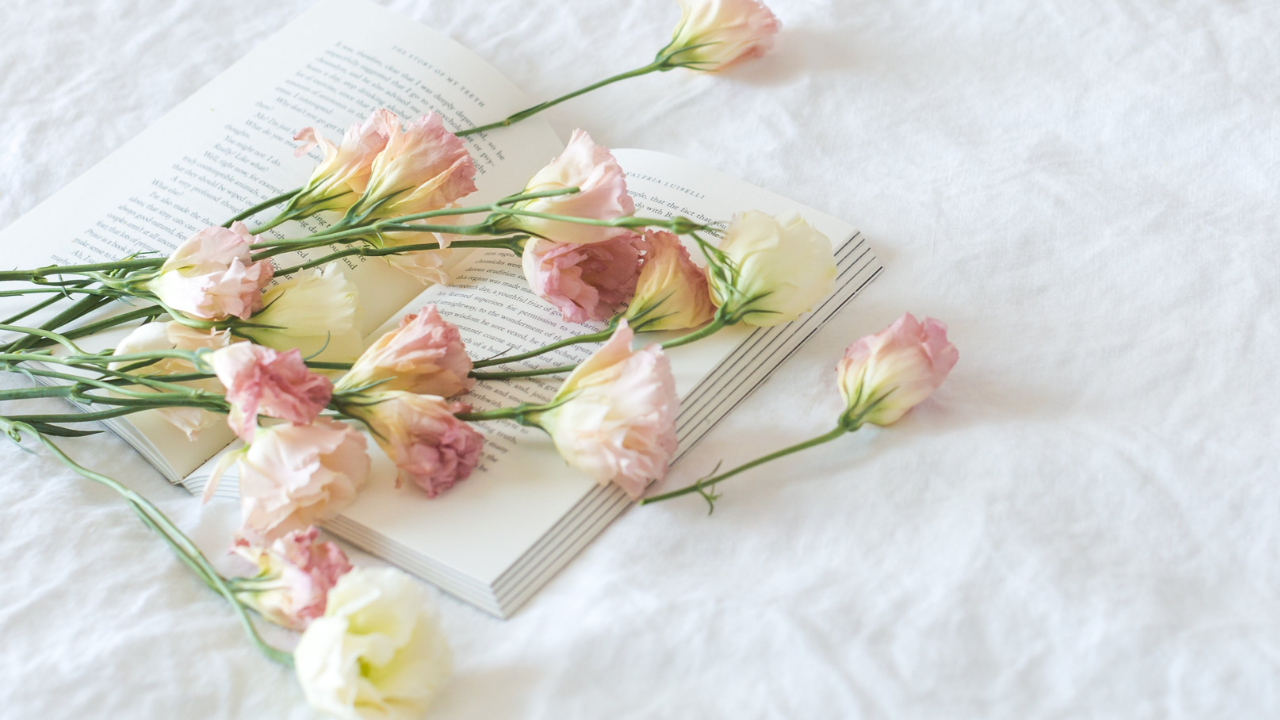 Romance is one of the best-selling genres in mass-market fiction with a large fan base of readers who just can’t get enough. In today’s post, I’m going to go over the key scenes that every romance novel needs to have in order to work and to satisfy fans of the genre.

I’m also going to show you how these key scenes manifest in three popular movies—Pride and Prejudice, Something’s Gotta Give, and Twilight. Why movies? The simple answer is that movies require less time investment than books. If you haven’t seen any of those movies, I hope you’ll watch them after reading this post!

Before we get into the six key scenes, let’s go over some basics.

What makes a romance novel?

Romance novels center around two individuals falling in love and struggling to make their relationship work. Most of the time, the relationships end “happily ever after,” or at the very least, “happily for now.” Beyond that, romance novels can have any tone or style, be set in any place or time, and have various levels of sensuality. They can include various subplots as long as the love story remains the main focus of the novel.

Why do people read romance novels?

People pick up romance novels because they want to experience all the butterflies and the excitement of falling in love without having to take any risks or be vulnerable themselves. And by the end of the story, they want to see love win.

So, now let’s take a look at what these key scenes are and how they show up in our three case studies. As I go through these key scenes, I want you to consider WHY each of these scenes needs to be in a romance novel -- or what purpose they serve in the narrative. My hope is that you’ll notice that each of these key scenes has a specific role in taking the protagonist on a journey from start to finish -- and because of that, you can use these six scenes to help you craft an outline or a first draft of a story that works.

Obligatory Scenes of the Romance Novel

The first scene your romance novel needs is a scene where the lovers meet for the first time. Or, if they already know each other, this is a scene where they first appear on the page together. This scene is sometimes referred to as the “meet-cute.” And it’s almost always the global inciting incident of your story.

The second scene you’ll want to include in your romance novel is a scene where your couple shares their first kiss or some kind of intimate moment. Now, not all love stories will have physical intimacy so, you’ll want to consider what makes sense for the heat level of your romance. If you’re writing more of a sweet romance, you might show them sharing an intimate moment where they hold hands, share some kind of dream for the future, or do something nice for the other. The point is to just show your couple moving closer to that sense of intimacy and romance.

#3. The Confession of Love Scene

The next scene you’ll want to include in your story is a scene where one or both of your characters confesses their feelings. This doesn’t necessarily mean one of your characters has to say “I love you” to the other, but it does have to be made known that one (or both) of your character’s feelings are no longer platonic. This scene usually happens somewhere around the midpoint of your novel because it’s a moment that really raises the stakes for your characters. Now they know -- and readers know -- what’s truly on the line.

#4. The Lovers Break Up Scene

The next scene you’ll want to include in your story is a scene where your characters break up or separate. So, usually, this break up is only temporary until each of the characters overcomes whatever’s holding them back from true love. So, essentially, they can’t yet live happily ever after because one or both of them hasn’t learned the lesson of the story yet. That internal wound or false belief is just too much -- it’s holding them back from happiness. And speaking of that, this scene usually happens around the end of act two. Right around that “all is lost” moment when all hope really does seem lost. The best break-up scenes are those in which it seems highly unlikely that the characters are going to reunite at the end. So, yes, the reader expects there to be a “happily ever after” ending, but you do want them to have their doubts until the very end.

#5. The Proof of Love Scene

The next scene you’ll want to include in your love story is the proof of love scene -- and this is the most important scene in a romance novel. It’s the climactic event that readers are waiting for from page one. The key component to a great proof of love scene is that one of the characters must sacrifice something for the happiness of the other. And not only that, but they need to do it without any hope that their action will change the other character’s mind about entering into a relationship. They’re simply sacrificing so that the other character can be happy because they love that other character so much. So, what does this sacrifice look like? Well, a character could sacrifice a part of themselves, they could sacrifice a job in a different state, a bad habit, a way of life, an outdated belief system, money -- I mean, you name it, it could be anything really. What you’re looking for with this sacrifice is something to prove that your character has learned the lesson of the story.

The last key scene you’ll want to include in your romance is a scene where the lovers get back together and commit to one another. And this is that glimpse at the “happily ever after” (HEA)—or the “happy for now” (HFN)—that your readers have been waiting for. So, it’s the emotional payoff that answers the question raised in the beginning of the story -- and it was a question of “will these characters get together or not?”

So, those are the six key scenes you need to include in your love story in order for it to work. Now, you might be thinking -- okay, those are all really obvious, Savannah… But, you’d be surprised how many drafts I see that are missing these key moments.

And sometimes, it’s not even that the drafts are missing these key moments, but instead, they downplay these key moments or gloss over them -- and that’s just doing the reader a disservice. Like we talked about earlier, these are the key scenes readers come to romance stories for so you really want to include them in your story in impactful and meaningful ways.

So, use these key scenes to help you construct your story and then figure out how to deliver them in new and unexpected ways. Do that and you’ll not only write a story that works, but you’ll probably gain fans for life, too! 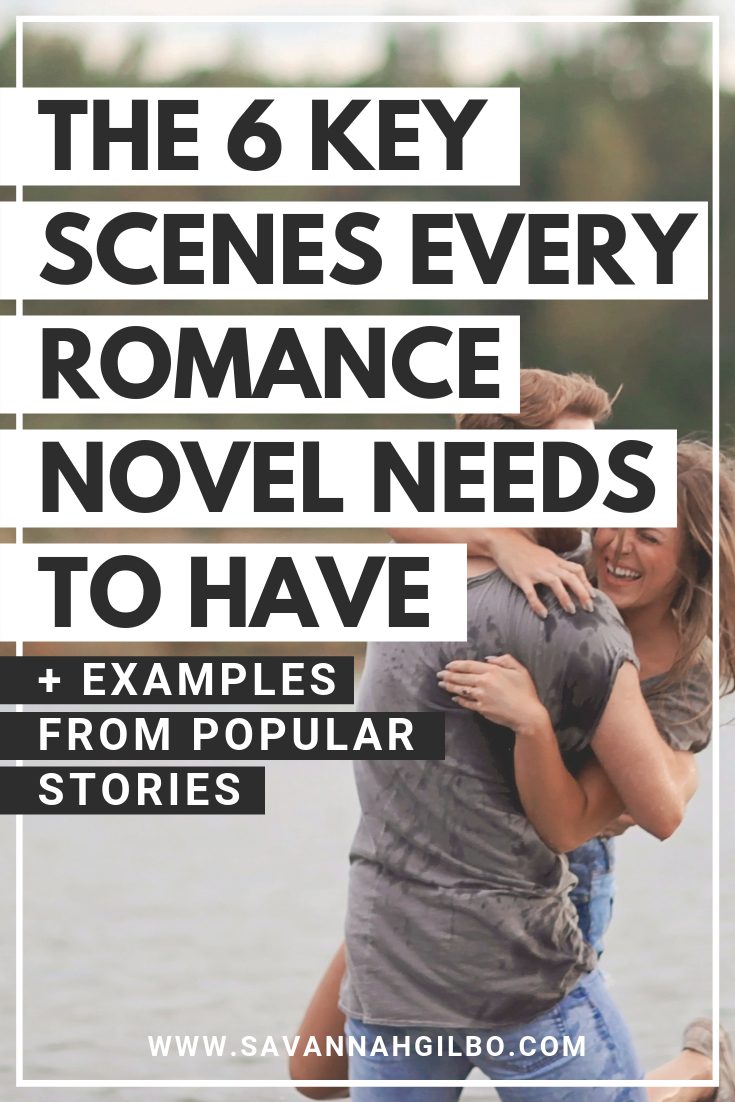 👉 Let's discuss in the comments: Do you have these obligatory scenes in your romance novel? If not, how can you add in what’s missing? Can you identify these key scenes in your favorite romance books or movies?