The 10 Things Every Romance Novel Needs 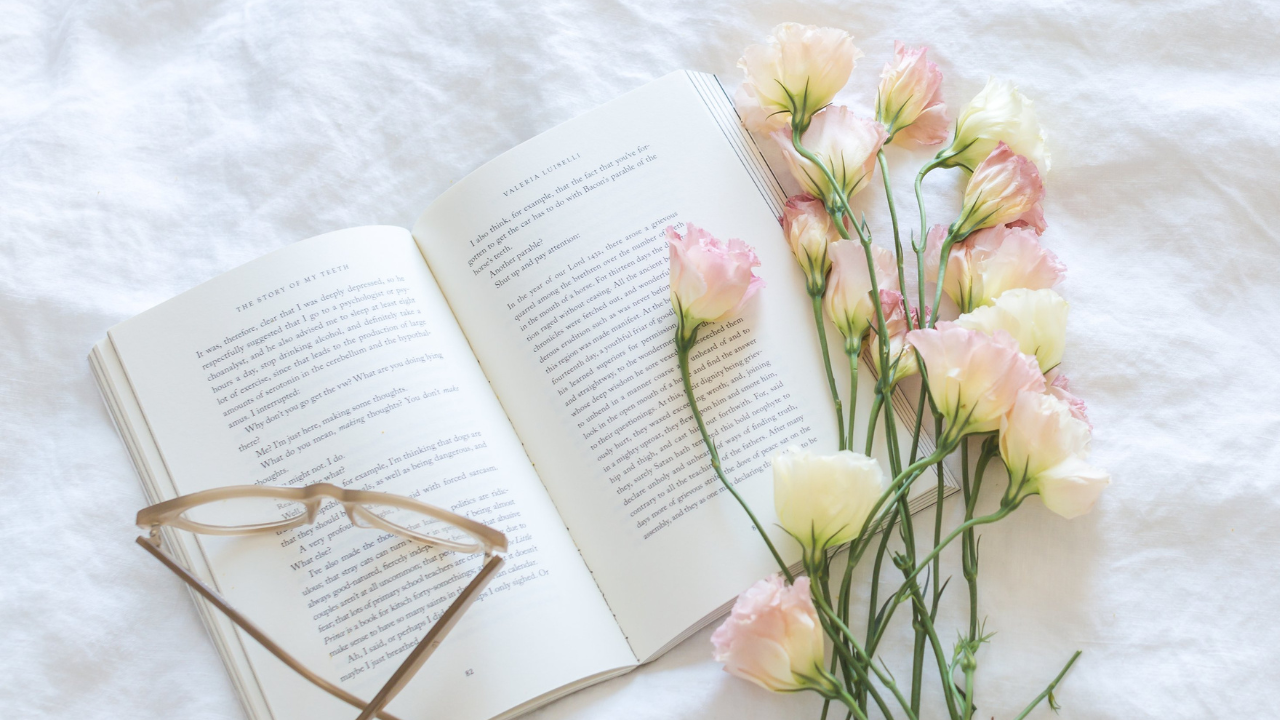 Romance is one of the best-selling genres in mass-market fiction with a large fan base of readers who just can’t get enough. In today’s post, I’m going to go over the ten conventions that must be present in your romance novel in order to satisfy those readers and to write a story that works.

I’m also going to show you how these conventions manifest in three popular movies—Pride and Prejudice, Something’s Gotta Give, and Twilight. Why movies? The simple answer is that movies require less time investment than books. If you haven’t seen any of those movies, I hope you’ll watch them after reading this post.

Before we get into the conventions of romance, let’s go over the basics.

What makes a romance novel?

Romance novels center around two individuals falling in love and struggling to make their relationship work. Most of the time, the relationships end “happily ever after,” or at the very least, “happily for now.” Beyond that, romance novels can have any tone or style, be set in any place or time, and have various levels of sensuality. They can include various subplots as long as the love story remains the main focus of the novel.

Why do people read romance novels?

People pick up romance novels because they want to experience all the emotions of falling in love without all the vulnerability and risk. In order to give your reader the emotional experience they’re looking for, you have to deliver the obligatory scenes and conventions of the romance genre.

In other words, if you don’t deliver the obligatory scenes and conventions of your genre, your story just won’t work. So, what are the conventions of a romance novel? Let’s take a look (spoiler warning).

What are the conventions of the romance genre?

The first convention you’ll want to include in your romance story is some kind of love triangle. And by that, I mean you need to have someone (or something) who’s competing for the affections of one (or both) of your lead characters.

Without a love triangle or a rival love interest, there’s no possibility for your protagonist to have a moment where they must choose between one person or another. And usually, it’s not just about choosing between two people -- it’s more about choosing what kind of person the protagonist wants to be going forward. So, for example, there’s usually a “good on paper” guy who represents the heroine’s comfort zone (or no need for change). And then, there’s the guy who pushes the heroine out of her comfort zone and causes her to blossom into the best version of herself. On the surface, it seems like she’s choosing between one guy and another, but in reality, she’s choosing what kind of person she wants to be.

The third convention you’ll want to include in your romance novel some kind of external goal or something outside of the relationship driving the actions of the two main characters. For example, maybe the heroine wants to climb the corporate ladder by getting a specific job title. Or maybe your hero wants to raise a certain amount of money to save his veterinarian practice. They might even have to work together, or solve a crime together, or keep a secret together, or whatever you come up with. Whatever it is, this goal needs to be something specific and timely that your characters think will bring them happiness or fulfillment.

And this goal does not have to relate to love, because usually, that’s not what’s on the protagonist’s mind. Usually, they want something else and love is not even on the table. So, to give your story depth, make sure there’s something other than love that your protagonist is going for. This will also help create conflict for your protagonist when love does enter the picture and they have to choose between this external goal and love, or figure out how they can still achieve this external goal and still have love, or whatever the situation is.

The fourth convention you’ll want to include in your romance novel is some kind of line between masculine and feminine sensibilities. In other words, there should be distinct differences in the ways that your two lovers view and approach love and all of its responsibilities. Now, this doesn’t mean you have to have a male and a female protagonist playing stereotypical gender roles. Even in LGBTQ stories, there needs to be a difference between “masculine” and “feminine” sensibilities. You can think of this as male vs. female, Mars vs. Venus, or Yin vs. Yang energy. This is important because it helps create a push/pull dynamic between your two main characters.

The fifth convention you’ll want to include in your romance novel is some kind of external conflict. So, even though you’re writing a story about a person who probably doesn’t want to fall in love for whatever reason, the relationship conflict is not enough. Ideally, there’s also some kind of external conflict for your protagonist to face that relates to the specific goal we talked about earlier. So, for example, maybe your hero and your heroine are on opposing teams in some kind of sporting event. Or maybe they’re going for the same position at work. Or it could be something like the heroine’s family values don’t mesh with what the hero is offering and it creates conflict outside of her relationship with the hero. Things like that.

The sixth convention you’ll want to include in your romance novel is some kind of internal conflict for your protagonist to face, and hopefully overcome. So, this could be anything within either one of your main characters that stands in the way of their ability to open up to true love and be in this relationship. It could be something like a limiting belief, a bad habit, a character wound, a lack of confidence, major self-doubt, or anything like that. And usually, this is what your character will have to overcome by the end of the story IF they want to be in this relationship with the other person. We’ll talk more about this in a second. This internal conflict could also be some kind of warring thoughts or goals like if your protagonist really wants to climb the career ladder, but to do so means moving out of the country and away from their love interest.

The eighth convention you’ll want to include in your romance novel is some kind of intimacy ritual or rituals that occur between your two main characters. Couples develop intimacy rituals such as shared traditions, private languages, and inside jokes that they only do with one another. These types of rituals are important to have in your romance novel because it helps you create and enhance the intimacy and chemistry between your two main characters.

The next convention you’ll want to include in your romance novel is some kind of internal change within one or both of your main characters. So, usually, there’s something inside the protagonist that makes them believe that either true love isn’t quite possible or that it doesn’t exist or that they aren’t deserving of it. This is kind of what we talked about earlier with that internal conflict, but we’re taking it a step further. So, in order to open up and receive true love, the protagonist has to go through a period of self-reflection and change -- they have to ask themselves who they want to be, the person who cowers in the face of their fears? Or the person who pushes past those fears or whatever’s holding them back and becomes a better version of themselves? In most cases, this change occurs because the protagonist has met and/or interacted with the other character. So, character A inspired character B to be a better person or they helped them believe in themselves or get over some kind of moral failing that was holding them back from being their best self.

#10. A Happily Ever After Ending

The final convention of the romance genre is the “Happily Ever After” ending. And this may be the most important one -- in fact, I’ve heard it said that if you don’t have a happily ever after ending, then you’re not really writing a romance. And I think that’s true -- that’s what readers want to see in this genre. But anyway, this is that awesome emotional payoff at the end of the story that answers the “will they get together or not” question raised at the very beginning. It’s the final moment to let readers sink into that wonderful feeling that love has won yet again.

If you do that, you’ll not only write a story that works, but you’ll probably gain fans for life, too -- and that’s the dream, right? 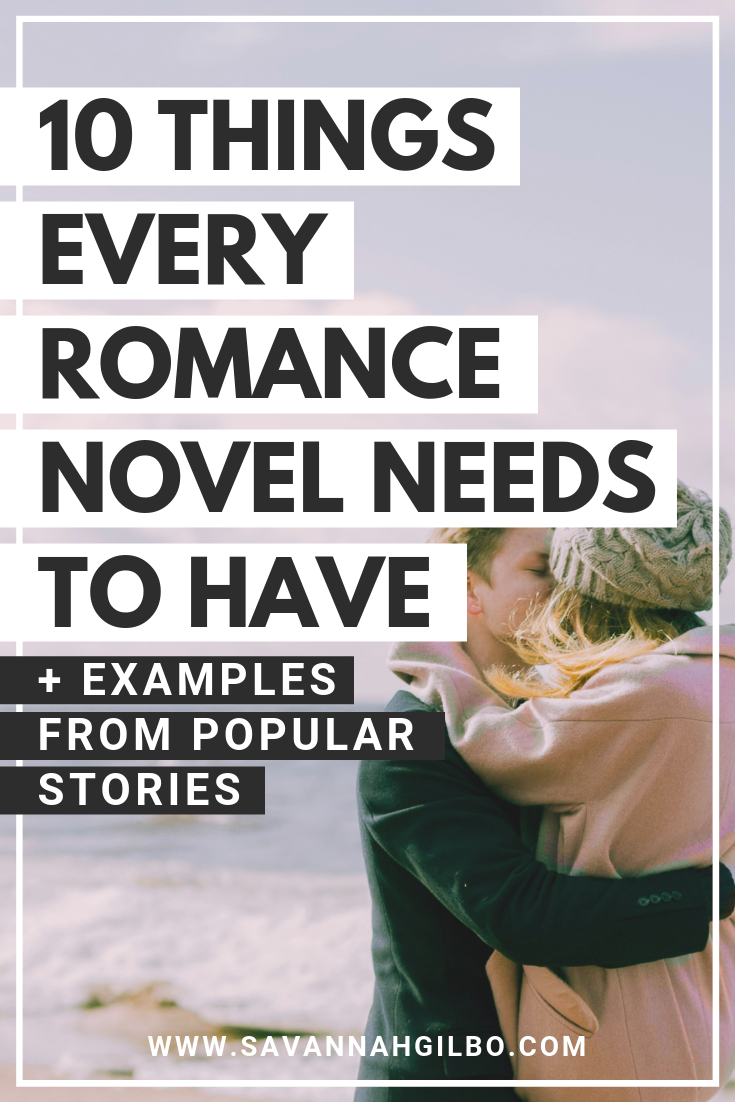