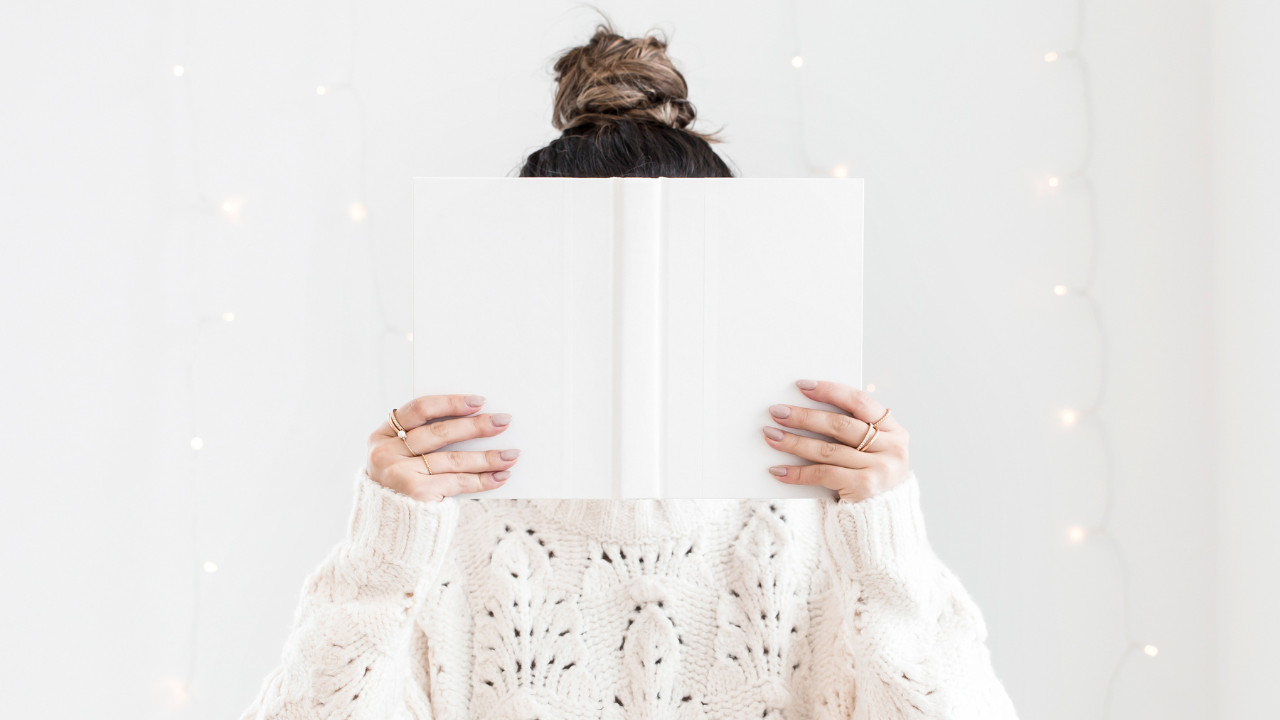 Regardless of the genre you’re writing in, there are probably some things you’ll want to keep hidden from your readers until the time is right to surprise them.

But in order to pull off a well-done surprise, you need to be sure to play fair with the reader from the start. That means you’ll need to plant clues that point to the truth in plain sight so that everything makes sense when it comes time for the big reveal.

So, how do you actually surprise the reader if all these real clues are hanging out in plain sight? How do you balance playing fair and “dangling the carrot” in front of your reader?

Put simply, you’ll need to use a mixture of “true clues” (to play fair with your readers) and “false clues” (to send readers down the wrong path). These “false clues” are called Red Herrings and that’s what I’ll be covering in today’s post.

What is a Red Herring?

Red Herrings can be anything from:

Red Herrings are a type of foreshadowing.

The term “foreshadowing” refers to all the different ways that an author can give readers hints or clues about what’s coming. Readers pick up on these hints and clues to try and figure out what’s going to happen next (or at the end of the story). But not all of these clues will lead to the truth. Some will be used to deceive the reader about what’s coming—and in these cases, the “false clues” are called Red Herrings.

Red Herrings can be used in any genre.

Examples of Red Herrings in Harry Potter & the Prisoner of Azkaban

In Harry Potter and the Prisoner of Azkaban by J.K. Rowling, both the reader and the characters are led to believe that Sirius Black is the story’s main villain (besides Voldemort, of course).

So, based on those five things, Sirius Black looks like a pretty convincing bad guy, right? Turns out, Sirius Black isn’t out to get Harry at all. He’s actually trying to protect Harry from the person who’s truly responsible for the death of Harry’s parents–Peter Pettigrew. In other words, Sirius Black is a Red Herring. So, now let’s look at everything readers learn about Ron’s pet rat, Scabbers (and how each clue points to the truth about Peter Pettigrew):

Here’s what readers learn about Scabbers:

As you can see, J.K. Rowling gave readers all the clues needed to figure out that Scabbers is actually Peter Pettigrew hidden in plain sight. Wherever one of these clues was laid, Rowling used different techniques to distract the reader from the truth. For example, when the Sneakoscope goes off, Crookshanks has just been chasing Scabbers around the room. Readers might interpret the Sneakoscope sounding off because Crookshanks is “misbehaving” or they might dismiss this bit of information entirely, chalking the whole thing up to “typical cat behavior.”

There are of course more clues than what I’ve laid out here, but hopefully, you can now see how Red Herrings work. Now, let’s take a look at some tips for writing your own Red Herrings…

Red herrings aren’t easy to craft–they have to tread a fine line between visible and invisible. They have to be obvious enough that most readers will pick up on them, but subtle enough that the reader believes it and follows the false trail. So, how do you write effective Red Herrings in your story? Here are my top five tips:

1. Incorporate the Red Herring into the fabric of the story.

Red herrings aren’t something to be pulled out of your hat when the plot lacks tension, excitement, or conflict. Like most storytelling techniques, Red Herrings have to serve a purpose and feel like they’re an organic part of the story. Not only that, but they need to be logical and have some kind of impact on the story. In the above example from Harry Potter and the Prisoner of Azkaban, Sirius Black (the Red Herring) plays a huge role in the story. If you took him out of the plot, the whole story would collapse.

2. Give your innocent characters motivation, means, and opportunity.

If you’re planning to use a character as a Red Herring, you’ll need to convince readers that this person could legitimately be guilty. To do this, you could create an innocent character that either benefits from the crime, had the means or opportunity to commit the crime, has a strong motive, or all of the above. In Harry Potter and the Prisoner of Azkaban, Sirius Black is widely believed to have been the Potter’s “secret keeper.” That gives him both the means and the opportunity to betray their location to Voldemort.

3. Give the reader no (obvious) reason to suspect your guilty character.

In contrast to your innocent character having a motive, means, and opportunity to commit a crime, you’ll want to give the real culprit no obvious reason or way to be involved in the crime. To do this, you could have a guilty character who is acting strangely but the protagonist can’t put his or her finger on why (at least not yet). You could also discredit the guilty character by giving him or her a personality or skill set that doesn’t feel typical of someone “bad” or who is capable of committing a crime. In Harry Potter and the Prisoner of Azkaban, Peter Pettigrew is described (by Professor McGonagall) as being “a stupid and foolish boy” and as a “less than average student.” Nobody would have believed that Peter Pettigrew was capable of not only betraying and murdering his friends but of siding with Lord Voldemort too. This is what makes the surprise even more enjoyable.

4. Focus the reader’s attention elsewhere when you plant clues.

This one’s really important. Misdirection is not about withholding information, it’s about giving the reader extra information and focusing their attention on that instead of the truth. In Harry Potter and the Prisoner of Azkaban, almost every clue that points to Scabbers being more than just a pet rat is easily skipped over because of the way J.K. Rowling plants clues in the story. Sometimes she diverts the reader’s attention away from the truth by hiding clues within a list of things (for example, the creators of the Maurader’s Map–Moony, Wormtail, Padfoot, and Prongs). Other times she distracts readers with action or high emotion (for example, when Crookshanks chases Scabbers around the room and Hermione and Ron get into a fight). The point? Don’t hold important information back from the reader. Figure out a way to not only discretely plant the truth in your story, but to distract the reader from that truth with something interesting too.

5. Always play fair with the reader.

When someone reads your story, they give you their trust. They expect that what you tell them is the truth. They build on each bit of information, trying to understand the big picture and figure out what’s going to happen next. Tricking the reader by misleading them is fun (both for them and for you). But if you fool them by leaving out information they would legitimately have expected to be given, then you are just messing with them. In Harry Potter and the Prisoner of Azkaban, J.K. Rowling gave readers all the clues they needed to figure out Scabbers’ true identity. When the truth was revealed, readers were able to connect all the dots because all the clues were there from the start. So, be sure to always play fair with the reader by giving them the truth, but diverting their attention elsewhere. When you can pull this off, you’ll create a story that sticks with readers until the end of time!

If you’re thinking that red herrings don’t sound that easy to write, then you are correct. They’re hard to pull off because they have to tread a fine line between visible and invisible AND they have to be obvious enough that most readers will pick up on them, but subtle enough that readers believe them and follow the false trail.

So, no, they’re not that easy to craft. But when done well, they help writers create plot twists that surprise even the most clever of readers! 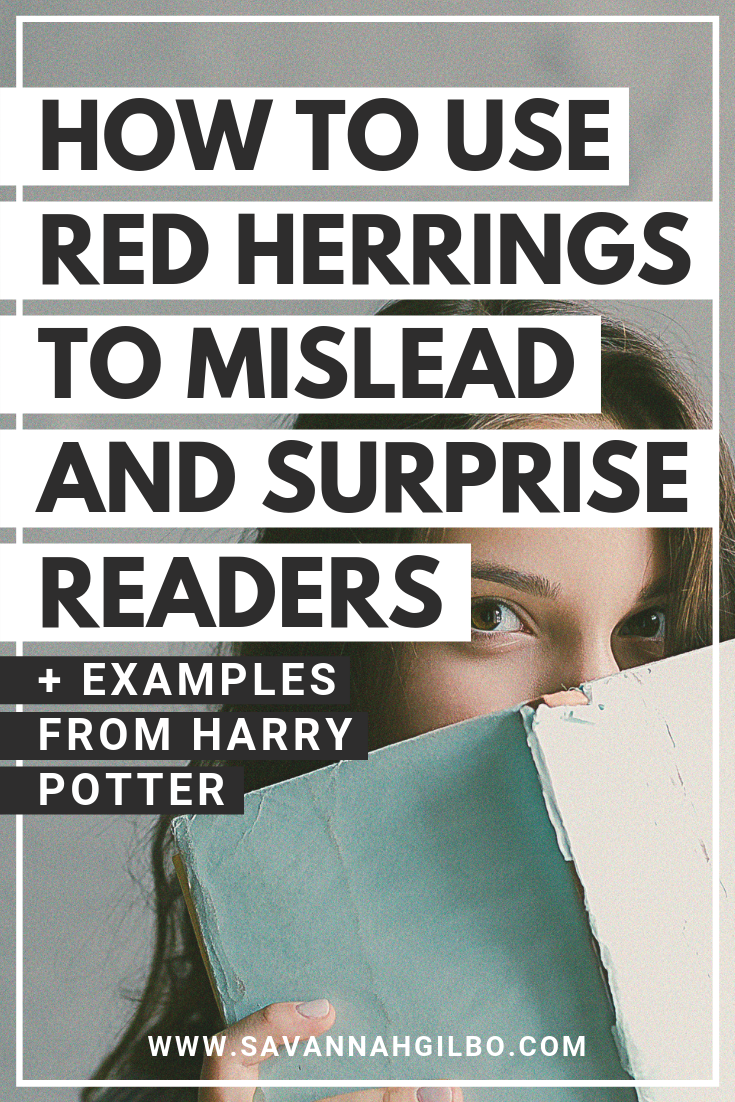 👉 Let's discuss in the comments: What are some of your all-time favorite plot twists or surprises in fiction? How do you create clues or red herrings in your story? Are there any red herring techniques that I missed?