The 6 Scenes Every Performance Novel Needs 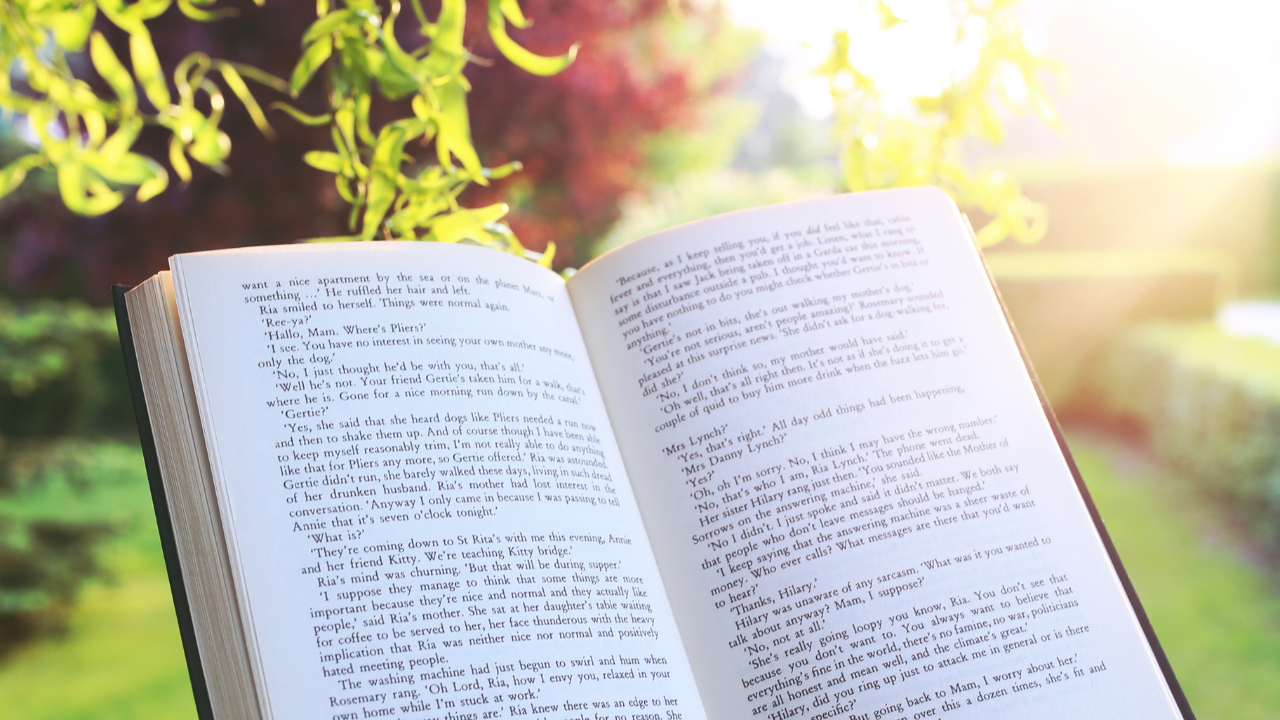 In today's post, I'm covering the obligatory scenes of the performance genre.

I’m also going to show you how these key scenes manifest in three popular movies—The Mighty Ducks, Cool Runnings, and The Karate Kid.

Well, the simple answer is that movies require less time investment than books. I’m hoping that if you haven’t seen these movies, you’ll watch them after reading this post to help cement these conventions in your mind.

But, before we get into what those key scenes are, let’s go over some basics.

What is a Performance Story?

Performance stories center around a character who wants to achieve something specific in order to prove their worth to the world. For example, they might want to win a certain award, climb Mount Everest, be the best in their field, or be famous.

However, achieving this specific thing is not what the story is really about. The characters in performance stories usually lack self-esteem or self-respect. They are searching for external validation, but what they really need is to embrace who they already are. And these stories show just that.

Beyond that, performance stories can have any tone or style, be set in any place or time, and have various levels of romance, adventure, mystery, or magic. They can include different subplots as long as the protagonist’s pursuit of that specific thing (the thing that they expect will bring the external validation they crave) remains the main focus of the story.

Why do People Read Performance Stories?

People read performance stories because they are extremely relatable. Every day we deal with the pressure to perform on the world’s stage, and we are constantly faced with decisions that could result in success or failure.

Performance stories inspire readers by showing us what life could be if only we learned to embrace our unique gifts and talents. These stories teach us to believe in ourselves and to determine our own worth instead of looking to others for the answers.

Not only that, but it’s also incredibly satisfying to see an underdog character work hard at something and succeed against all the odds. In these stories, hard work does pay off -- usually in more ways than one.

Conventions are a reasonably well-defined set of roles, settings, events, and values that are specific to a genre. They're the things that readers intuitively expect to be present in a work of genre fiction, whether they consciously realize it or not.

Obligatory scenes are the key events, decisions, and discoveries that move the protagonist along on his or her journey. These key scenes are what help to evoke emotional reactions in the reader. And, when coupled with your genre’s conventions, they will give the reader the experience they’re looking for.

Let’s take a look at our three case studies (warning–spoilers ahead).

The Key Scenes of the Performance Genre are:

#1. An Opportunity to Perform

In every performance story, the protagonist faces some kind of opportunity or challenge to perform in front of others. Usually, this does not go as well as planned because the protagonist lacks the skills and/or confidence needed to succeed. Whatever happens, this moment usually introduces the protagonist to the type of event that he or she will later train to compete in. This scene acts as the global Inciting Incident that gives rise to the protagonist’s story goal.

After the Inciting Incident gives rise to the protagonist’s story goal, he or she will go about trying to make it happen. Unfortunately, things don’t always go as planned, and the protagonist’s initial strategy for achieving their goal (and/or gaining that sense of external validation or self-respect) won't work out. Because of this, the protagonist has to come up with a better way forward or a new plan for success. This is usually when the protagonist starts to gather his or her support team and finds a mentor if they haven’t done so already.

#3. The Protagonist Commits to the Big Event

Around the midpoint of the story, the protagonist commits to a specific “big event” that raises the stakes of the story. This is something specific that the protagonist is working towards, like winning a prize, a title, or an award. Whatever it is, there needs to be a clear definition of what it means to win or lose. And usually, the protagonist thinks that by winning, they will earn back their self-respect OR earn the respect of others. So, they’re still looking for that sense of external validation here to right the wrong that happened at the beginning of the story.

#4. The Protagonist Must Change

Before the “big event,” the protagonist usually suffers some kind of defeat. This defeat challenges him or her to change their approach to life or the upcoming event. This could mean changing their perspective, digging deep to find a different source of motivation, or coming up with a new plan. At this point, your protagonist is probably asking some version of “what does respect mean?” or “how far am I willing to go to gain the respect of other people?” or "do I even care about that anymore?" This scene normally happens around the end of act two, bringing your protagonist to an “all is lost” moment.

This is the key moment in a performance story that the reader has been waiting for. It’s the “big event” -- the fight, play, tournament, recital, final round, or solo performance that the protagonist has been training for.

#6. The Protagonist is Rewarded

Regardless of whether the protagonist wins or loses, he or she is usually rewarded for having learned the lesson of the story. These rewards could be internal, external, or both. For example, the protagonist might gain self-respect, win an actual award, get a promotion, make a new friend, or gain a new sense of meaning in life. 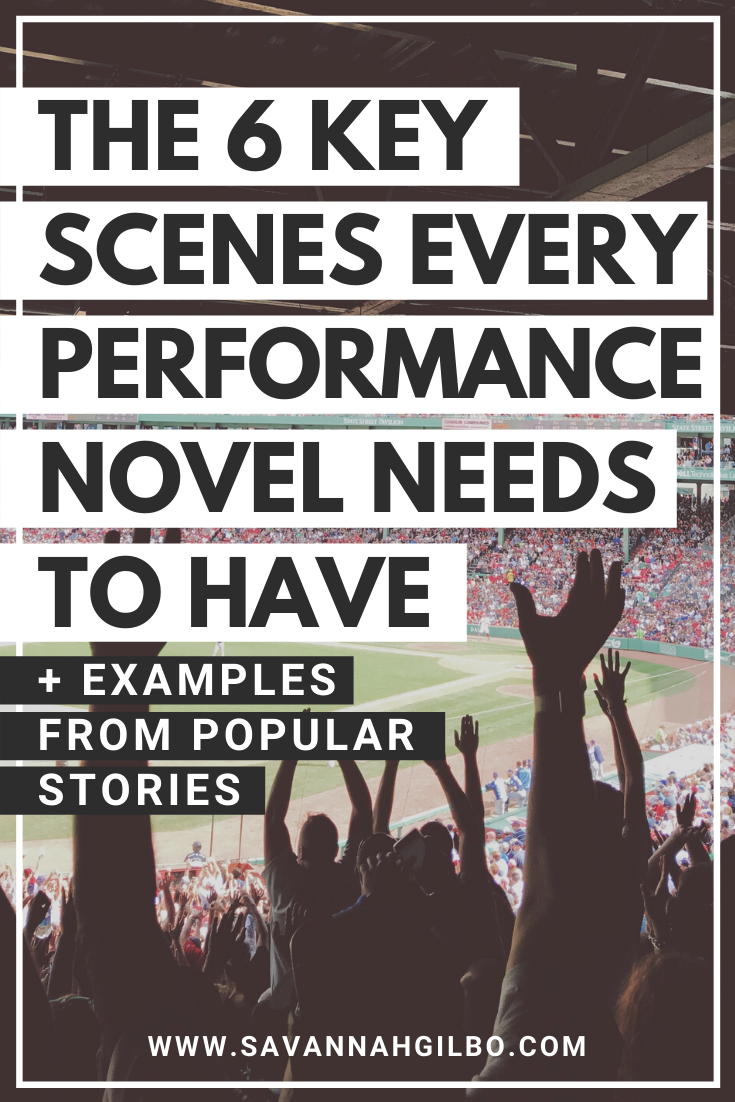 So, those are the six key scenes you need to include in your performance story in order for it to work. Now, you might be thinking -- okay, those are all really obvious, Savannah… But, you’d be surprised how many drafts I see that are missing these key moments.

And sometimes, it’s not even that the drafts are missing these key moments, but instead, they downplay these key moments or gloss over them -- and that’s just doing the reader a disservice. Like we talked about earlier, these are the key scenes readers come to romance stories for so you really want to include them in your story in impactful and meaningful ways.

So, use these key scenes to help you construct your story and then figure out how to deliver them in new and unexpected ways. Do that and you’ll not only write a story that works, but you’ll probably gain fans for life, too!