The 10 Things Every Performance Novel Needs 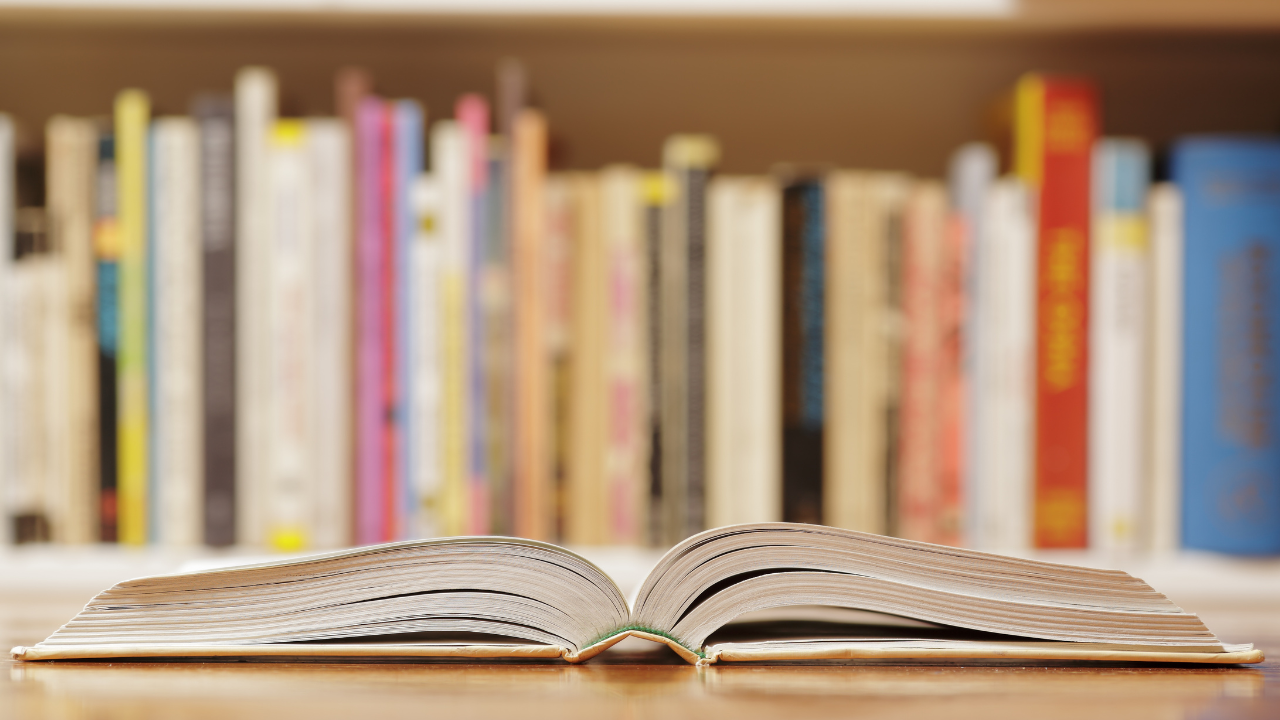 In today's post, I'm covering the conventions of the performance genre.

I’m also going to show you how these conventions manifest in three popular movies—The Mighty Ducks, Cool Runnings, and The Karate Kid.

Well, the simple answer is that movies require less time investment than books. I’m hoping that if you haven’t seen these movies, you’ll watch them after reading this post to help cement these conventions in your mind.

But, before we get into what those conventions are, let’s go over some basics.

What is a Performance Story?

Performance stories center around a character who wants to achieve something specific in order to prove their worth to the world. For example, they might want to win a certain award, climb Mount Everest, be the best in their field, or be famous.

However, achieving this specific thing is not what the story is really about. The characters in performance stories usually lack self-esteem or self-respect. They are searching for external validation, but what they really need is to embrace who they already are. And these stories show just that.

Beyond that, performance stories can have any tone or style, be set in any place or time, and have various levels of romance, adventure, mystery, or magic. They can include different subplots as long as the protagonist’s pursuit of that specific thing remains the main focus of the story.

Why do People Read Performance Stories?

People read performance stories because they are extremely relatable. Every day we deal with the pressure to perform on the world’s stage, and we are constantly faced with decisions that could result in success or failure.

Performance stories inspire readers by showing us what life could be if only we learned to embrace our unique gifts and talents. These stories teach us to believe in ourselves and to determine our own worth instead of looking to others for the answers.

Not only that, but it’s also incredibly satisfying to see an underdog character work hard at something and succeed against all odds. In these stories, hard work does pay off -- usually in more ways than one.

So, how do you deliver these specific emotional experiences readers are looking for? Well, you can start by including the obligatory scenes and conventions of the performance genre in your story. In this post, we’re covering the genre conventions. Let’s dive in.

If you don’t deliver the obligatory scenes and conventions of your genre, your story just won’t work. So, what are the conventions of the performance genre?

Let’s take a look at our three case studies (warning–spoilers ahead).

The Conventions of the Performance Genre are:

#1. An underdog hero with a special gift.

The first thing you’ll want to include in your performance story is an underdog protagonist. So, in these stories, the protagonist is usually an underdog with a big heart and a lot to learn. The competition is always better trained and more equipped for success in the upcoming big event. Luckily, in most cases, the protagonist has some kind of special gift whether it be a big heart, a strong will, or an excellent support system.

The second thing you’ll want to include in your performance story is a MacGuffin or something specific that the protagonist is working toward. This could be something like a big event, a prize, a title, or even an award. Whatever it is, this specific thing is what sets the story in motion, but often has less meaning once it’s achieved. So, for example, winning first place in a competition that you hoped would bring you happiness and change your life forever, but then realizing that your life is exactly the same, you just have a blue ribbon now. Whatever it is, the important thing to note is that there needs to be a clear definition of what it means to win or lose.

#3. A Mentor with Baggage

The third thing you’ll want to include in your performance story is a mentor with a little bit of baggage. In performance stories, there’s usually one or more mentors who are responsible for training the protagonist or getting them ready for the upcoming event. Mentors can be anyone from a coach, to a retired performer, to a parent, to a friend, or really anyone with the skillset to help get the protagonist ready for whatever big event they’re working toward. The mentor in these types of stories usually has some kind of personal wound or shortcoming in their past that they will also have to overcome (or not) by the end of the story. And as a side note, the mentor’s wound is a great place for you to reinforce the theme of the story if you’re writing a performance novel.

#4. A Team of Supporters

The next thing you’ll want to include in your performance story is either a training sequence or a trial sequence that will help your protagonist get ready for the big event. So, with whatever upcoming big event in mind, the protagonist must practice to gain (or recover) the necessary skills or knowledge to perform (and hopefully, succeed). The key thing here is to make sure that there are “levels” or “tiers” that let the reader know how the protagonist is advancing toward their goal. So, for example, in karate, there are different color belts. This lets an outsider know how far you’ve come in your karate skillset. Something else to consider here is that, typically, as the protagonist trains and learns new skills externally, they tend to grow and change on the inside, too.

The next convention you’ll want to include is a worthy opponent for your protagonist to face. Without a worthy opponent, there’d be no one standing in your character’s way, and nothing forcing them to grow and change. Now, that being said, the protagonist’s opponent doesn’t always have to be bad or evil. Sometimes, they just simply want the same things s the protagonist and only one of them can come out the winner.

The next convention you’ll want to include in your performance story is some kind of monkey wrench that gets thrown in just when victory is in sight. So, something that stops the protagonist’s plan cold. This could be anything from a rule change to a technicality to an exposed secret or even something like a storm. Usually, this comes into the story right around the midpoint or the “all is lost” moment (depending on the kind of story you’re writing) and causes the protagonist to feel like there’s no hope for success.

#9. An Internal Change in the Protagonist

The next thing you’ll want to include in your performance story is some kind of internal change within your protagonist. So, at some point in every performance story (or almost every story, really), the protagonist realizes that the world isn’t going to change so, he or she needs to change instead. This is usually when they stop caring so much about getting approval or external validation from others, and instead learn to value themselves, just as they are.

The next and last convention you’ll want to include in your performance story is a bittersweet ending. And what I mean by this is that there’s usually a clear sacrifice made, or a need met, in light of a loss. So, this is where the prize or award your protagonist has been racing toward pales in comparison to the real treasure -- love, friendship, self-esteem, whatever lesson they learned throughout the story. In other words, they got what they wanted, but it probably doesn’t hold the weight or sense of importance that it used to. 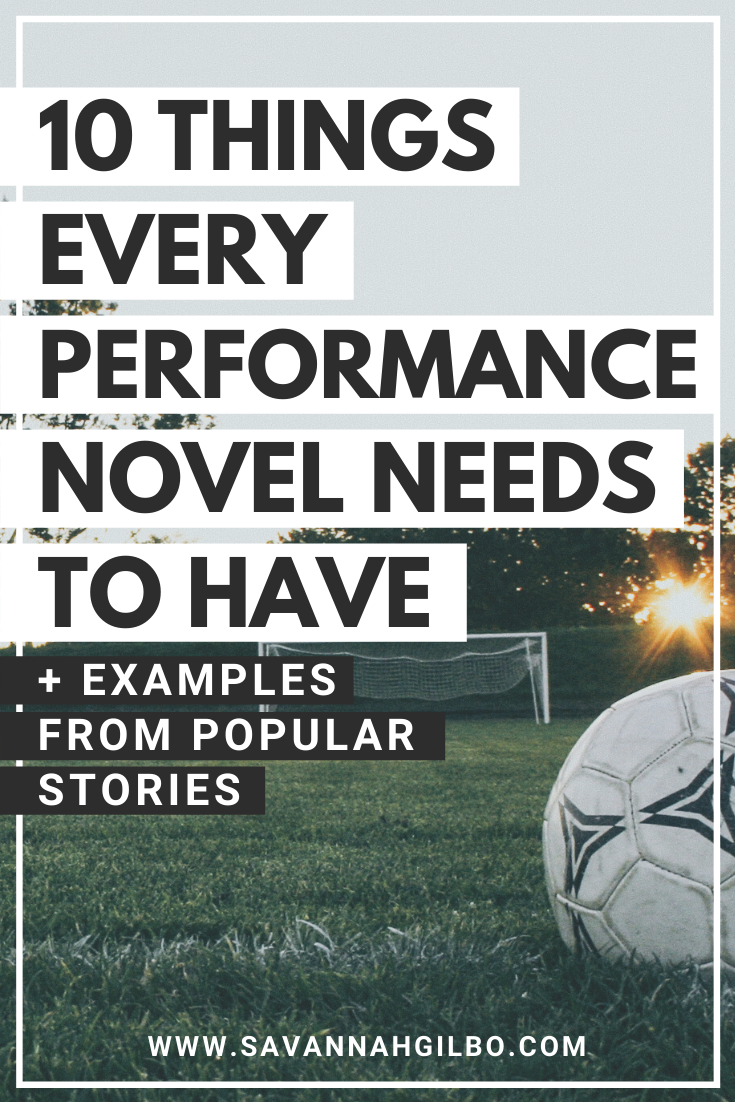 If you do that, you’ll not only write a story that works, but you’ll probably gain fans for life, too -- and that’s the dream, right?