Narrative Drive: How to Write a Page Turning Novel 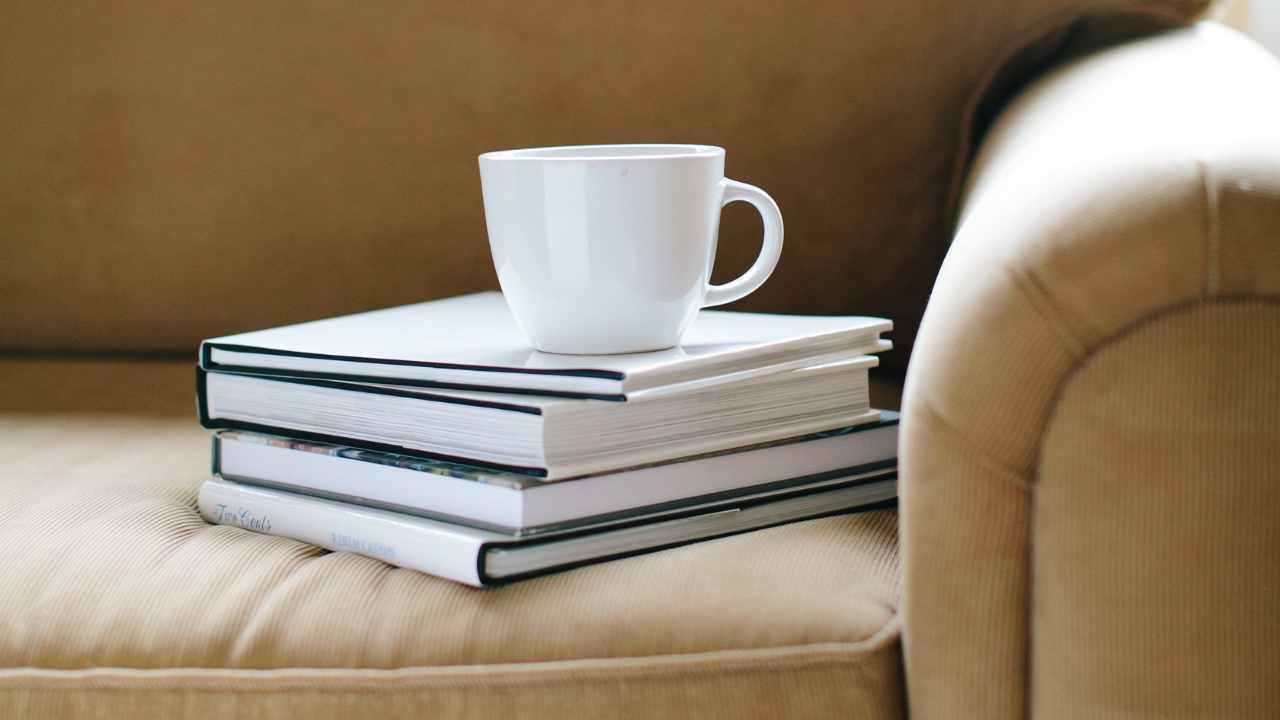 If you’re writing a book, I’m sure you’ve wondered how to write a story that grabs and keeps the reader’s interest from page one all the way to “The End”.

But how do you craft a story that has this effect on a reader? And what is it exactly that compels a reader to turn page after page to find out what happens next anyway?

Narrative drive is the stuff that pulls readers into a story and keeps them spellbound.

And in today’s post, I’m going to explore all things Narrative Drive–What is it? Why do you need it? How do you create it? And how to fix it when it’s broken. Let’s dive in.

What is Narrative Drive?

Narrative Drive is what gives a story its forward momentum. It’s what hooks the reader on page one and pulls them through the rest of the story.

According to Robert McKee, Narrative Drive is created and sustained when a story plays on two primary “needs” of the reader—one intellectual: curiosity, and one emotional: concern.

For example, in a murder mystery, the “curiosity” dial would be turned all the way up. The reader wants to follow the master detective as he or she uncovers clues and solves the intellectual puzzle of “whodunnit.” The “concern” dial would be turned down (almost or all the way) because the reader doesn’t necessarily need (or want) to empathize with the master detective. They just want to solve the puzzle.

So, now that we know what feelings pull a reader through a story, we have to understand how exactly to evoke those feelings. In other words, how do you manipulate a reader’s feelings in a way that makes them curious or concerned enough to turn the page to find out what happens next?

3 Methods for Evoking Curiosity or Concern

There are three main ways to evoke feelings of curiosity and/or concern in a reader. Each method has to do with how much information the reader has compared to the characters at any given time in the story.

Stories that hold a reader’s interest through curiosity alone are driven forward by mystery. In this scenario, the reader has less information than the characters.

These are the stories where expositional facts, particularly facts in the backstory are concealed from the reader. The reader feels curious about these past events, and are teased with hints of the truth, and deliberately misled by “red herrings,” so that he or she doesn’t know what to believe and what to dismiss. In other words, the reader has to rely heavily on their intellect to “solve the puzzle.”

In stories driven by mystery, readers don’t feel a whole lot of concern for the protagonist because it’s often hard to emotionally connect with someone like a master detective who’s charming and likable (i.e., too perfect) and never in real jeopardy.

Stories that hold a reader’s interest through concern alone are driven forward by dramatic irony. In this scenario, the reader has more information than the characters.

These are the stories that open with the ending, giving away the outcome on purpose, so that the reader feels a sense of dread or concern as the protagonist gets closer and closer to their fate.

Readers already know what’s going to happen, so they don’t feel a whole lot of curiosity about facts and consequences. Rather, they pay closer attention to motivations and the forces at work in a character’s life to figure out how the character got from point A to point B.

Stories that hold a reader’s interest through a mix of curiosity and concern and are driven forward by suspense. In this scenario, the reader has the same information as the characters.

In these stories, the reader feels both curiosity and concern as they experience the events of the story at the same time as the character. This allows for a high level of empathy between the reader and character because neither one knows what’s about to happen next.

The majority of commercial fiction falls into this category. Why? Because it attracts both your intellectual side (mystery) and your emotional side (concern) and most readers want this kind of balance.

How does this help you write your book?

Well, first it’s important to note that every story has one main question that it raises in the beginning and answers by the end. Usually, these questions are determined by a story’s genre. For example:

You get the idea…

It’s this major dramatic question that pulls BOTH the reader and character through the story. It determines what the reader wants to know, and what your character’s goal will be.

For example, in an action story, a character’s over-arching story goal might be something like “survive the asteroid attack and save the rest of Earth in the process.” Throughout the story, this character would be working really hard to achieve this goal, and the reader would be following along to learn whether or not he or she will succeed.

This global question and answer pairing is sometimes called the “spine” of your story, or the main story thread. It’s what every line of dialogue, every scene, every sequence, every subplot, and every act should be contributing to. Because if it doesn’t, what’s the point of including it in your story?

And that brings me to the next topic–areas where writers commonly go wrong in terms of Narrative Drive.

A story with “broken” Narrative Drive feels like it’s going nowhere. Readers scratch their heads wondering when the story is actually going to start and might question whether or not it’s even worth finishing. In order to prevent that from happening, make sure you’re not doing any of these five things that kill Narrative Drive in your story:

1. Too much backstory or exposition.

Narrative drive is all about parceling out information in such a way that keeps the reader asking questions and worrying about your protagonist. When you have a long passage of backstory or exposition in a scene or chapter, it reveals too much information at once in a way that repels readers rather than intriguing them. The best way to make sure you’re not doing this is to sprinkle in backstory or exposition where it’s relevant to whatever is happening in the scene. In other words, show how your protagonist’s past negatively affects or helps him or her deal with whatever they’re facing in the story present.

2. No cause and effect trajectory.

When one scene does not cause or lead into the next scene, it slows the story down and derails the reader. Say for example that you are writing a mystery and you have a chain of scenes where the master detective is following the clues, and then all of a sudden you throw in a scene where the detective is talking to his ex-girlfriend about their failed relationship for no reason. This is going to confuse your reader and probably annoy them. To avoid this in your story, make sure each scene causes the next scene to happen. Show how the events of each scene affect your protagonist both externally and internally. For example, because X happened (cause), and the protagonist feels Y about it, he will do Z (effect).

False mystery creates fake curiosity caused by the artificial concealment of a fact. In other words, something that could and should have been given to the reader is withheld in the hope that it will sustain their interest over a long period of time. This is not “playing fair” with the reader and will only result in losing the reader’s trust. To avoid doing this in your story, make sure you play by the rules you’ve established in your story. If the reader has always found out information at the same time as the character, don’t all of a sudden hide an important fact from only the reader.

Cheap surprise takes advantage of the reader’s vulnerability. You can always jolt readers by throwing in something truly shocking, like a car crash for no reason other than shock value, but if it doesn’t affect your protagonist and your story, then what’s the point? In certain genres, small amounts of cheap surprise are okay—for example, in some horror, thrillers, and action stories, this is part of the fun. So, in order to avoid doing this in your story, make sure any twist or surprise has a purpose.

Coincidence happens in real life, so you don’t need to totally avoid them in your story, but rather handle them in a way that’s purposeful. You should never have something can’t pop in the story, affect a scene, and then pop out never to appear again. To handle coincidences the right way in your own story, make sure you introduce things early on in the story in a way that seems meaningless and allow them time to build into something meaningful. Never use coincidence to solve a problem at the end of the story–that’s called a deus ex machina, and it annoys and insults the reader.

So, what do you do if you’ve made some of these mistakes in your own work-in-progress?

How to Fix Broken Narrative Drive:

First, it’s important to note that slowing down the action in your story isn’t always a bad thing. Sometimes it’s the right thing to do if it helps the overall pacing of your story, or if you want to give the reader a much-needed break after a sequence of action scenes.

But coming to a complete halt, for no good reason, is a problem that will cause readers to lose interest in your story and pick up another book. So, what do you do if you notice some sluggish areas in your manuscript that weren’t done on purpose?

Well, you can start by asking yourself these questions about each scene:

So, there you have it! Everything I know about creating Narrative Drive that grabs a reader’s interest and sustains it throughout the story.

If you understand Narrative Drive, you’ll never have a problem pulling readers into your world. But is it the only thing you need to worry about in order to keep readers engaged with your story? No, it’s not. Narrative Drive is linked to many other storytelling principles– like character, plot, etc.—that when done well, and woven together masterfully, add up to create a story that works. 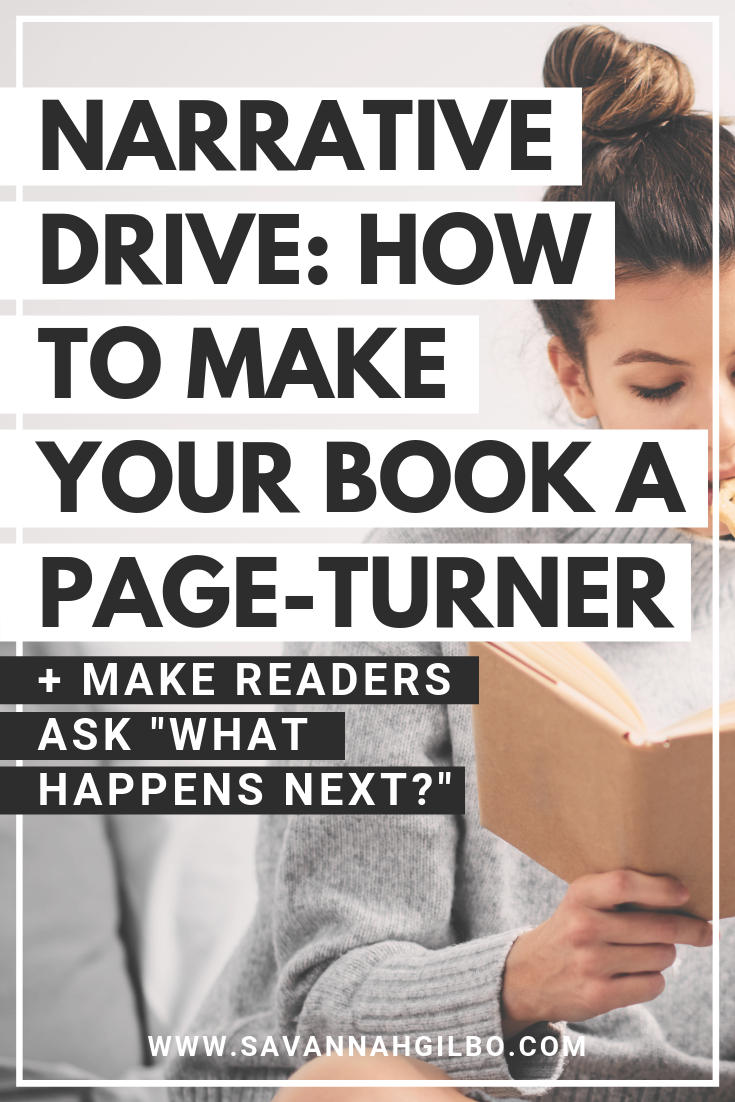 👉 Let’s discuss in the comments: Which method of narrative drive do you most use in your story? Do you like to read stories that hold your interest through curiosity, concern, or a little bit of both? Let us know in the comments below!