The 6 Scenes Every Action Story Needs 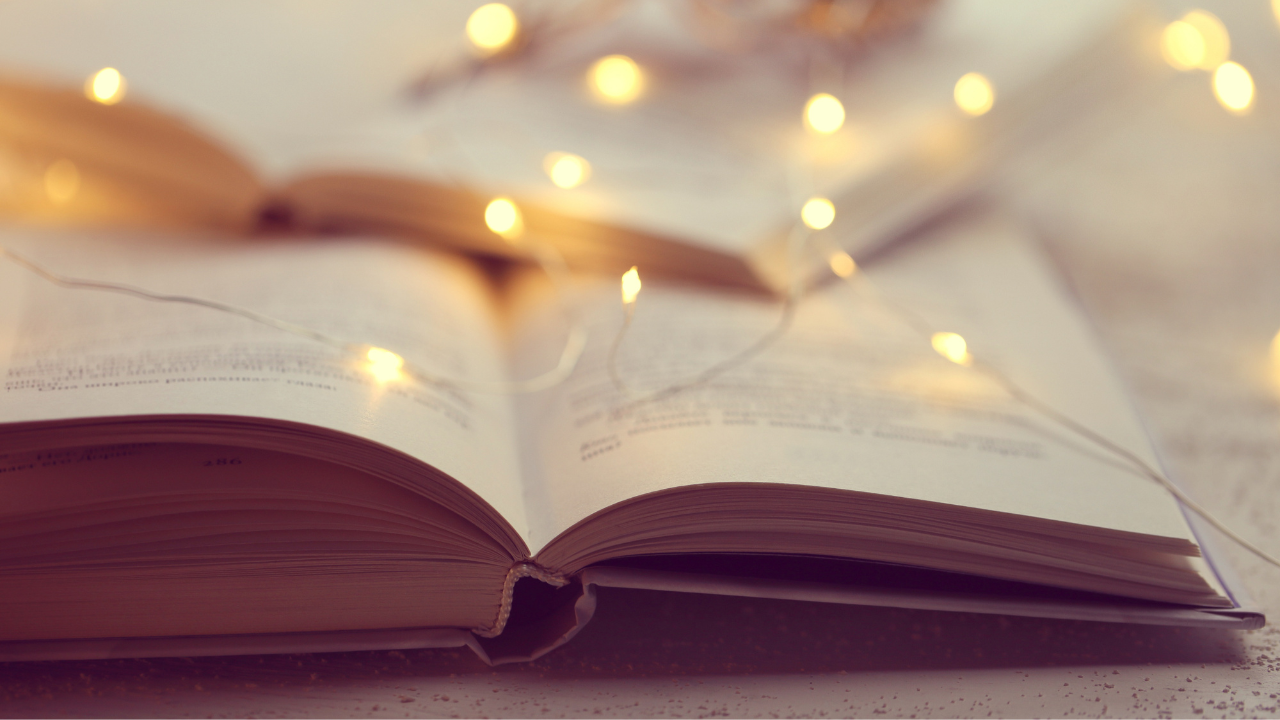 In today's post, I'm covering the obligatory scenes of the action genre. If you want to write an exciting action story that works -- and that satisfies fans of the genre -- then you need to nail these six key scenes in your novel.

I’m also going to show you how these key scenes manifest in three popular movies—Iron Man, The Hunger Games, and Guardians of the Galaxy.

What Makes an Action Story?

Action stories are about life and death and good versus evil. They’re about a character who has to rise up, overcome great obstacles, defeat forces of evil, and maybe even save the world.

But that being said, these stories aren’t always about superheroes. In fact, the protagonist in an action story is usually someone who is like us, but different.

They’re special or unique in some way -- and because of that, they’re often misunderstood by the rest of society. And that is what makes this genre so relatable.

Because even if we don't have magical powers, special abilities, or an unwavering faith in a certain mission or destiny, we’ve all experienced the curse of feeling different or being misunderstood. And this is where action stories come in.

Beyond that, action stories can have any tone or style, be set in any place or time, and have various levels of romance, mystery, adventure, or magic. They can include different subplots as long as the protagonist’s fight for survival (against the antagonist) remains the focus of the story.

Why do people read action stories?

People choose to read action stories to experience the excitement of the life and death stakes and situations that the protagonist is presented with.

But it’s not just about that -- like I said earlier, we choose these stories because they inspire us to become the best versions of ourselves, too.

These stories show us that even a character destined for greatness has problems -- and that their problems aren’t too different from our own. I mean, how many of us have had fantasies about being special or about rising up and proving that we’re better than our peers or better than those who try to keep us down? I know I have -- and I’m sure you have, too.

So, it’s that plus the good versus evil dichotomy that reassures us that if we keep at it, if we embrace our unique gifts or talents, we know that good will eventually prevail.

So, what are the obligatory scenes of the action genre? Let’s take a look at our three case studies (warning–spoilers ahead):

Key Scenes of the Action Genre are:

The first key scene your action story needs is a scene in which there’s a life-threatening attack by the antagonist (or the antagonistic force). So, this is something that takes away your protagonist’s agency and has a destabilizing effect on their life.

Usually, the protagonist fails to register the need to respond to this attack, or they choose to avoid engagement because they’re focused on a different goal. In other words, they assume that whatever happened in this scene is someone else’s problem, so they make the minimum effort necessary when responding, essentially skirting the responsibility to respond.

The second key scene your action story needs is a scene in which the protagonist half-commits to going against the antagonist. And usually, before this moment happens, the antagonist attacks again or the protagonist receives more information about prior events (that happened earlier in the story, like in the inciting incident), and they begin to recognize and make sense of the chaos unfolding around them.

So, either the antagonist attacks again which leads the protagonist to start engaging in the conflict more, or the protagonist learns or realizes something that pushes them to half-commit to engaging with the conflict. Essentially, in this scene, the protagonist decides to take up the mission to restore some kind of order to their life and to the lives of everyone else around them.

3. The Protagonist Understands What the Antagonist Wants Scene.

And usually, this happens because the protagonist has done something that the antagonist didn’t expect -- so, they’ve taken some kind of action that makes the antagonist assert their power, thus revealing their hand.

Because of this, the protagonist realizes that things will never be able to go back to normal and that this half-commitment to going against the antagonist isn’t going to solve the problem. This scene is often the midpoint of the global story.

The fourth key scene you’ll want to include in your action story is a scene in which the protagonist reaches an “all is lost” moment and realizes they must change their approach if they want to survive. Whatever strategy they had at the beginning of the story has officially failed, and it seems like death is an absolute certainty. The protagonist now has to decide how they want to live their final moments now that death feels imminent.

5. The Protagonist is at the Mercy of the Antagonist Scene

The fifth key scene your action story needs is a scene in which the protagonist is at the mercy of the antagonist. So, this is a moment where the protagonist finally faces off with the antagonist, and in order to win, he or she has to use their special gift, talent, or skill to save themselves and others.

In most cases, this scene will contain at least one element of sacrifice -- either on the protagonist’s part or on the part of other characters. And because of that, the protagonist is not only fighting to five their final moments meaning, they’re also fighting for their allies’ lives, and the lives of innocent people, too. This is the big moment the story has been leading up to -- it’s that climactic moment readers have been waiting for since page one.

6. The Hero’s Sacrifice is Rewarded Scene

The sixth and final key scene you need to include in your action story is a scene in which the protagonist is rewarded for their sacrifice. So, sometimes this is when the protagonist wins a medal, or they finally get the girl, or they finally just feel happy or fulfilled for the first time in their lives. Essentially, this is just bringing the story to a close and giving readers a sense that the protagonist’s sacrifice was worth it and that their actions did have meaning. So, what is their life like now? How have things changed?

These are the scenes that readers come to action stories for.

Everyone wants to see the moment where the protagonist faces off with the antagonist and they use that special talent or skill to defeat them, right? Can you imagine an action story without that scene? It just wouldn't be the same.

Find a way to give the reader what they want, in new and unexpected ways, and you'll gain fans for life. Many great action stories stick with us because they include these key scenes in an innovative way. You can do this, too! 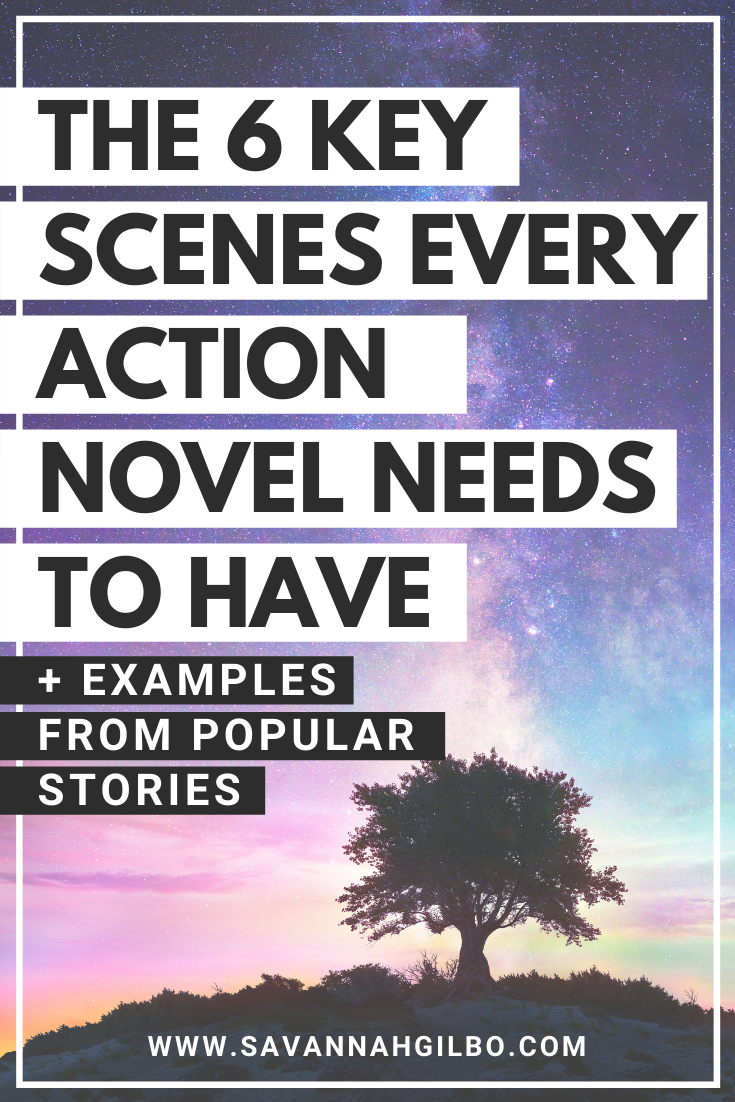 👉 Let's discuss in the comments: Are you writing an action novel? How do you come up with innovative ways to deliver the obligatory scenes of the genre?